Japan’s train system is an amazing thing. Incredibly efficient, quiet and super fast. We zipped across the country in a few short, comfortable, and scenic hours.We had excellent views of Mount Fuji as we passed by it. Rin, Justin’s new travel companion had never seen the country side before so that was nice.

After arriving in Hiroshima we checked into our ryokan style hostel room before heading out for something to eat. 70% of our meals while in Japan came from 7/11. No, we didn’t dine on taquitos and slurpees everyday. Japan’s 7/11’s (and Hong Kong from what we saw) have an excellent variety of healthy and quick eats on the cheap. Steamed pork buns and seaweed rice triangles filled with salmon or tuna were a very common meal on this trip. 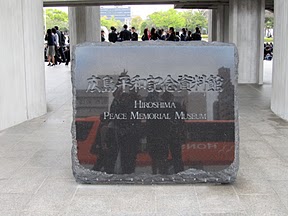 The first sides of Hiroshima we experienced was the war torn past. Our hostel was only a short walk to the Hiroshima Peace Memorial museum which is located in peace park, a few hundred meters away from where the bomb went off. It felt very odd to be walking there considering the whole area, including where we were sleeping, was reduced to nothing almost 65 years ago. It was very humbling and emotional to be there. I felt the same sickness and sadness when I visited Flanders’s Field a few years back. In both places you could feel death. We slowly walked through the museum, reading survivors stories and historical facts. We had taken our time then as we were being ushered out at closing time realized there was a second building full of articles to see. We rushed through that part as the museum was closing. Even if we hadn’t been there at closing time I don’t think I personally could have stayed much longer. 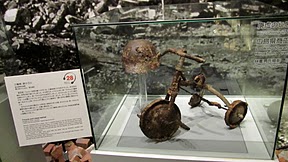 The stories, pictures, and displays were too much to take all in. It seemed like it all should have been fictional or in the movies. Stories and images of living peoples skin melting off is not a fun thing. Obviously Hiroshima knows this. They want the rest of the world to know this as well. The museum and park not only serve as a memorial but as a dark reminder of what nuclear war brings. The city has unwilling accepted the task of promoting world peace and protesting the use of nuclear weapons. With that the mayor’s, past and present, of Hiroshima protest countries that have said weapons and tested them. 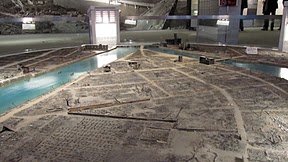 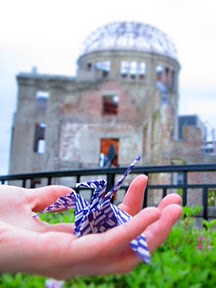 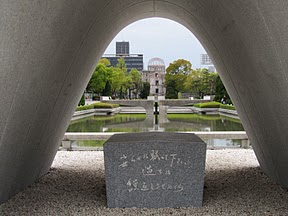 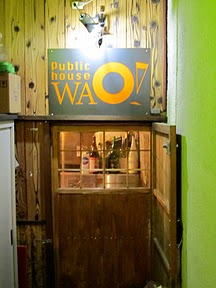 We somberly strolled the parks grounds visiting the various memorials.

We made our way to the still standing A-bomb dome. This is one of the only structures that survived the blast and has been left standing as a memorial and reminder of the destruction caused.
Taking all of this in made us want a drink and appreciate it. We set out in search of  the other side of Hiroshima and decided to start looking in a bar. We quickly found that Hiroshima is a very developed and modern city. No dwelling on the past here. We eventually found ourselves at a very small, very cool bar called Wao. The owner was happy to have us and chatted us up while serving us local plum wines. So good. We would later take some banana plum wine to go. After mentioning we were looking for a place to have okonomiyki, a Japanese dish famous in the area, the owner of the pub not only suggested a place but walked us there in the rain. Did I mention that we had fallen in love with Japan and the two sides of Hiroshima? 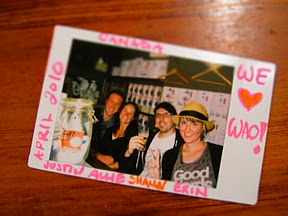 The place she brought us to was run by her friend and was another great little bar like restaurant. The owner prepared our meal in front of us while we watched, commented, and took a thousand pictures. Take that Japan. These Japanese style pancakes are amazing and became my favorite meal in the country. How great dose this look? 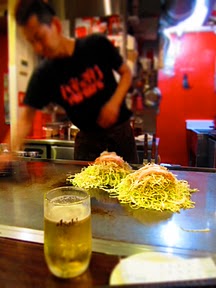 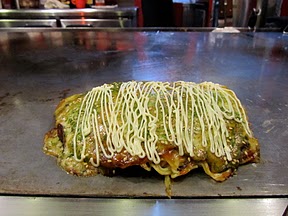 Full up on cabbage, we made our way back to Wao to thank the owner for showing us such a great place. Night caps of plumb wine followed. Justin, now on antibiotics enjoyed a nice coca cola and a game of brick breaker. 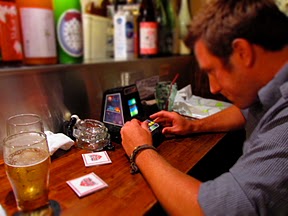 The next day we headed to Myajima island. This was one of the sights I really wanted to see in Japan and it did not disappoint. The island contains many shrines and temples but is most famous for its submerged bright orange tori gate and matching shinto shrine. The shrine is built out into the bay on piers. Walking the grounds and shrine was very peaceful and relaxing. This just added to our love for the country. The friendly island deer didn’t hurt the experience either. 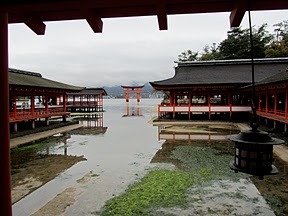 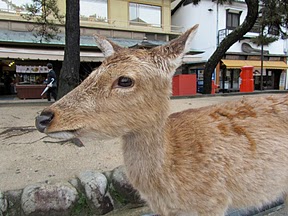 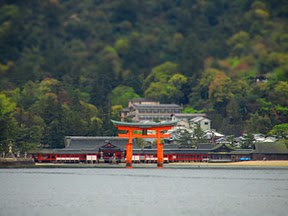 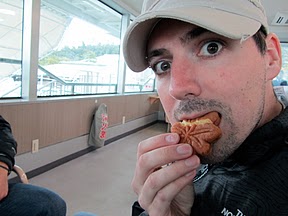 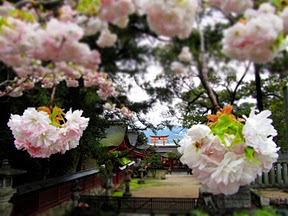 We grabbed some some tasty sweet bean paste filled pastries as we left the island. Another area specialty checked off the list.

Do your best Kyoto, our expectations have been raised.