The Home Stretch Through Montana 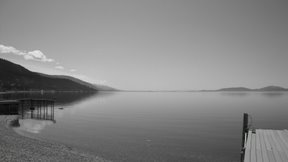 Leaving Yellowstone we made our way west through Montana. We could have headed north but I had heard the border crossing into Alberta was very busy. On top of that going through BC is much more scenic. We made our way as far as Missoula one night then headed north around Lake Flathead to Kalispell (where we did some last chance shopping) then to Eureka where we stopped for the best meal we had on the trip. It was really very odd, the only place open in the town was this little 50’s dinner. When we walked in we were surprised to find candle lit tables, an amazing menu and soft music playing. There was even a table of french people chatting over a few bottles of wine. “Where are we?” I asked Erin in a more than confused tone. Apparently during the day its buggers and malts but at night it transforms into quite the fancy restaurant. The only thing that doesn’t change is the price. We had an amazing meal on the cheap. Fully satisfied we headed to the border crossing.

Pulling up to to the crossing we saw no signs that said exiting US so we continued until the Canadian boarder where it appeared we had awoken the guard as he had his feet up. “Anything to declare?” he asked in a gruff tone. “About $700 between the 2 of us and this Jeep.” I replied rather politely. The guard looked annoyed. “You thought this would be a good time to do that?” 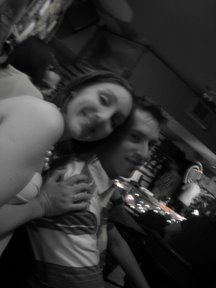 Confused I asked if they were indeed a 24/7 crossing to which he confirmed but said there were only 2 guards on duty. I looked around and saw more deer than people and cars combined. “You didn’t think to stop at the US side to declare it?” he continued. ” I tried to but didn’t see any turn off and then ended up here…” He interrupted me and said it was hard to see and isn’t labeled Why give me a hard time then I do not know. “So what else did you buy…cause if your not accurate I will take your shinny new Jeep away” “Ummmm…excuse me?” I then told him we had no more than $700 between us and that it was well below what we were entitled to. He then started to lighten up and sent me around to the US side to clear the Jeep. The US customs were very friendly and the process was smooth. When I got back to the Canadian side the customs agent started being buddy buddy with me talking about my Jeep and the deal I got. All the while only one other vehicle had come through.

Other than the Canadian agent, the process was very smooth and took about 1/2 hour. All I had to do was prove I bought it and pay the GST. Blue is now a Canadian. 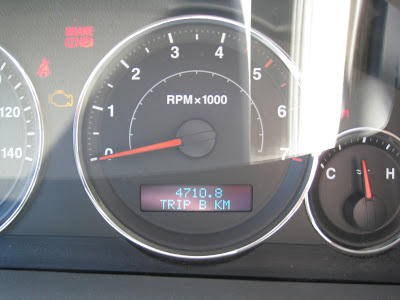 We made it as far as Golden that night. In the AM we spent an hour at the hot springs before continuing on to Calgary where we met up with some of Erin’s friends.

After a night of drinking we made the final leg home. 4710.8 KM later we were home. Overall it was a great trip and would do it again in a heartbeat. Not only did I get a new Jeep but a new room mate as well. The theory here is there will be less travel costs as we won’t be flying across the country anymore…or will we…no, no we won’t…or will we…