Apparently it doesn’t take much to make me giggle like a schoolgirl. Give me a tiny blue car with a stick shift on the left-hand side and I will (almost) wet my pants. We were off on a Garden Route in 3 days tour and I could barely see past the tears in my eyes. Get it together man, this is one of the most scenic drives in South Africa.

As we pulled away from the Cape Town car rental agency in our baby blue Datsun (think Toyota Echo but with a hamster wheel for an engine) I couldn’t contain myself. The combination of the clown car and driving on the left side for the first time proved to be too much. The laughter subsided around the picturesque pass around Paarl, but the giggles would return several times during our Garden Route in 3 Days trip. 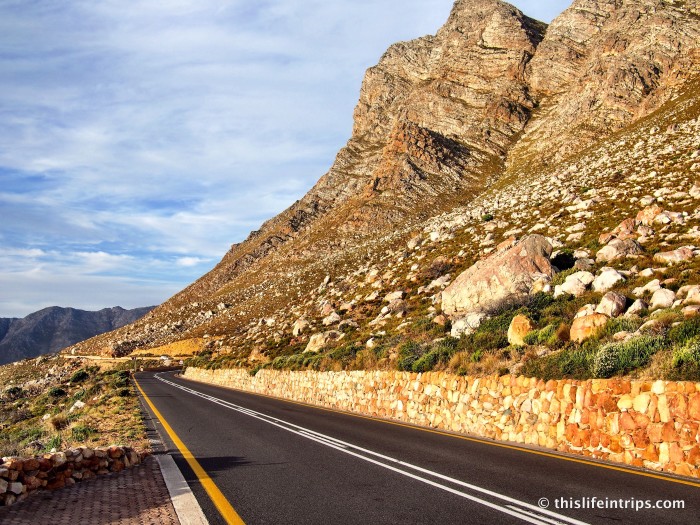 Our itinerary had us stopping in Robertson to see if I had any relation to the wine town. After visiting the Robertson Valley winery I came to realize that the only relation is the love of wine that comes from there. We bought a bottle of Shiraz that was ranked 3rd best in the world and it only set me back 160 rand, which is expensive by South African standards. This works out to around $16. 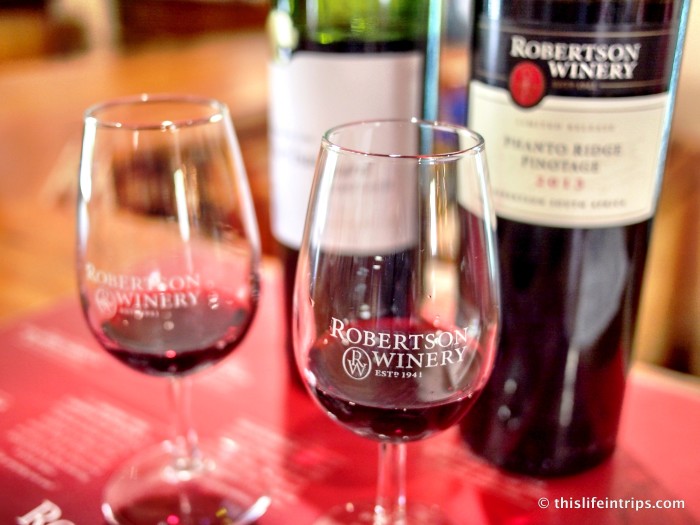 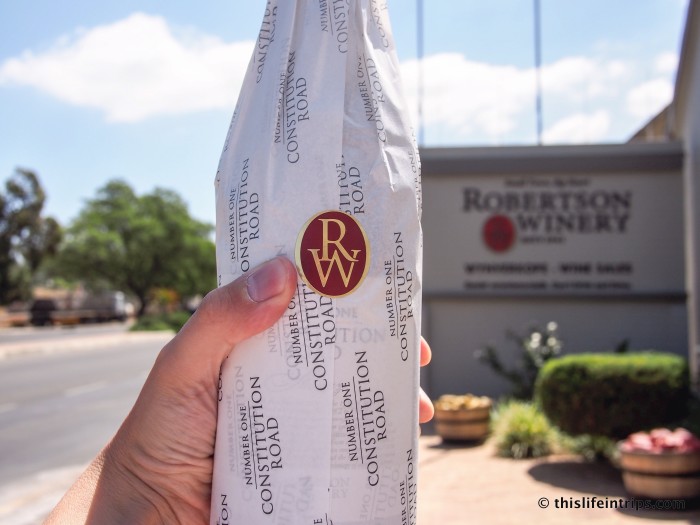 We got talked into a brandy tasting next door at the Klipdrift Distillery. As I found on my Rovos Rail trip, turns out I really love brandy. So do South Africans as it is the countries #1 selling spirit and is often served with Coke or ginger ale. Odd combo but delicious. 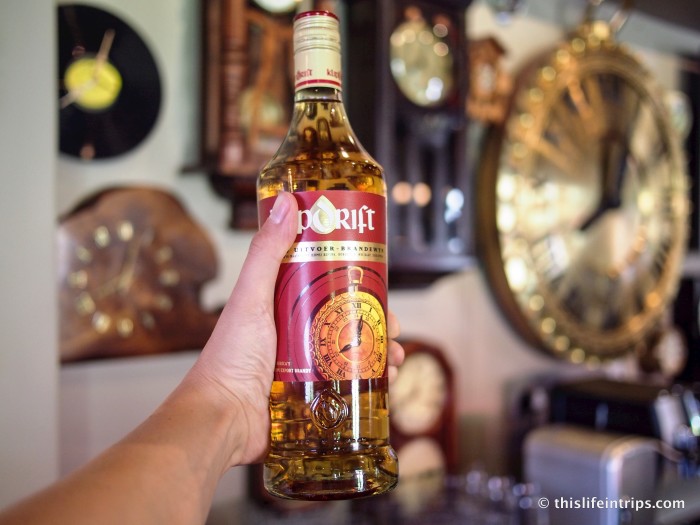 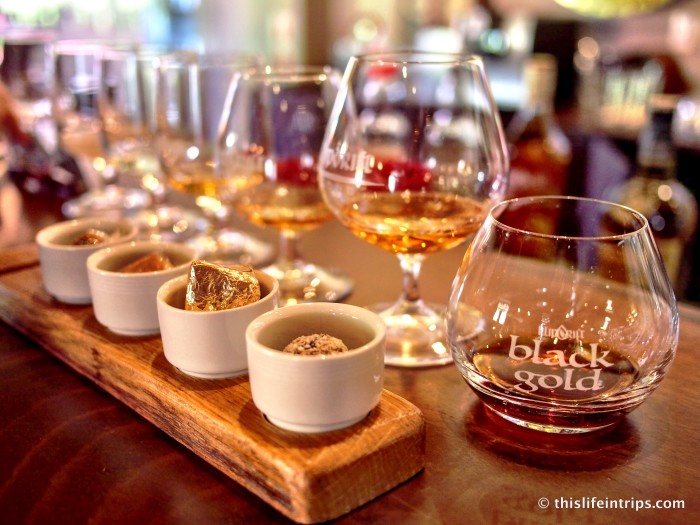 When we returned to our tiny blue Datsun the car would not start. I had left the lights on from going through the nearby tunnels and the tiny cars tiny battery didn’t like that. This is where my name came in handy as the workers of the winery thought it was funny I shared the same name and gave me a boost. Good start.

We had intended to hit a few wineries in Robertson however our failed battery set us back – as did the Robertson and brandy tasting.

Note: Do not drive when visiting Cape Towns wine region. It is no fun. Instead, hire these guys – PG Tops Tours

We headed out on the dry and dusty Route 62, taking in dry and dusty scenery along the way. After a stop at Ronnie’s Sex Shop, the ultimate example of sex sells, we headed towards the coast. We arrived at our 1st stop on our Garden Route in 3 days trip at Knysna where a 12-year-old Erin befriended a couple that now owns a B&B there. 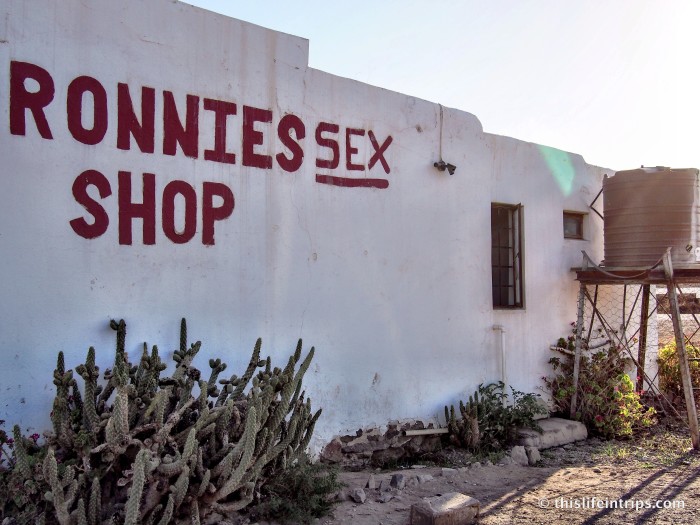 After catching up with George and Janet of Janets of Knysna we headed out to explorer the area. First up was the Heads – a scenic opening at the Knysna Lagoon. There we took in some vantage points before stopping for coffee at the East Head Cafe, an amazing spot with a spectacular view. 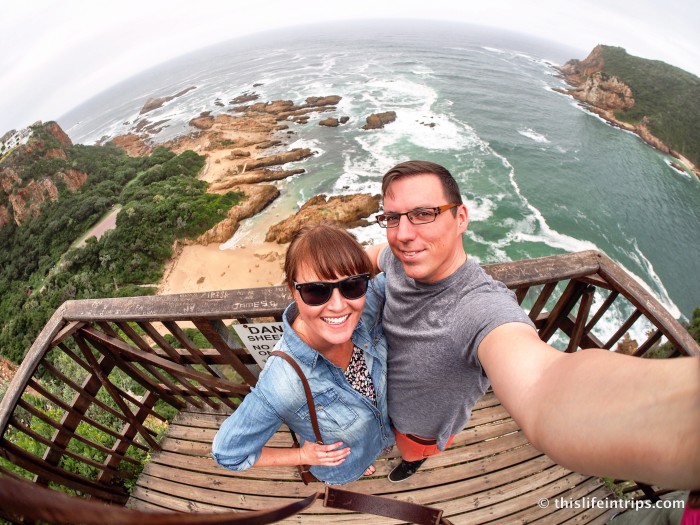 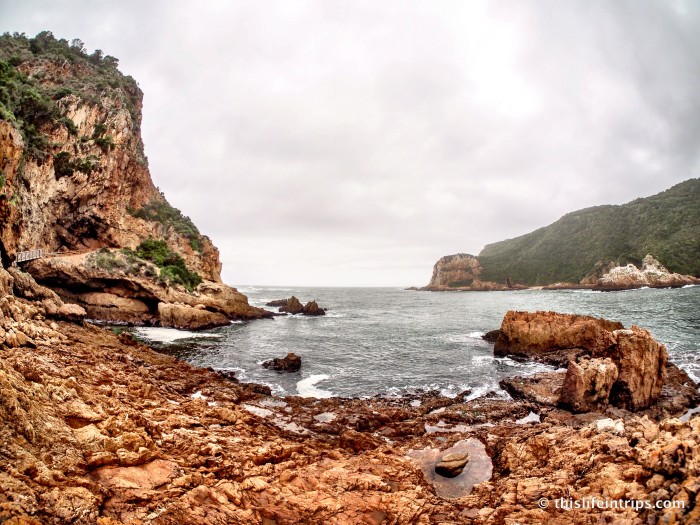 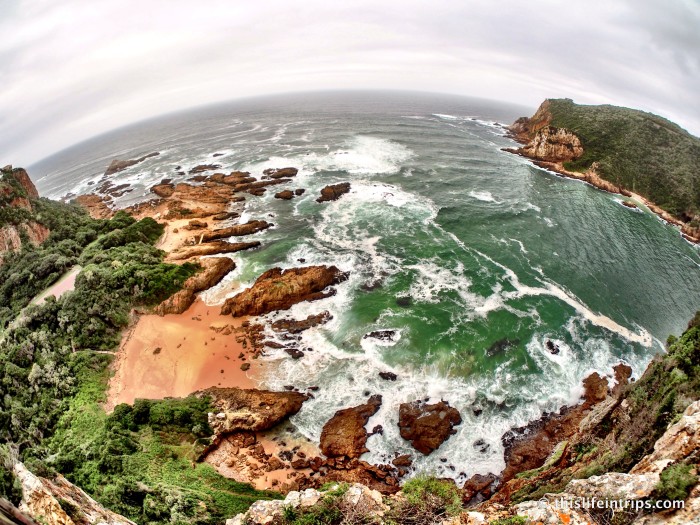 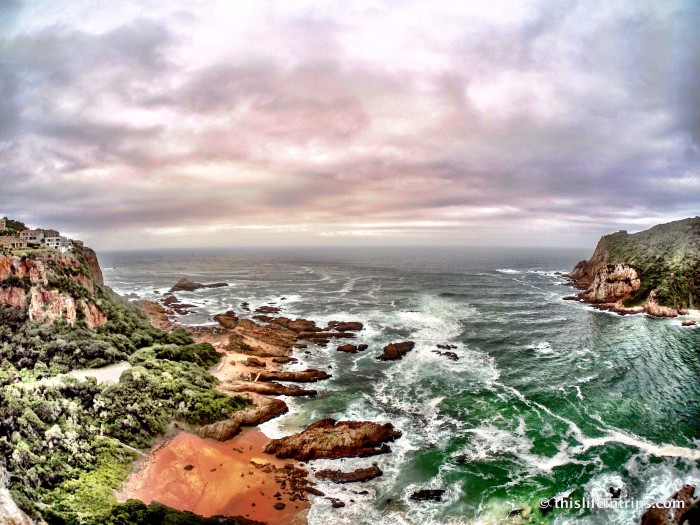 After a quick stop walking with the Elephants of Knysna, we headed to nearby Plettenberg Bay for lunch. This scenic beach town is a popular tourist stop but the overcast day had us only eating there.

Over our $16 bottle of Shiraz (which was amazing), we asked George and Janet where they would stop between Knysna and Cape Town. They replied Swellendam – which just happened to be our next stop on our 3 days in the Garden Route tour. Known as the 3rd oldest town in South Africa, this historic town made for a cosy stop – our accommodations at Schoone Oordt was a big part of that.

After touring the old Dutch architecture of Swellendam and saying our goodbyes to the amazing Schoone Oordt Country house hotel (more on both of these in a bit!) we made our way to Port Agulhas – known as the southernmost point in Africa. During our Cape Point Tour with PG Tops we visited the most southwesterly point in Africa and now we were making it official – I have been from the tippy top in Morocco to the very bottom of Africa. 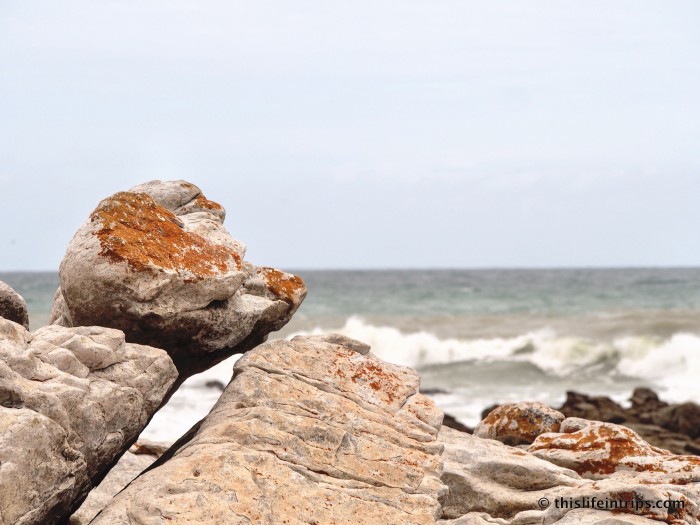 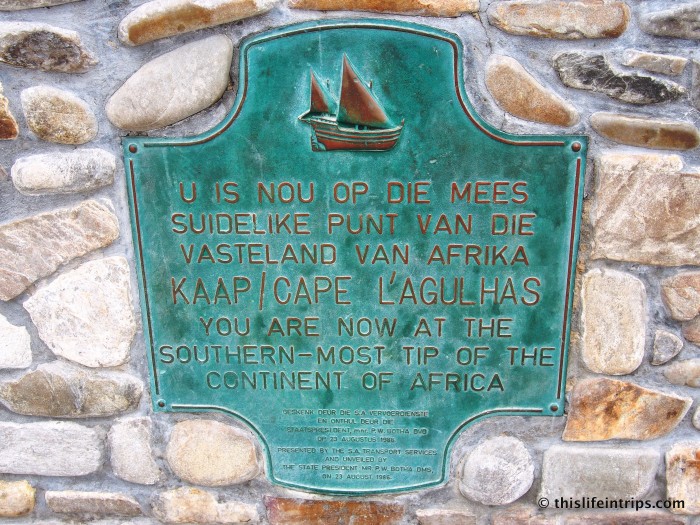 I had the misconception that the Garden Route was a road along South Africa’s coast. It is not. Although there was some amazing scenery along the coast I was hungry for more. To satisfy this we made our way back through Hermanus along the Whale Route. Each year thousands of Southern Right Whales make their way to this area to have their young. This route is for the whale lovers as you can easily spot them from shore. The roadside pullouts every 200 meters attest to this. Although we were not there for whales, I did get my spectacular coastal drive and had plenty of spots to pull over and grab a picture. 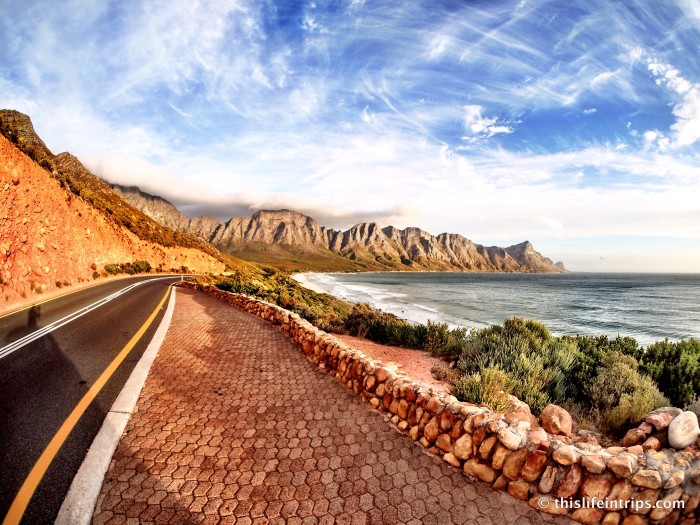 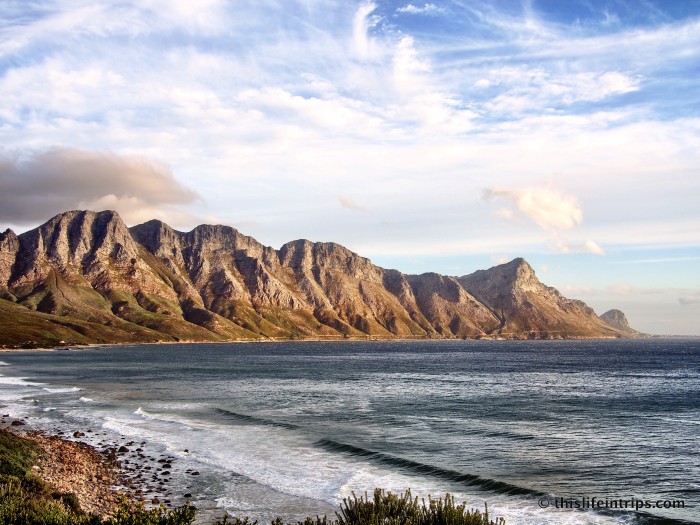 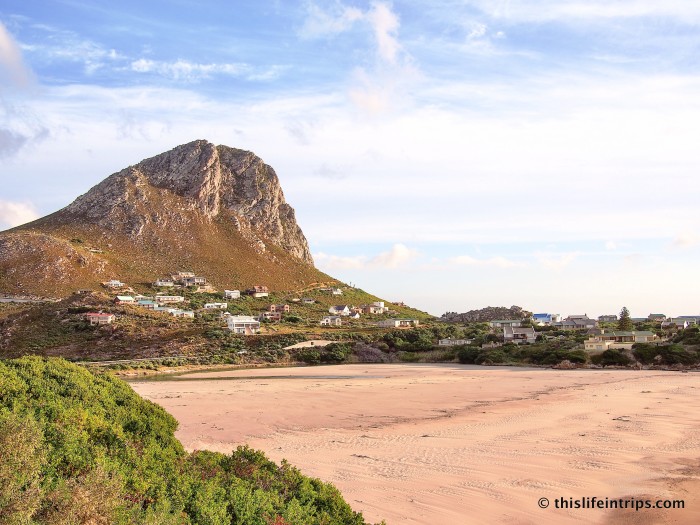 Return to the Cape

Just like that, our trip concluded with a return to Cape Town. Although my blue Datsun was a laugh to drive, it got us to Robertson for some amazing wine (barley), to Knysna for some scenery and elephant walks, and along a windy coastal road. It even took us to the very tip of the continent. You can take a rental car out of South Africa, but you need to do your research before heading to a border crossing, this is a good place to start.

Not bad for a couple of hamsters under the hood.

The Garden Route in 3 Days Good to Know

Rental cost: ~$120
Total km’s: 1,400
Don’t Miss: The Heads in Knysna, Walking with Elephants, Southernmost tip!
My Route: Here is an overview of my Garden Route in 3 days route!

What say you?
Thoughts on this Garden Route in 3 Days trip?
Let’s hear it!

For more from Africa and beyond see HERE.