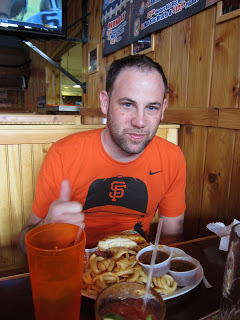 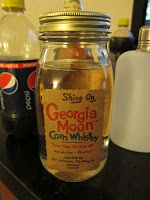 A couple months back I took a weekend trip to catch a football game in San Diego. Details are still foggy. It was a messy weekend. Something about Smirnoff Ice, beer pong and driving on a sidewalk in a university campus. Still not sure what that was about. Staying classy in San Diego turns out to be much harder than Ron Burgundy led me to believe.Turns out the booze I could handle. The American food I could not. The onslaught of fried and re-fried goodness was worse than being “iced” or drinking mason jar moon shine. My insides were not impressed. Could have been worse though, I could have thrown up at a Hooters while having breakfast.

The game itself was awesome. Americans really get it when it comes to football. Tail gating for 4 hours and then watching a game? Crazy. We sat next to the stereo typical super fan who was loud and drunk which was great. While he was away from his seat a Bills fan sitting in front of us, perhaps feeling the sting of a blow out in the making, started chirping at us thinking we cared that the Chargers were winning. We egged him on a little and his response was that his beloved Bills had at least made it to the Super Bowl. Yup, they sure did. 4 years in a row in fact…and didn’t win once making them  THE most disappointing sports franchises ever. We finally told the guy that we weren’t Chargers fans but his argument was pretty weak. We advised him to let it go before super fan got back to his seat. He did not. Super fan UNLOADED on the poor guy. Served him right though. Pure entertainment for us at least.

After the game it was like a do over from the night before. Greasy food, $1 draft, beer pong, and 2 for one margaritas. God bless America.