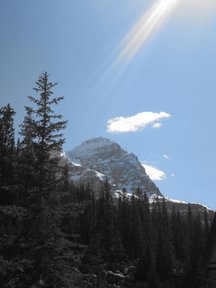 In the meantime what I can do is tell you about our recent road trip to the Sasquatch! music festival and the odd curse I picked up along the way.

This years festival lineup was not as intriguing as last years (for me anyway) but the road trip was a much needed vacation away from home…and I will get to why soon I swear. The trip started out with a high five to Erin in the back of our friends Justin and Alison’s packed Jeep. I quickly high fived the other two while innocently joking “I don’t want to ruin this trip by missing someone.” Fast forward 6 hours to a stand still of vehicles caused by some road construction. While stopped I spotted a bored-out-of-his-mind construction worker holding a sign that read “slow.”Looking at him you could tell that he knew his job could easily be replaced by a $2 piece of lumber. As the line started to move I jokingly said that I was going to high five the poor guy. I half heartily stuck my arm out the window while admiring the scenery out the other side. This friendly gesture apparently woke this guy up as he ran to slap my hand. I however was lost in the view out the other window and didn’t notice him running. Therefore my hand was held out limp wristed as if asking for the guy to kiss it. As we sped away Erin, Justin and Alison were shocked that I did that. Confused to what they were talking about I looked in the rear view mirror and saw one dejected looking sign post being left in a cloud of dust. All I had to do was cock my wrist to make that guys day. We then joked about what I had said earlier. The curse was on. 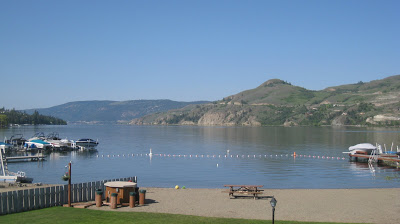 We Pulled into in Vernon around 7:30. Cort’s beach front home was our pit-stop for the night.

Although Cort is a Sasquatch veteran, he wasn’t making the trip this year. He was kind enough to let us crash at his place and drink his booze though. Top class. We walked to a pub down the street for some eats and drinks on a lake front patio. On the way we passed some search and rescue crews. Turned out that just prior to our arrival a teenager fell out of a boat and presumably drowned. Now I am not suggesting a missed high five could lead to such a tragic event and I am by no means trying to poke fun of this tragedy…but we couldn’t help but wonder… 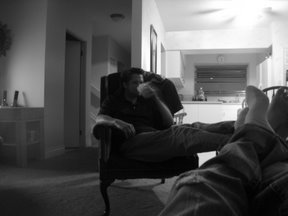 The night continued on the patio with a slightly sobering view of flashing lights from search boats in the lake. None the less we continued on with drinks back at Cort’s place. We put a good dent into a 60 of Gibsons Cort bought on his way back from Sasquatch last year. 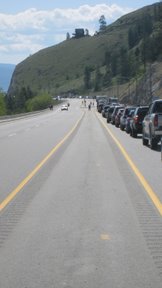 The early morning was a little rough for Shaun. Green faced I said good bye and we hit the road. We didn’t get to far, just south of Kelowna there was some major road construction. On top of that a worker was struck by some falling debris and had to be

air lifted out. As we waited in a stand still I vowed never to miss high fiving someone ever again and that I would only use my powers to do good in this world…and possibly annoy. With that I reached out my hand to high five a guy selling ice cream in the lineup of cars. he was rushing back to his freezer truck as the line started to move and ignored me. I got a taste of my own medicine. It tasted bitter. Could that have been the reason why we were “randomly selected” for screening at the boarder? Possibly. Or it maaaay have had something to do with Justin telling the boarder agent that he was arrested for a bar fight ( but not convicted) while in college. At least he is honest. Several question, a probed Jeep, and an hour or so later we were finally State side. All that separated us from the festival campgrounds was a stop at Walmart for food (beef jerky and chips) and supplies (beer and Red bull) and a tourist stop at Dry Falls. 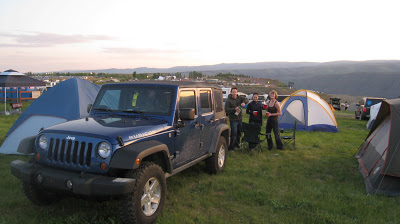 At the grounds we quickly set up camp at our “premium” priced spot. Note: I have stayed at both premium and regular camping at the Gorge. Save your pennies. Great view though.

Our extended trip made us miss most of the Saturday acts however we did get down in time for the Yeah Yeah Yeah’s and kings of Leon. Both were so good live and we were able to get quite close on the floor. 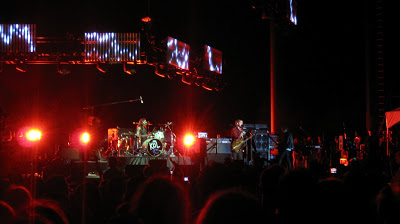 Sunday was hot. Drinking in the sun all day caught up to us as we were all spent that night. Justin, who naturally attracts attention (good and bad…but mostly bad) was thrown out of the grounds and missed NIN’s and Janes Addiction. Erin and I left after the first few Janes Addiction songs. Dave Navarro makes my skin crawl. I don’t get why people think he is so great. Maybe because he was married to Carmen Electra? Well so was Dennis Rodmen. Sadley, the gorgeous back drop of the Gorge did not make them any better in my mind. 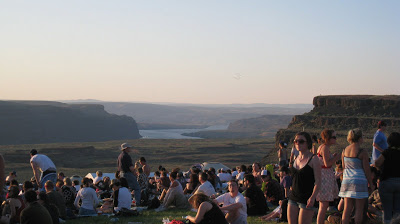 Learning a lesson from the Sunday heat we decided to go into town and purchase some shade. On the way back to the grounds were able to make our way down a trail to the Columbia River. 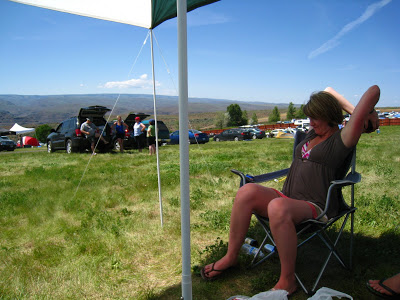 Back at the grounds things were much better in the shade. The heat really took its toll and forced us to play bocci ball from our lawn chairs. America.

We fought the heat on the hill and took in some afternoon acts such as Silver Sunpickups, and Erykah Badu before heading to the floor for an amazing show put on by Ben Harper. 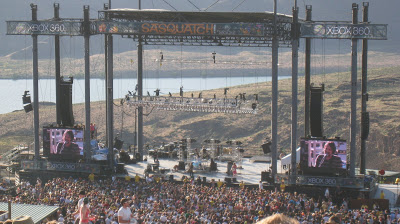 The Ben Harper set was something special. Ben is playing with a new band and has switched gears to a rockier sound. I never thought he had such powerful pipes. A cover of Queens/Bowie’s “Preassure” was a definet highlight. Add that to the fact that I didn’t loose Erin this time around (see Montreal 2006) and you have one hell of a show. 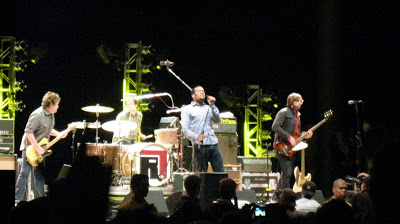 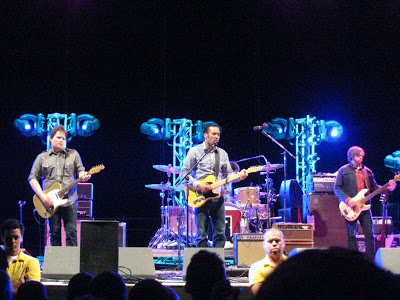 With that we were spent. Packed up and headed 16 hours north. See you next year. 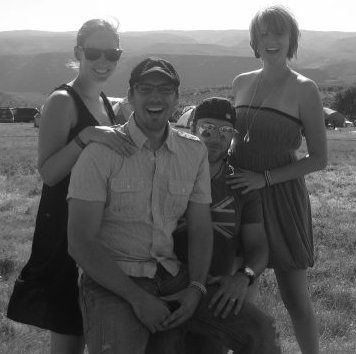