Let me first say it has been a very tiring and busy past few weeks. Packing, moving and saying good byes are very exhausting things. The last 3 weekends included my last gig in Edmonton, a garage sale of mammoth proportions and deals, and a going away party I will never forget. All three weekends have been awesome how ever all three weekends left me hurting and swearing of alcohol…for at least 7 days.

Our last show went as good as 3 days of practice can get you. Being so busy with the move left little time for social activities. Being the professional musicians we are we still managed to play a great couple sets…tequila shots and all. After the last chord was strummed I realized that it could be a very long time until I am in the position to play in front of a crowd again. Sensing this I took advantage of that and continued to play a few songs on my own. It was a little hard on me…and possibly hard on the people that had to listen to just me. I am just thankful for that opportunity. Praise Jebus! 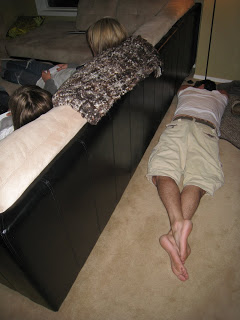 The following weekend was even more fun. With being put up in a hotel for the next couple months (more on that later) we decided to purge a lot of our junk. Kijiji made fast work of several larger items such as my dirty, stained couches and over sized/underused storage cabinets. Even “Big Shirl” found a new home through Kijiji. Praise Kijiji! The remainder was piled in the backyard for a garage sale. Friends of mine were in town and helped move the junk outside and setup on tables. My mother also came down to help out. She was/is a gift from God. Let me say when you are hung over/still drunk and have a slight case of the trots the last thing you want to do is haggle over a broken drying rack or some miscellaneous audio/video cable that you were going to throw out anyway. My mother, a seasoned garage sale veteran, handled these hard talking customers and, in some cases, got upwards of $45 out of stuff I was going to send to the curb. I am a very lucky son. Praise Jebus!

This weekend was the move and by far the most stressful and fun few days of them all. Packing your stuff is hard work…even when your not the one packing it. We were up late the night before the packers/movers showed up. We thought we would make the unpacking easy by sorting our stuff into piles…ie this corner of the basement is tools, this corner is camping stuff. Good intentions I know but once the packers arrived all the stuff got put into one large box labeled “Basement crap.” Awesome. On top of the packing/moving I had work commitments and packing to do. Time was lost very fast and loose ends were tossed into boxes and shipped to my new office in Vancouver. Can’t wait

to up pack those. Once the house was emptied out all that was left to do was relax. We booked a hotel on Whyte av and met up with a bunch of friends for one last night of good times. My brother and mother both made the trip down to take in the festivities. It was a great night and was defiantly forever etched in my mind when my friend Jon blew out his flaming sambucca shot and covered the bartender in warm, sticky ouzo like booze. The best part is it didn’t even phase Jon. The next (rough) morning was a lot of fun as we we able to play tourist in our own town before hitting the road. A night of Jagger bombs and Pizza 73 followed in Calgary at our friends Scott and Whits. By this point the last three weeks had caught up with me as I actually passed out on the floor. Like the trooper I am it was a short nap and I was back up 5 minutes later. Praise Jebus! 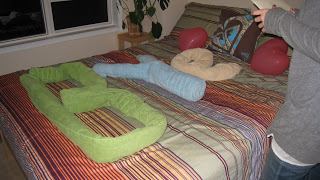 That night resulted in a late departure from Calgary. We rolled into Revelstoke around 9:00 pm where we met up with Erin’s friend Kathrine for dinner. We pushed on for another hour or so then had to stop for the night. Being late August in the Shuswaps not much is available for rooms. Extremely tired and ready for a good 17 hours of sleep we took the only room left at this lake side hotel. Little did we know that the $180/night (discounted rate) came with an 8:00 am wake up call from a 7 piece Christian band practicing for Sunday mornings service. Praise Jebus!

So here I sit on my hotel balcony with the most amazing view getting filled with joy, the holly spirit and other good junk on little more than 5 hours of sleep. On the plus side if these guys were not practicing I would not have spent the time to finally update my blog. Praise Jebus!

So another sleepless day begins. Thankfully the final leg of this trip is not that long. I must go now as service is about to start…I have invested way to much time into their practice to not watch them perform. Updates to follow.