The Panama Canal is an engineering marvel and an important passage that affects 6% of the world’s commerce. Seeing this historic lock system in person has long been a bucket list item for this transportation nerd. After a two-year delay thanks to the pandemic, I finally got to check it out on a Panama City layover tour. In the process, I discovered so much more than the waterway the country is famous for. From a storied past to shiny glass towers shooting 75 stories up, this is my Panama City layover tour experience along with why I think it’s worth seeing, nerd or not.

See Panama City With a Local

I booked my Panama City layover tour with Toursbylocals, a company that connects travellers with experienced local guides passionate about their home country and backyards. I used Toursbylocals in Bavaria a few years back and had a great and memorable day out. This Panama City layover tour was no different and even started off with excellent customer service. Somewhere between Cancun and Panama City, I received an email indicating that my tour guide had fallen ill. By the time I landed, Toursbylocal already had another guide lined up and on his way to the airport. Well done!

How Long Do You Need for a Panama City Layover Tour?

For a Panama City layover tour, I recommend six hours minimum between flights. This will allow for customs, traffic, and checking back in at the end of the tour.

What Can You See on a Panama City Layover Tour?

On my Panama City layover tour, I had a full 12 hours. This was more than enough time to have breakfast then visit Panama Viejo, Casco Viejo, the Amador Causeway, and watch some a couple of ships pass through the Miraflores locks. I also stopped for a meal in the city before being dropped up with three hours to spare.

After about 40 minutes to deplane and clear customs, I made my way to the airport exit. There I was met by Miguel, my Toursbylocal guide for the day. After welcoming me to his country, we were off.

Miguel laid out the plan for the day using a map of the city to illustrate both the geography and the tour through history we were about to make.

This started with a visit to Panama Viejo. Also known as “Old Panama,“ this area contains the remains of the original Panama City. It’s now a world heritage site that visitors can wander through…except when it’s closed on Mondays, the day of my visit. No worries though as Miguel gave me a great rundown of the history while viewing the ruins from the car.

Panama Viejo dates back to 1519 and was the first permanent settlement by Europeans in the Pacific. Established by the Spanish, it quickly became a jumping-off point for many expeditions in South America for gold and silver and prospered as such. This wealth, however, also caught the eye of pirates and privateers. The city was subject to several attacks with the last by Morgan Henry who left the town in ruins in 1671.

After the destruction of Old Panama, the settlement moved several kilometres southwest to its present-day location. Casco Viejo, or the Old Quarter, is the heart of this resettlement and the most scenic area of the city. Miguel took me on a guided walk of the Quarter highlighting historical buildings in squares along the way. This included the French Plaza, Bolivar Plaza, the National Theater Presidential Plaza, Independence Plaza, Saint Joseph Church (Home of the Golden Altar), and the Basilica of Santa Maria la Antigua. The latter was beautifully renovated for the Pope’s visit in 2019.

Casco Viejo is currently undergoing a transformation with plenty of restoration projects underway. There are a ton of trendy hotels, cafés, and restaurants to enjoy with plenty more on the way. Thanks to the area’s cobblestone roads and colourful buildings, it’s easy to see why this is such a popular place to visit and stay in Panama City.

After enjoying a nice view of the city from Casco Viejo, this Panama City layover tour continued along the Amador Causeway. During the construction of the Panama Canal, 300 million yards of rock and dirt were excavated with some of it creating the six-kilometre long causeway. This road connects four small Islands to the mainland. Originally built as a breakwater for the canal entrance, the islands were fortified during the Second World War. Today it is a popular local hang out with bike rentals and restaurants along the way. It’s also an excellent place to view the city and ships waiting to enter the canal.

Well enjoying the view, Miguel pointed out a bird that was diving into the water for fish. I let them know that it looked a lot like an Arctic Tern, a bird I would watch do the same thing growing up in northern Canada. I looked it up on my phone and sure enough, it was an Arctic Tern. It was a really cool thing to see some 5,500 km into its migration to or from the north.

Now typically on a Panama City layover tour, visitors would head to the canals Miraflores Visitors Center. Since I was visiting on a Monday, this too wasn’t open.

Not to be defeated, Miguel an app to track the current traffic through the locks. With that, we were able to align a drive along the canal while watching a massive tanker make its way through. After checking out the Panama Canal administration building, we crossed over the Centennial Bridge for an incredible birdseye view of the canal. From there you can really see the carved out mountains and terrace-like rock shelves cut along the way. This feat would be a hell of an accomplishment today. The fact that the canal was built in the early 1900s is mind-blowing. This, as Miguel explained, came at a cost.

An estimate of 25,000 people lost their lives during the construction, many to malaria and yellow fever. The bulk of these deaths came under the watch of the French, who in the 1880s, attempted to build the cancel. They were led by Ferdinand de Lesseps and were unprepared for the jungle climate. Ferdinand de Lesseps was the architect of the much larger Suez Canal and approached the Panama Canal with naivety. This ultimately lost him the project and the United States bought the rights in 1904.

From the bridge, we made our way to the entrance of the Miraflores locks to watch the ship tie off for its journey through. Interestingly, the old locks only have a little over a metre of space on either side for large ships. As such, electric locomotives guide the ships through. On the larger and newer locks, there is more space and this is not a requirement.

As we watched the ships go through the locks, Miguel let me know that millions of dollars in fees are collected per day from the ships passing through. Revenue hit 3.4 billion Panamanian Balboa (1:1 to USD) in 2020. Suddenly, the massive glass towers in Panama City started to make sense. Even more so since the country ended its original agreement with the United States and took full control of the locks on December 31, 1999.

The amount of money funnelling through has brought big banks, chain hotels, and designer brand stores. As such, downtown Panama City is unlike any other city in Central America.

Although interesting, there is nothing authentic to this. To get a little more culture before heading to the airport, I asked Miguel to take me to a local eatery for some Panamanian food. This included Pollo Al Ajillo (Panamanian Garlic Chicken), beans and rice, and Patacones (fried plantain chips). I also tried a salted deep-fried fish ball which was tasty.

After our meal, Miguel took me back to the airport concluding my excellent Panama City layover tour. As mentioned, 12 hours was more than enough time to take in the city and its surrounding sights. Although I highly recommend visiting on any day except Monday so you can get to the Miraflores Visitors Centre and tour Panama Viejo, Miguel was able to fill the gap with his local knowledge and love for his hometown. This really highlights the value of visiting somewhere with a local. It can make all the difference and is a curated and cultured way to visit somewhere new. Companies like ToursbyLocals do a great job of doing just that!

For the full Panama City tour itinerary along with how you can book this tour for yourself, check out the ToursbyLocals website!

What say you?
Thoughts on this Panama City Layover Tour?
Let’s hear it!

Although I was provided with a complimentary tour of Panama by ToursbyLocals,
the experience, opinions, and friendly experience are my own. 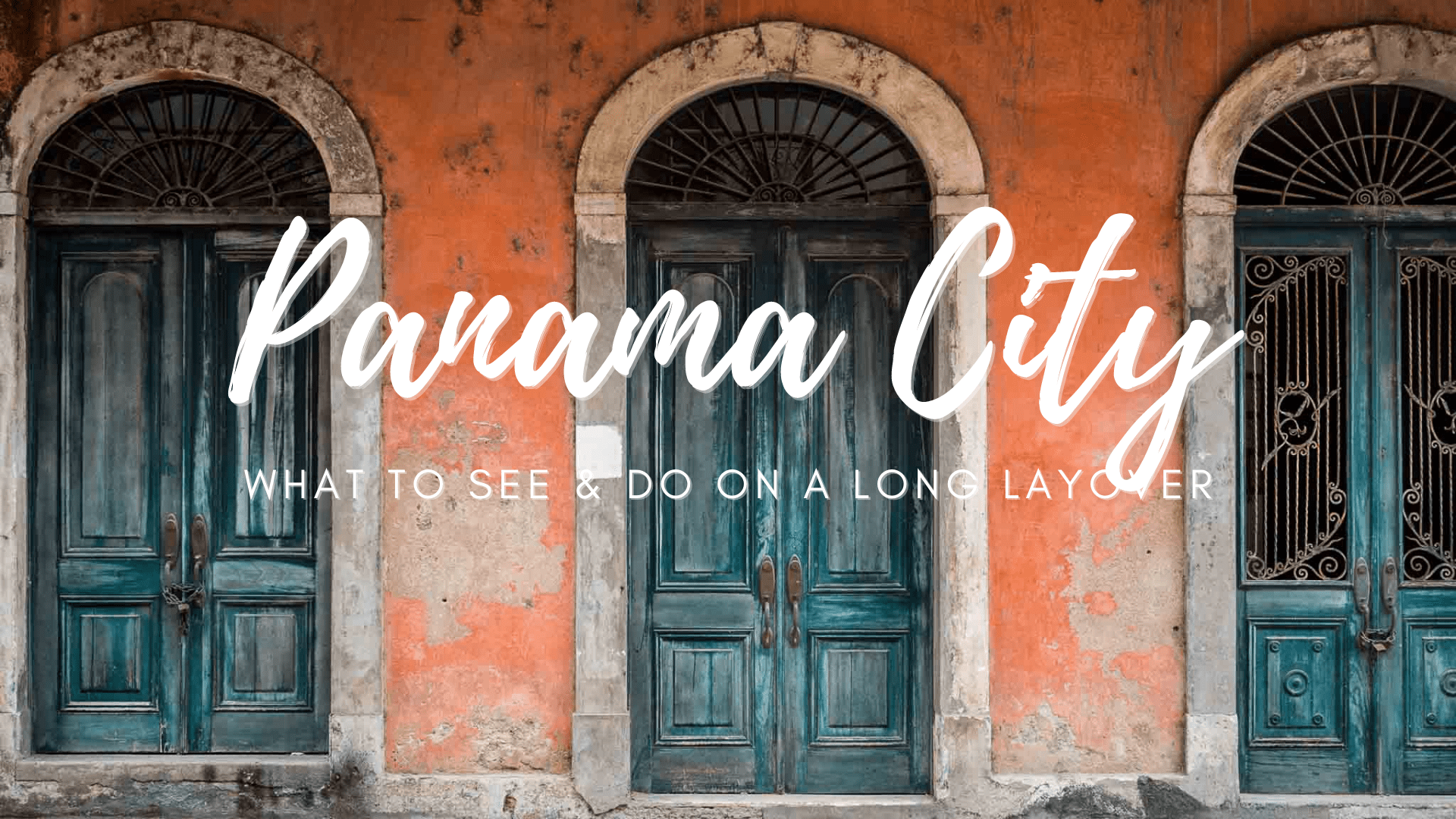 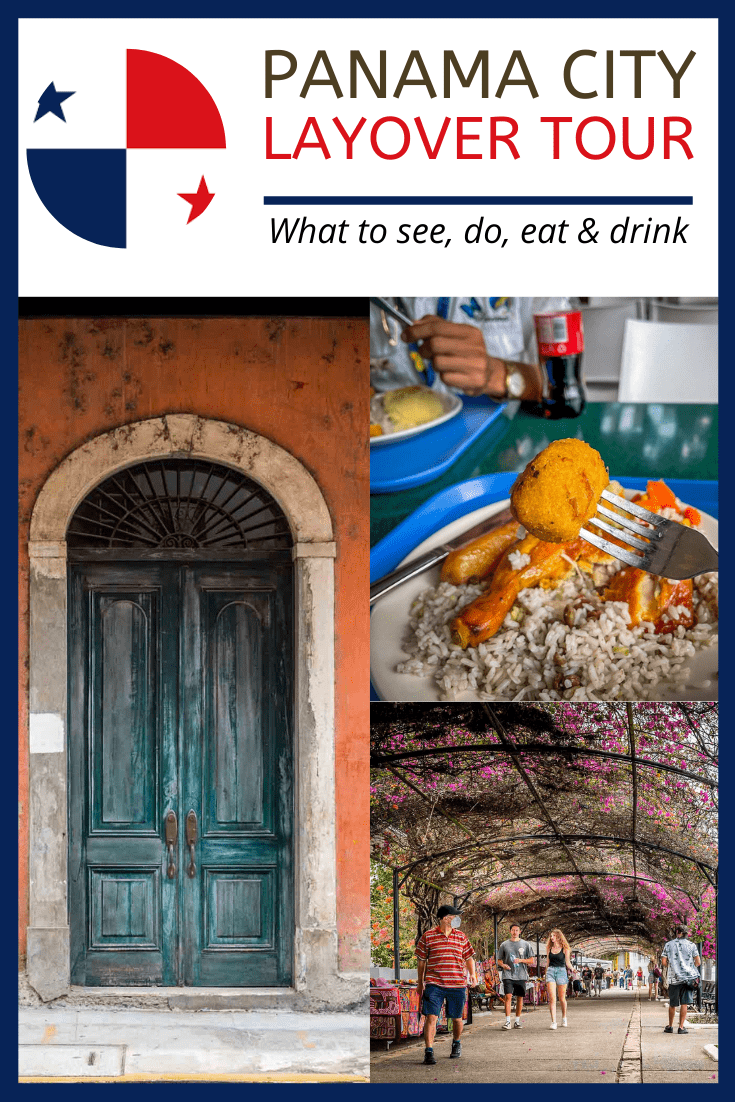 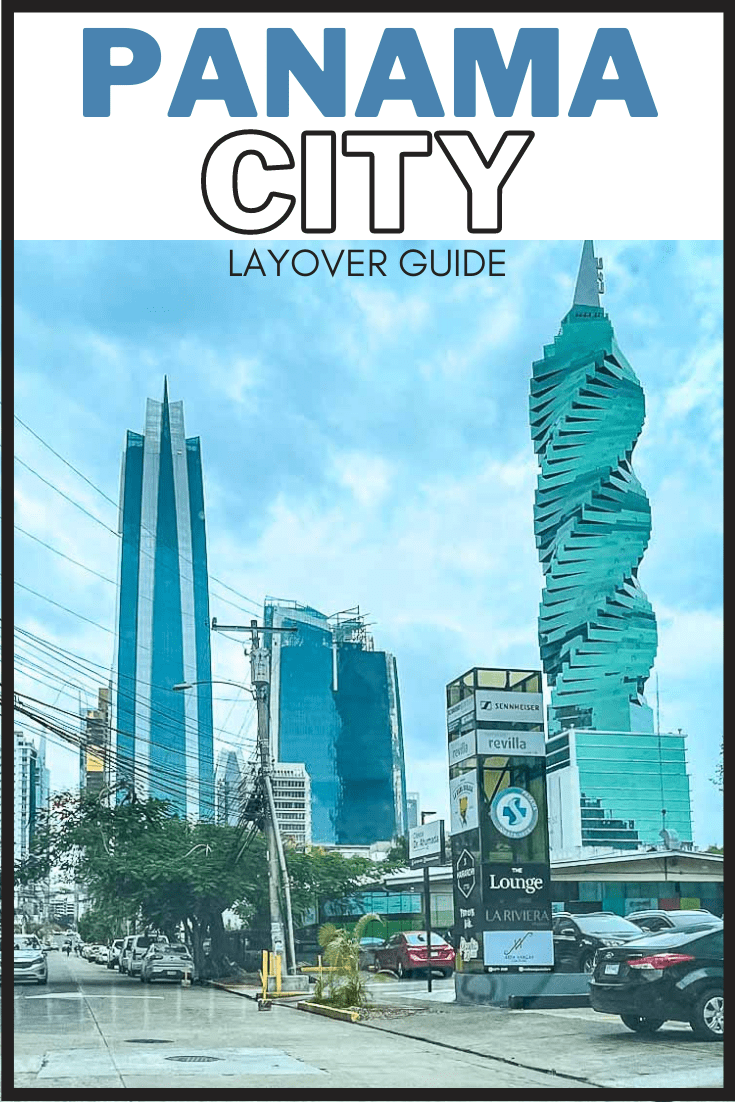 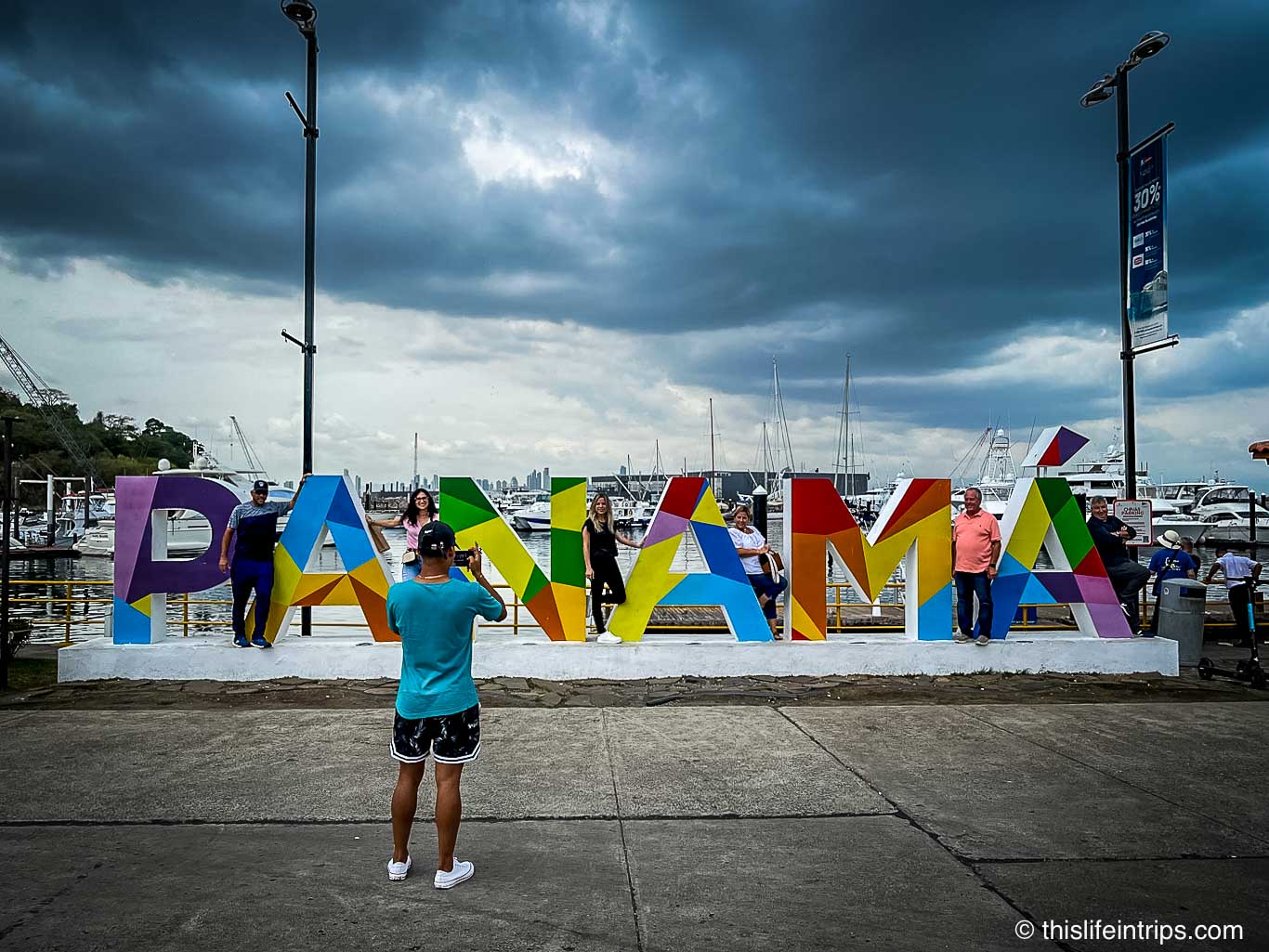 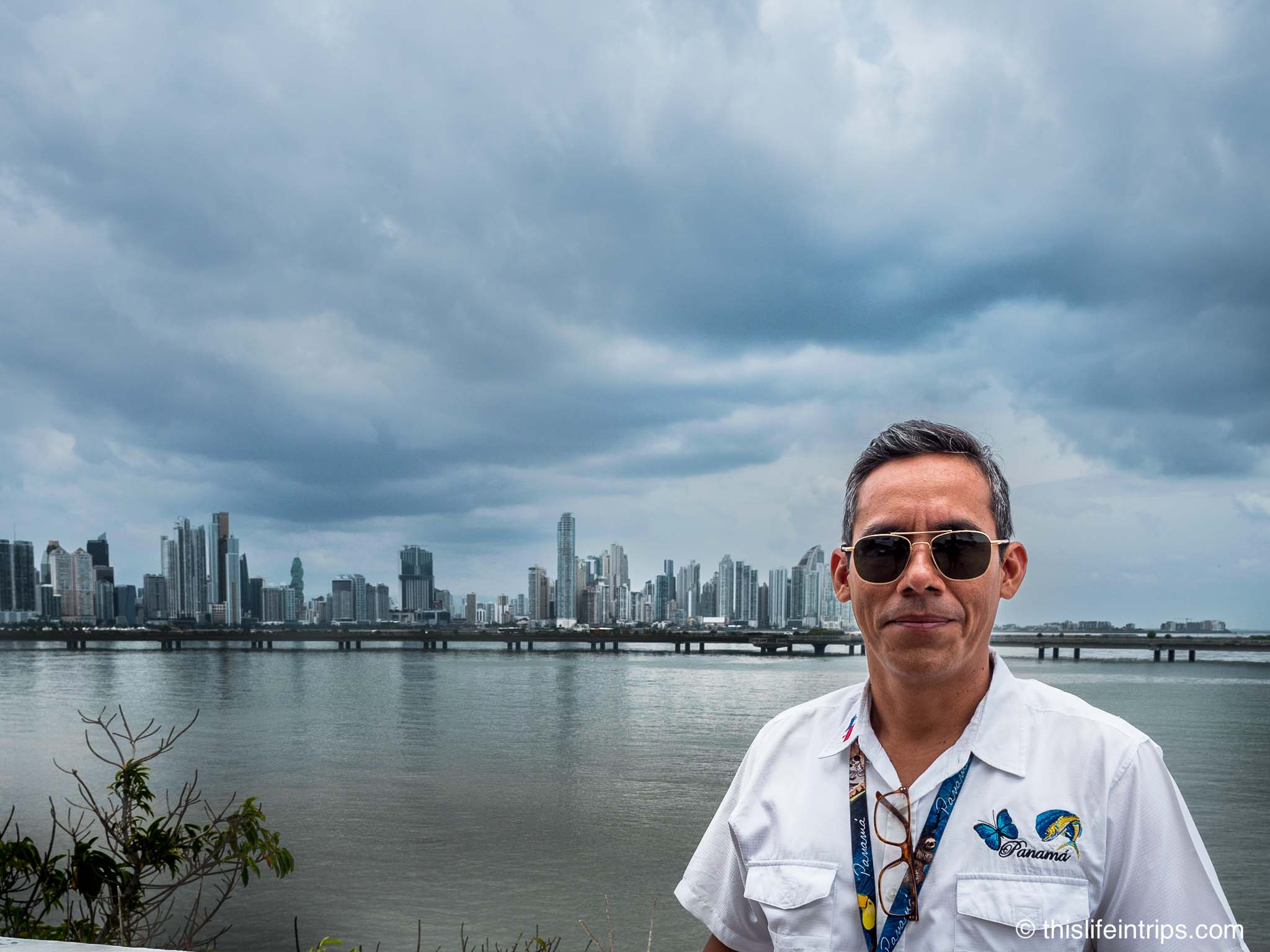