Nuts on a stick. A day in Jasper 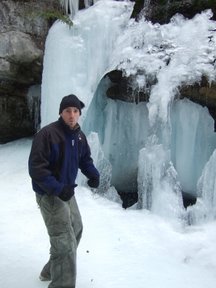 A couple weekends ago my friend Dave, his dog Simon, and I headed to Jasper to pick up some mountain bikes. These bikes were rentals that were being sold at over half the original cost. Sold. I had been putting off getting a bike for years now and with me living so close to work I really should bike. Also with the forcast of fewer trips planned I have decided to look at camping in the Rockies as my fix.

After test driving and purchasing our new wheels we decided to make the most out of the trip by going for a hike through an iced over canyon. It was very, very cool. Words and even pictures can not describe the sights and colors of this frosted over creek.

Before heading back to the city we stopped in town for some eats. Dave stopped at a candy shop to get some homemade fudge for his wife. Having no will power what-so-ever I followed along and decided to treat myself. “Whats that?” I asked the out of place looking Japanese candy maker. “Oooohhh…it’s daa Nuuuget!” the chef said as I pointed to the odd looking stick covered in nuts. “Is it good?” I questioned. “Hy!” he abruptly responded. “Is very goood with da cho-co-late!” Confused with whether I was ordering candy or sushi I asked for one without “da cho-co-late!” He bowed his head and placed one stick on the scale which resulted in a price of just under five dollars. “This better be the best damn nuuuget I have ever had” I said as I payed. “Hyy!”

Sadly, it was just OK.

Here are some shots of that hike: 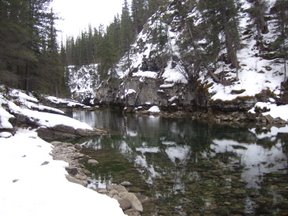 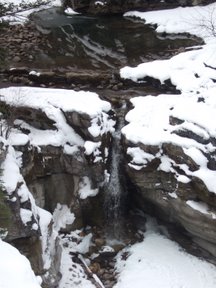 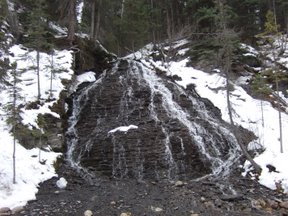 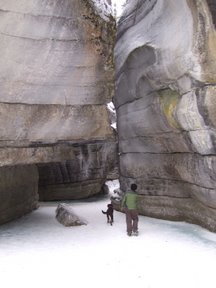 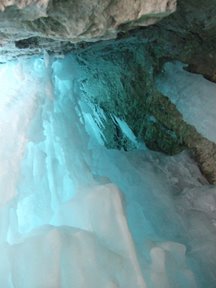 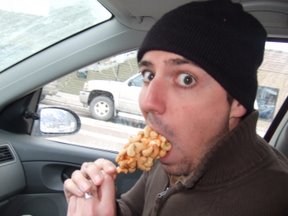