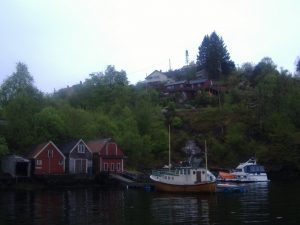 Not so Sonny Bergen

So after a short but expensive stay in Oslo, I was off to Bergen. The train ride was amazing. Went from summer to winter to spring and back to summer as I went over the mountains.

At one stop on top there were people kite skiing. My father was here last year kite skiing at the same spot.

When I arrived in Bergen I was met by Kjell Tore, a friend of my family’s. He had traveled northern Canada a few times and became friends with my father who, not being able to pronounce his name, gave him the nickname Sonny. I did not know that until this trip. Not so Sonny Bergen indeed.

Anyway, Sonny had tickets to a football game so it was straight from the station to the field. This was very cool as I still hadn’t been to a football match while in Europe.

The next day was Norway’s national day so the town was very busy. Most people, including Sonny, dress up in their traditional clothing for the day. Was very neat to see everyone, young and old, taking part. We toured the town, watched some parades, and drank some local beer. I was supposed to leave that afternoon but was able to change my ticket to Saturday. 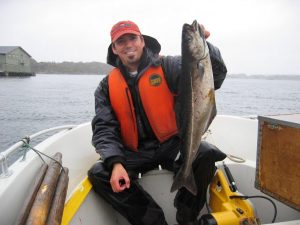 The next day I helped Sonny do some construction on a boat house in the North Sea. After working the morning we went fishing and had a great time. We fished one spot where there was a salmon farm. Sonny told me to get close to it. I ended up casting right into the netting of the farm. I had to get off the boat and get my hook back. I must have looked like I was trying to fish these salmon. I told Sonny that I go where I know there is fish.

I toured the city the next day and went up to the top of one of the mountains for a great view. Bergen is a beautiful city and reminded me of Vancouver…But without the junkies.

In the evenings we spent a lot of time playing guitar. One night Sonny invited his neighbor over who is a musician and we sang and played for hours. I managed to record us singing Hurt by Johnny Cash. Interesting to here with a Norwegian accent!

After an extended stay I was off to Latvia. Why Latvia? I was sitting in Sonny’s living room thinking were I could go next when he turned on the TV and the hockey tourney was on. Going to Riga.

Sonny showed me how Norwegians dress on there National day. I showed him how we dress on Canada day.