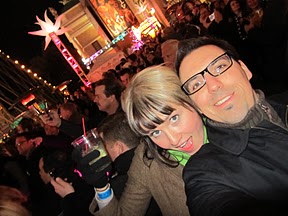 What else happened to me in 2010? I got old. Every birthday of mine for the past few years has been the same thing, “27 feels no different than 26″…”28 feels no different than 27″….”28 feels no different than 29” Well I can sadly say that 30 is a whole new feeling. Now I mean no disrespect to those older than me, quite the opposite as I now have more respect and understanding for you. This past year has been full of new aches, the increased desire to nap, and hair everywhere except where it should be. The moment when the thought of getting old came to fruition was during a hair cut a few months back. The hairdresser was sweeping away loose hair from my neck and made her way to my ear where she found some stubborn hair. She focused on the area and gave a few extra strokes but the hair would not budge. She paused and then…Bzzzzzzzt went the electric razor. Yup, that happened. Not convinced 30 sucks? How about me tripping over a hotel chair in the dark and flipping head over heels and fracturing my big toe. Better yet, I was bare ass naked at the time. Fun! 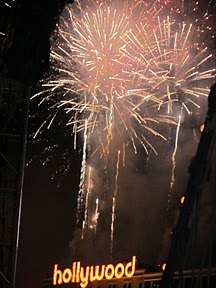 So my advise to those of you still under this turning point, don’t ever turn 30. Do what you can. Now that being said, 30 is apparently not to old to not only wear a onesie, but spend a whole weekend in one. This past Christmas we spent the holidays visiting our friends Scott and Whit in Calgary. 4 days of eating, drinking and napping all in PJ’s. Goood times. Apparently those 4 days of laziness and gluttony weren’t enough as we then spent our last days of 2010 in Vegas. More food, booze and naps followed. Vegas for NYE was fun but freezing. It was colder there than it was in Vancouver. Regardless we made our way along the closed to traffic strip with frozen beers in hand to an all you can drink party. Huddled under a patio heater we watched the strip light up with fireworks as 2011 was born.

We had one last goodbye to the finer life of 2010 on New years day as we relaxed in a spa. 2010 was very good to me and included the finer things in life such as first class flights, front row concert and show tickets and 3-ply toilet paper. 2011 will be a little more realistic so to pamper ours selves one last time was nice. I have had friends tell me to go to a spa to work off a hangover in Vegas before but never thought much about it. Now I would never go there without at least paying the small fee just to use the facilities. 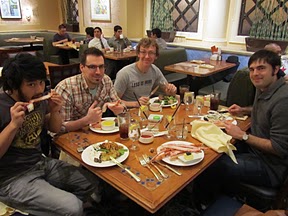 Our last night in Vegas we saw Zoomanity which was great. Flying little people! Wait, is that OK to say? After that we met up with Uy, an Aussie mate we met almost 5 years ago in Krakow. We had an interesting run in with a skin head in Poland AND he is probably the reason I met Erin. So to meet up and chat was great. We caught up over free (and not so free) cocktails in our hotel casino till 4 AM then met up again the next day at the Bellagio buffet. Fatty fat fat.