I gotta say, for a long weekend I sure packed a lot in. Not one but two Thanksgiving dinners, a cousins wedding, intense mini golf, an Oilers game in Hockeytown USA, cooked dinner for my grandma, had my grandma cook dinner for me, played guitar with my uncle, met some cousins for the first time, got an NHL legends autograph, golfed in +30 weather, found out I have more than one over protective aunt, drank till the sun came up, had dinner in Calgary, Lunch with the PM’s goons in Winnipeg, afternoon snack in Sue Saint Marie, drove from Detroit to Toronto and flew over 2000 km in a Cessna…all of this with a pretty bad cold. Yes an exhausting weekend indeed. 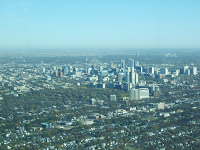 So exhausting that I can’t even fit it all in one post.

The weekend started out on Wednesday. (for me at least) My father and I flew down to Calgary to meet up with my brother and a family friend JN, whom would be flying us across the country in his Cessna 210. Conveniently I got picked up a cold the night before so armed with cold FX and various other drugs we lifted off from Springbank around 6:00 am Thursday.

The first leg took us over the prairies and into Manitoba. I must say other than the sunrise, there was a lot going on. Against everything I have ever heard, Saskatchewan looks pretty dull.

Landing in Winnipeg we were greeted by a mob of men in suits, all donning ear pieces and not much of a smile. The private terminal where we ate lunch and paid for fuel was where the Prim minister was too land. Unfortunately we were on a tight schedule and took off before he got in.

The next leg Scott took over in the big boys seat. My father and I jokingly held hands as we took off…although he was squeezing pretty hard. Was pretty easy going as we had a strong tail wind and clear sky’s the whole way. The view of Lake Superior shore was very nice. JN fittingly played The Wreck Of The Edmund Fitzgerald over the headsets as we flew past where it sank. 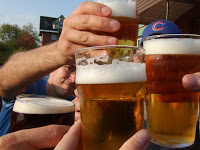 The final leg was short and sweet and as if almost planned, we landed in North Bay at sunset.

Not even through my grandmothers door and there was leftover cabbage rolls, chicken and various sweets shoved in our faces. Funny how things never change. Now in her mid 80’s, my grandmother is as quick as ever, upstairs that is. She is still laughing and sharing stories like the time she took care of me as a child and accidentally fed me pure formula for a few weeks not realizing it was supposed to be diluted. This resulted in baby fat that I still carry to this day. 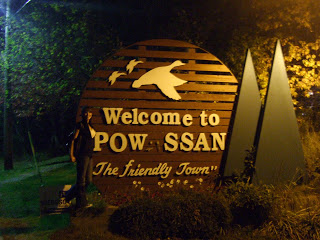 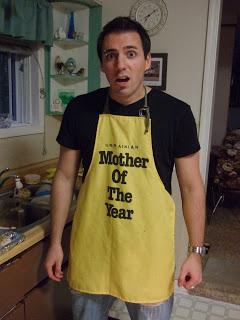 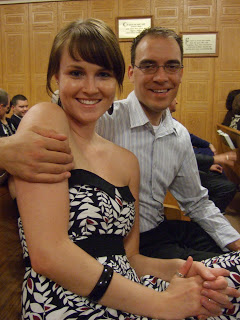 The next day I awoke to fresh crepes and homemade jams. I spent the morning playing guitar with my uncle before heading into town for some mini-golf. Taking advantage of the +26 or so weather, we had some drinks on a patio before heading back to my Grandmothers to meet up with Erin whom had taking a shuttle up to “Pow-a-san.”

Thinking we were taking the stress off my Grandma, my dad and I decided to make dinner. I’m not sure she enjoyed this as she probably hasn’t had anyone else in her kitchen for years. Never the less we made a new favorite dish of mine, Pesto-Parmesan crusted chicken with Penni noodles in a vodka tomato sauce. Man that sounds good.

The next day was my cousins wedding which was short and sweet. This was promptly followed by the reception. It was really great to see relatives that I haven’t seen in years. Most of them felt like I was meeting them for the first time as I hadn’t seen them since I was four years old. 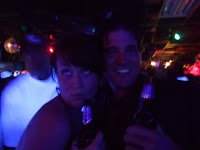 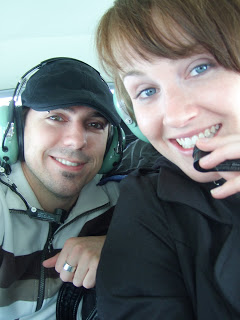 Not feeling like we had had enough to drink and curious what North Bay had to offer on a Saturday night in October, Erin and I, with the guidance of my cousin Trevor, headed to an amazingly packed bar. We were met with some resistance as we left as Trevor’s mother (my aunt) was worried about her little boy whom is not so little anymore (unless you consider 23 little)

With less than 3 hours sleep, Erin and I were up and out the door as we were catching a flight with JN to London. We ended up waiting out the weather in the North Bay airport for a few hours before leaving. For a little while Erin and I almost had to rent a car or fly to Ottawa with JN as the weather was not looking good. Thankfully the fog cleared in London and we were off.

We landed in +30 weather which was a first for me in October. Next up, Turkey and Motor city.