There’s nothing more important to our future development as a society than understanding and appreciating our roots. There are plenty of heritage sites worth visiting, real hidden gems of the past’s political, cultural, economic and spiritual evolution. We’ll talk about five such must visit world heritage sites that have left their mark on our world, proving great inspirational sources.

First up on this must visit world heritage sites list is the Taj Mahal. This architectural marvel was built in the 17th century by an Emperor who wanted to honor his departed wife named Mahal, hence the name. This romantic building hosts a mosque, a guest house, and an outer yard.

In order to build such a magnificent monument, hundreds of workers were required including stone-cutters, painters, and calligraphers. The best of the best were brought here from different corners of the world, to make sure an architectural marvel is achieved. This building is unique due to all its innovations, perfect planning and materials used. Architecturally speaking, this is a combination of arches and domes, which allow or inhibit the light passage. The tomb variety is genius raised, and the balance of it all is exquisite. Even the garden, split in four, is perfectly placed right in the middle.

The exquisite symmetry flanked gate, and narrow walkways are really something else for that century. So the beauty of it all will surely inspire you with awe and amazement. And it’s the perfect place for nighttime astrophotography, but you can read more here. 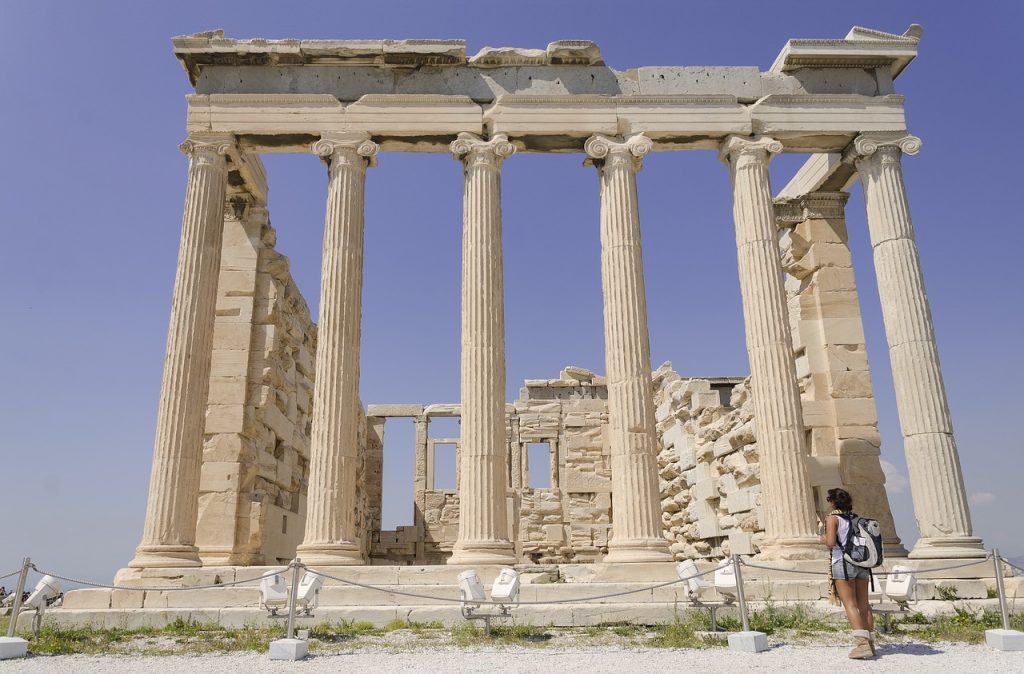 If you want the ideal place to bring you closer to the ancient gods, this is it. But more than that, the Acropolis hosts monuments and symbols of a great civilization. And it’s an architectural success that was built five centuries before our era. After a significant victory against the Persian Empire, Greece became a democracy that allowed the evolution of art. This monument is its climax, considering all the work involved. There are many temples here, but all of them had a great significance from a political and spiritual perspective.

The different cults that worshiped here show Greece was a center of spiritual diversity. But the Acropolis is associated with different political ideas that put democracy on a pedestal. It’s also associated with the great minds of Greek philosophers like Plato or Socrates who valued rationality and critical thinking.

Next up on this must visit world heritage sites list is Petra, a prehistoric city located between two seas: the Red Sea and the Dead Sea. That placed it at the intersection of three prominent countries: Arabia, Egypt, and Phoenicia.

The most interesting thing about it is that the city is carved into the rock, with the narrow passages of calcareous mountains surrounding it. The Greek architecture is obvious here, just like the Asian cultural background. The gorges you’ll have to cross in order to get to Petra are difficult to navigate, but that’s one of its main charms. The water was collected from the rain, and the water pipes show the Roman technological advancements.

Petra is still valuable today thanks to its insights into the religious past of the people. With a multitude of tombs and temples, this ancient city will fascinate you. Then, there’s the architectural richness, along with all the water system logistics. You’ll see water tunnels, reservoirs, and dams, that are still well kept.

Petra is a real architectural and engineering gem but it’s also a religious center. If you want the complete experience, you can traverse it at nights to marvel at the 1500 candles lit between Siq to the Treasury. 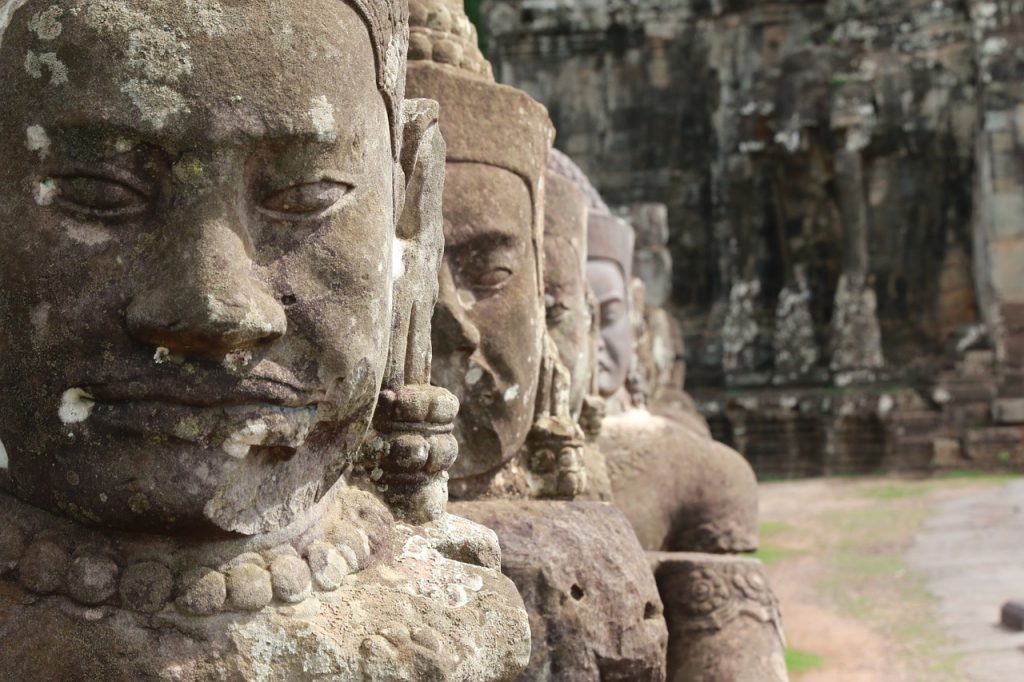 The most prominent of all the must visit world heritage sites in South-East Asia is Angkor Wat. The park in Angkor has a surface of 400km2 which includes the forest, the various capitals of the Khmer Empire, and various temples rich in decorations. There are also plenty of hydraulic systems here too that will amaze you on the ingenuity of the Khmer. This Empire ruled here for five centuries until its demise in the 14th century AD.

There are different unique monuments and the temples abound with spirituality and symbols. There are various remnants here that tell us all about the medieval Khmer Empire which had an outstanding social order and a rich culture that glorified arts. The art of the Khmer had an undisputable influence over how art evolved throughout South East Asia. 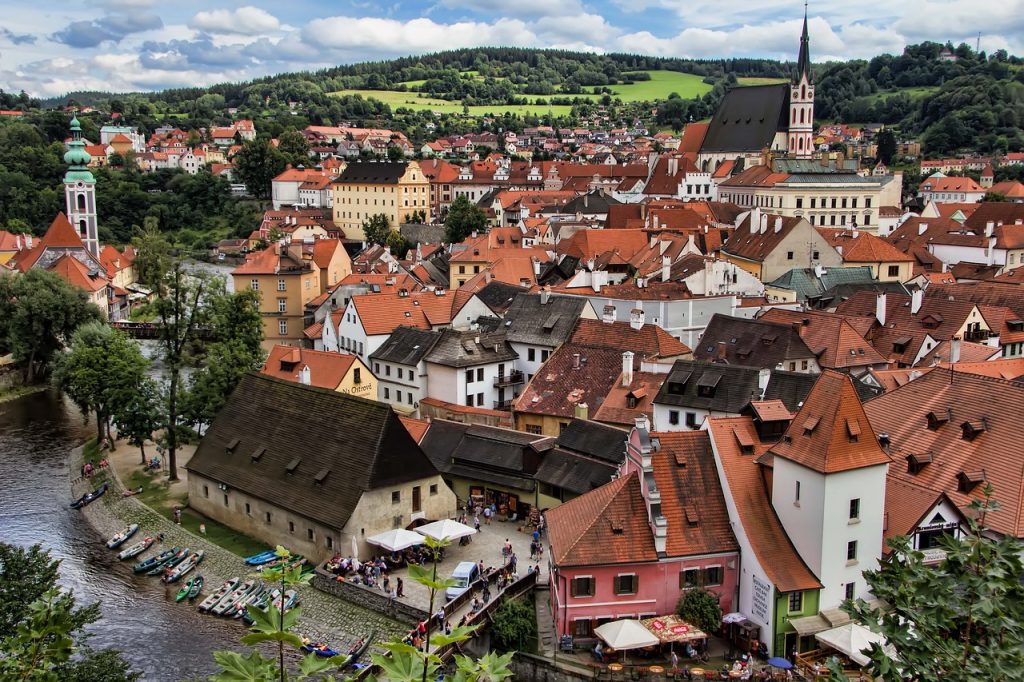 Last up on this list of must visit world heritage sites is the medieval town of Český Krumlov. Built on the Vltava river, it is an architectural pearl considering it has elements from three different periods. The Gothic and Baroque elements complement each other, while the Renaissance features come as a breath of fresh air.

The large imposing garden along with the beauty of the Vltava river banks look even better at night. Of course, you will need a LED flashlight to make sure you don’t trip on the rocky slopes around the city. Český Krumlov is noteworthy today because it remained just as it was in the 13th century, giving us insight into how people lived then. The universal value of this town can also be linked to the medieval castle’s position and the role played by the town in the economy and political games of Central Europe.

What speaks to you the most?

We’ve taken you through a journey of five different culturally rich heritage sites throughout the world. Some have existed since prehistoric times, while others are of a more recent date, but they’ve all brought their contribution to the world today. So which of theses must visit world heritage sites will you visit and why? Let us know in the comments!

What say you?
Thoughts on these Must Visit World Heritage Sites ?
Let’s hear it! 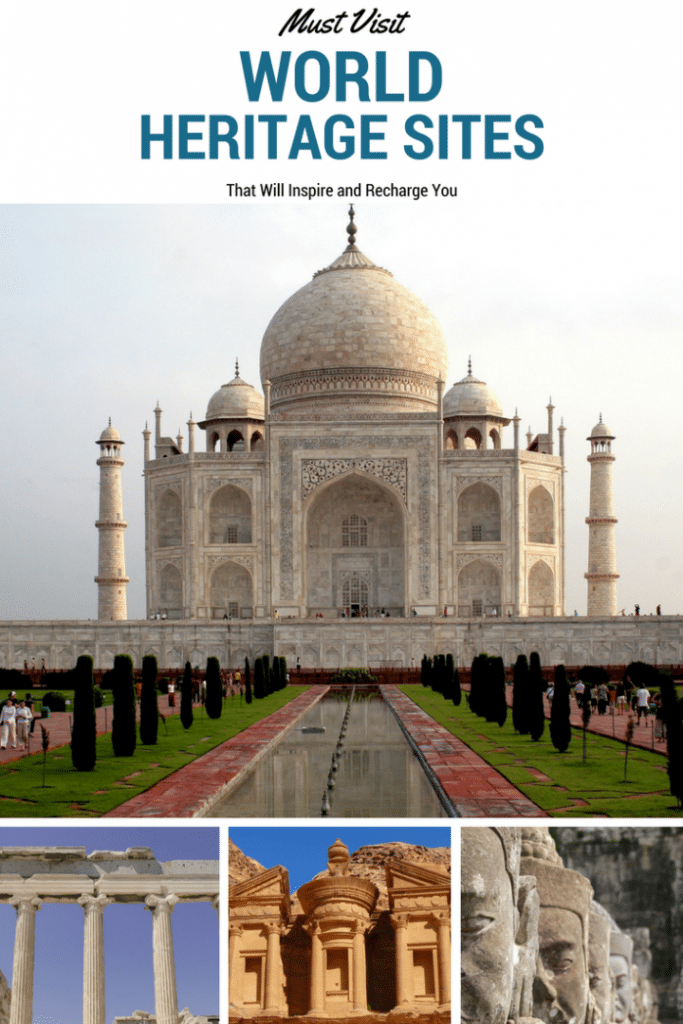