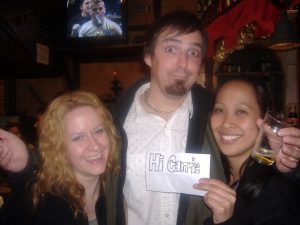 So after a last minute discussion I was on my way to Morocco with friends from Edmonton. I was off for my own Moroccan experience. We finally met up in a plaza near my hostel. Turns out they were staying 3 blocks away but in Seville that doesn´t mean much. I hoped into the car that Fannie, Andre, and Rachel rented and we were off to Algecires. I have to give it to them for renting a car in Spain. Driving is very stressful but on the plus side it does not matter if you drive like a tourist,(ie cutting people off, not signaling, hitting pedestrians etc…) its the Spanish way.

We hit Algecires and stayed in a 4 star hotel which was a nice change. (not that we have had many bad hostels) The next morning we caught a rough ferry to Tanger. So rough that there was a guy so violently ill that he could be heard throughout the bar we were in. I got a video clip of it and will try and post it…pretty funny. Poor guy though. Fannie said she was next. Thankfully we hit shore before that happened. 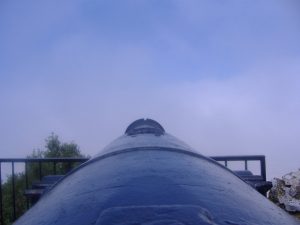 Once on shore we hired a guide to tour us through the small streets and walls of the old town. This was highlighted by a Moroccan meal with a live band…which we later joined. Tanger was cool and very different than anywhere I have been so far.

After a tour of the city we caught the last ferry back to Algecires. On the ferry we met a Swedish kid…20 years young…who was on his way back from biking through Africa. He actually met a guy from Edmonton and biked with him through the Sahara a few weeks ago. This guy was very inspiring. It was odd because Fannie and I were discussing a book I had just read called ¨The Celestine Prophecy¨and a lot of what this guy was saying reminded us of the book. He is off to live in a cave outside of Granada. I told him that I was looking for my adventure and he said that there are signs all around us and we just have to clue into them. Made me relize that when I arrived in Sevilla I met 2 Canadian girls that said they were going to Moroco and said I should go, then got an email from Fannie saying that that was where they were going and asked if I wanted to tag along…interesting. Anyway, enough of that. Read the book and maybe I will make sense.

After another night in Algecires we took off to Gibralter…or Gilbitar as I call it. It was very cool. It had it all, Caves, cannons, and monkey´s. Very glad I went. We took a tour up the huge rock…which once was thought to be the edge of the world…(take notes kids) and had a blast. There was a huge series of caves that during the second world war, were converted to a hospital. There is now a 300 seats concert hall in one. Further up the mountain were the monkey´s. Had fun with them but apparently they don´t like Philipino´s as one bite Fannie. After the tour we had some fish and chips and left for a beautiful drive down the coast and then up to Grenada. We were able to find a place to stay relitvly easy but took an hour to park. Glad Im not driving. 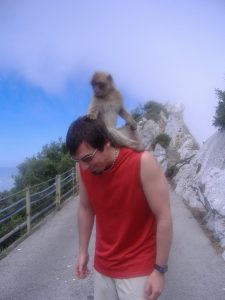 Met back up with Jon this morning and said goodbye to Fannie, Rachel and Andre. Jon and I are going to stay another night and try and see the Alhambra here in the morning. Apparently we have to be at the ticket office by 800 am so will see if that happens. Doing another Tapas tour tonight…