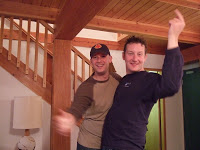 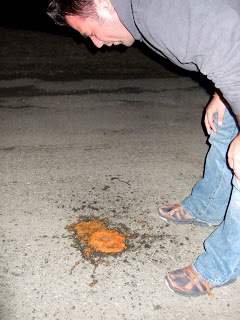 I won’t go into many details as the details are quite fuzzy and peculiar to me (as in “did that really just happen??”) but I will say these 4 things:

1.) If you eat a full jar of pickled carrots including all the brine you will be 2 things, violently ill and an idiot. In this case three things, the third being $200 richer. So maybe not so dumb? 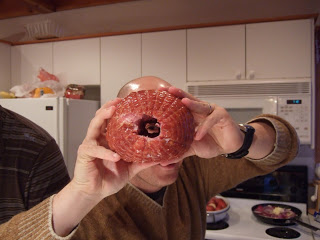 2.) There is a stripper working in the Kamloops area with abnormal and extremely disturbing features and whom is not far off from looking like Charles Thereon’s

3.) Who ever said you can’t take a ham, core it out and stuff it with pork sausage filling and then wrap the whole thing in bacon has obviously never heard of Triple Swine Delight (patten pending) It makes a great meal or in our case, desert! See we brought way too much food so to remedy this for desert one night we had this grotesquely delicious creation. Keep in mind this was after a huge steak/potato/ceaser salad feast.

Again, men are pigs…and ironically we enjoy the occasional one as a light desert. (pigs not men)

4.) Maury had a great time or at least he thinks he did. After all that’s what it was all about.

I have some good videos of the above debauchery. I will try and somehow post soon. 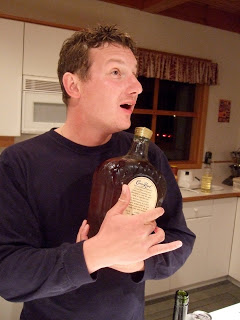 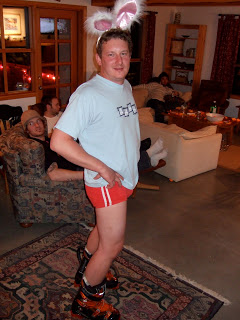