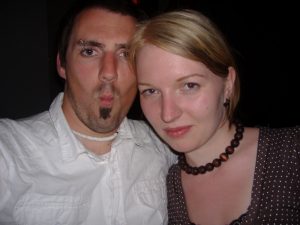 Ok. So not only is Stockholm quite pungent with beauty…it is very, very hip. I was supposed to take a night train to Oslo but was convinced by a Finnish girl to stick around another day. I hung out with her and an Austrian girl the night before and had a great time. The next day didn’t turn out as planned. Recovering from the Irish pub we went to (that is one thing you can count on in every city, a great Irish pub with live music…and sadly, a McDonald’s) I spent half of the next day relaxing in the sun by the water. I had broken down and bought the new Chilli’s CD at Athens airport even though I didn’t have a way of getting it on my MP3 player. I was lucky enough to meet a guy from Iceland who was very nice and let me use his laptop to transfer the songs. This made me very happy. The disc’s are very mellow but was expected. My favorite chill out tracks are  Strip my mind, Wet Sand, and Snow. There are a few funky songs that resemble the chilli’s of old like Hump de bump, Tell me baby and Turn it again which has the coolest guitar riffs. 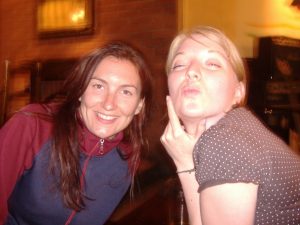 Anyways…the Finnish girl was in town to book a jazz band so I ended up having drinks with one of the members . The band had played Canada (including Edmonton) last year so we had lots to chat about. I was then invited to their show at a very cool bar later that night. The place was packed and had a very hip vibe. The band was very different as they ran their sax-a-ma-phones through guitar pedals similar to the ones I used. Very interesting sounds. If anyone is interested click on the logo for their site.

After another late night it was time to catch a train to Oslo. Turns out that there was no night train so I had to go to Gothenbourg to make a connection. Half way there I started thinking that Copenhagen is close to Gothenbourg and I had wanted to go there earlier in the trip. When I arrived at the train station I found a connection that left right a way. Oslo was a half hour wait. So I jumped on. I love this random life I am living. On that note, I was sitting by the water in Stockholm listening to the Chilli’s disc and thinking where I should go. I was reading about St.Petersburg in my guide book and thought it would be cool to go there. At that moment the title track from the disc plays and mentions St.Petersburg in the first line. Spooky. I am trying to pick up on these kind of coincidences so I kindly asked my brother to look into Visa’s for Russia.

So I am in Copenhagen and it’s great. Life is Random indeed. I will post pictures at my next stop as I really just came here to get an access number for my phone card.

Off to Oslo (I think) in the morning.