What a freaking great summer. The warm weather was late to arrive to the west coast but when it came it decided to stick around longer than usual. I got to enjoy this even more so this year as I started working compressed work weeks. Every second Friday quickly became “Shaun’s super fun day of fun and sanity.”  I was able to get out hiking and golfing without the crowds. Grouse Grind became my friend (and hateful enemy) as did stores for everyday chores.

For the most part we stayed close to home all summer. The great thing about Vancouver is you can head out an hour in any direction and find good times. An hour south we visited the sleepy and scenic coastal town of Anacortes Washington where we toured Deception pass, ate road side shrimp and, watched the f*uck out of some whales. We knew we were in the sticks when the drunken fishermen at “Sweet D’s Shrimp Shack” called out to Erin, “Hey Hollywood” as she placed her order. 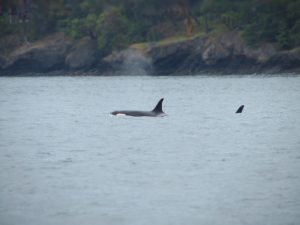 An hour ride and ferry up the coast we found our new favorite Oyster spot. We stumbled upon Smitty’s Oyster House  on our way to a cabin we rented for the weekend on the Sunshine coast. This “cabin” turned out to be a giant house. After the first night we realized it was too much house for one couple and called in reinforcements to enjoy the deck hot tub and feast we prepared. A stop at Smitty’s on the way home happened. It’s that great. 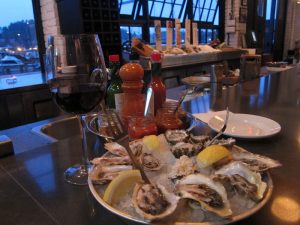 An hour ferry ride west Canada day weekend took us to a friends family “cottage” on Vancouver Island. A weekend of golf, drinking, eating, and yurting was had.

I was also lucky enough to get out on a few work trips that took me around Vancouver Island. I was as far north as Alert Bay where I was able to visit with family friend (and personal Alert bay tour guide) Anna Marie. I worked (and fly fished) my way back down the Island coast all the way to Salt Spring Island, another hour away gem that I will have to return to on my own time. 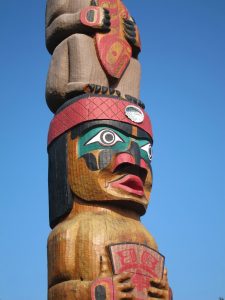 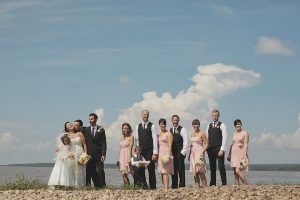 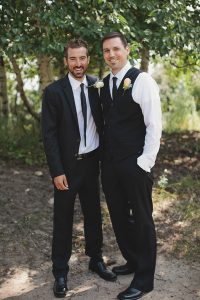 The only trip that took a flight to get to was for my close friend (and 2006 travel partner) Jon’s wedding at their family cabin on Shaw’s point, Slave Lake, Alberta. It is a beautiful spot that I was able to enjoy growing up with him and his family and made a great place for a wedding.

Summer 2012 was also the summer I finally embraced getting older. I have never golfed or fly fished (and thoroughly enjoyed it) so much in my life. Yes my summer was packed with old time fun. Fishing was highlighted by a weekend trip north of Campbell River on Vancouver Island at an amazing spot that could have been a promo for BC tourism. Pods of orca’s passed by us off shore while seals chased the thousands of salmon that swam past our feet. All of this with a mountain backdrop. It was unreal.

For some of my favorite fishing gear, see this article! 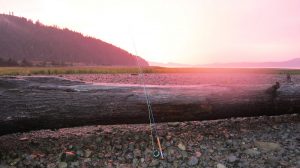 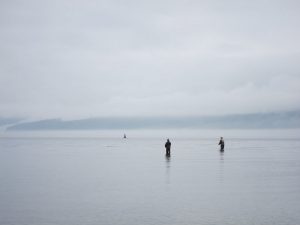 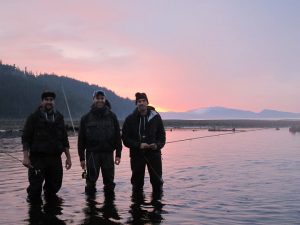 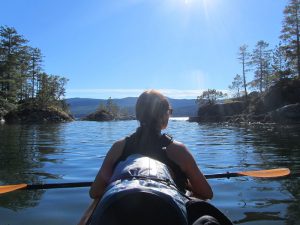 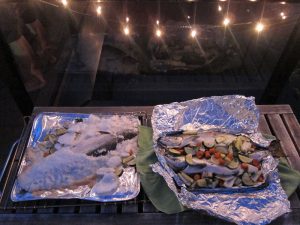 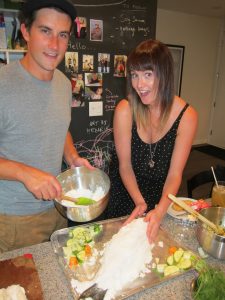 This trip was followed by Salmon Feast 2012 on our rooftop. Stuffed salmon, Teryaki BBQ salmon, and salt crusted salmon. Amazing.

Summer 2012  wasn’t all fun as it was almost my last summer. Slight exaggeration perhaps but on a weekend kayak trip up the Seachelt inlet it sure felt that way. Following a super fun day of fun and sanity that included golfing, a Vancouver Canadian’s game, pitch and putt, and a Metallica concert, Erin and I thought it would be good to shake off our hangover by doing an overnight kayak trip. Forecast was favorable so we headed out and paddled our way up the inlet. Hangover aside, every other person in the world thought this weekend was a good idea as well. Not wanting to spend the night on a beach with 50 girl guides we made the call to cross the then calm waters of the inlet to the more secluded side. We had an amazing night on a beach with a view of the ocean and mountains right from our tent window. In the AM after a breakfast of spam and eggs and Vietnamese coffee we packed up and started heading back. By then the wind had picked up and replaced the calm waters with white caps. We only made it a half hour down the coast until we had to pull into a small beach where we waited and waited for the wind to settle. And waited. Finally we made the decision and took the diagonal trip across the inlet. It was brutal. The wind picked up again and made the 1 hour trip 2.5 hours. We paddled in place for the most part and struggled to stay heading into the waves. Let me tell you if you ever want to test your relationship get into a double kayak with your significant other. I am proud to say we made it out alive and relationship in tact. 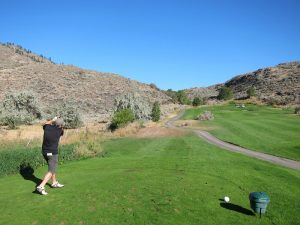 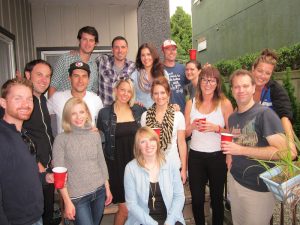 Summer 2012 also wasn’t just about testing relationships. While Erin was doing “Vegas only knows what” I was having a man weekend. Travel companion and overall “Chad” Justin flew out for some fun. Golf in Osoyoos then racing back to Vancouver to catch Jerry Seinfeld (who was surprisingly hilarious live) was a great time. More golf, booze and poker followed.

And of course the now annual Patio Bike Tour was had. Great times as always and hey, no injuries! Pickled liver aside.

How do you follow up a summer like this? Sober October for starts. 31 day detox that is going to include a cleanse, 3100 push ups, a heavier wallet and rest. 6 days in and no shakes so far. Having no NHL to watch helps. The lockout will hopefully allow me to be more productive and get things done…or it will just be replaced by fantasy football and the release of Halo 4 AND Call of Duty…Nerd November to follow.