Pin28
Tweet1
Share20
Email
49 Shares
As if  New York isn’t expensive enough, I made the call to upgrade my seat on the trip home. Is Air Canada Premium Economy worth it? Let’s find out.

How Do I Book Air Canada Premium Economy?

New York is an expensive city. As noted in my three days in New York write up, it felt like we were gouged around every corner. So why, oh why would I want to pay more money on this trip and upgrade my seat home? It boils down to being impatient.
As our connecting flight to Montreal delayed later and later I got bored. This boredom lead to keeping tabs on the last minute upgrade fare for our flight from Montreal to Vancouver. It started out laughably high, to say the least:
What I can only imagine was a glitch later turned into a decent deal. Looking just before take off from Newark the price dropped to $210 USD. With a swing of over $22 million, it seemed like a hell of a deal 🙂
Even with the huge discount, I wondered if Air Canada Premium Economy is worth it. Upon touchdown in Montreal, I quickly realized it wasn’t.

With a short turnaround in Montreal, I didn’t think I would have time to check out the Air Canada lounge. To my pleasant surprise, the lounge at YUL was next to my boarding gate so I thought I would pop in for a pre-flight cocktail. This was quickly squashed. Air Canada Premium Economy does not get you access to Air Canada lounges.
This would normally make sense however after flying Norwegian Airlines premium economy service and getting access to the LAX OneWorld lounge I thought otherwise.
Similar to Westjet Plus, this made up my mind on the value of Air Canada Premium Economy.

What Are the Seats Like in Air Canada Premium Economy?

Much like Norwegian Airlines Premium Economy offering, seats are in a 2-3-2 configuration. If you get a middle seat, in my mind, that voids any value in upgrading. Be sure to select/change if you can.
The seats on this Air Canada Premium Economy review are comfortable with plenty of legroom. No complaints here!

Service on this Air Canada Premium Economy review was just meh. I say this as there is not much difference between premium and economy. I find service on Air Canada pretty good for the most part although I had asked several times for a second beer. If you have been following along, that is enough to lose points with me.

When you board you get a small menu with a couple of choices for meals. I had a chicken piri-piri that was just OK. Erin had cheese tortellini in a vodka sauce that was tasty. Overall, the meal service is very good and far better than WestJet Plus boxes lunches.
The drink menu was just OK as well. They embrace Canada’s cocktail, The Caesar, but miss the mark with their beer selection. With Canada having some of the best craft beer in the world, (I’m bias of course) I wish Air Canada would get on board with this.
The second meal before landing consisted of a snack – plain chips and Kit Kat bars which is the same as Air Canada business class. 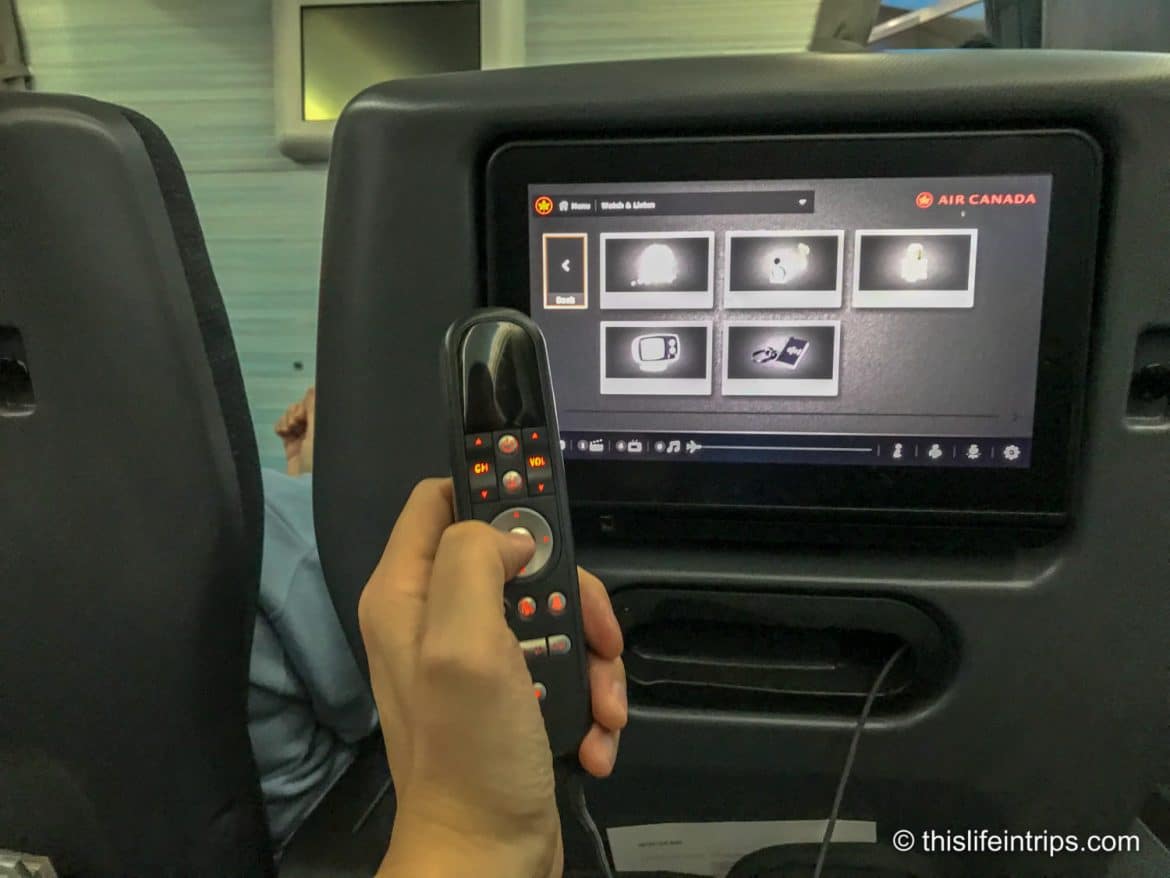 In-flight entertainment screens in premium economy are much larger and clearer than those found in economy. That is where the differences stop. Content is the same meaning this is a negligible perk.

What Are the Amenities Like in Air Canada Premium Economy?

I am usually the last to board a plane but with the rise in baggage fees comes the rise in those wanting to beat them. Premium Economy at least gets you priority boarding, guaranteeing your carry-on is not checked due to lack of space.

Beyond that and the included checked bag fee, there is no amenity perks with flying Air Canada Premium Economy.

So this should not come as a surprise when asked if Air Canada Premium Economy is worth it and I say no. Unless you are checking two bags, avoid a middle seat, and it is a last-minute deal, I don’t see the point. In the end, I paid an extra $200+ USD for more room and a hot meal.
If lounge access was included, maybe I could justify the price. Otherwise, this service should be priced around what WestJet charges for their premium offering day off – $99.

What say you?
Is Air Canada Premium Class Worth it to you?
Let’s hear it! 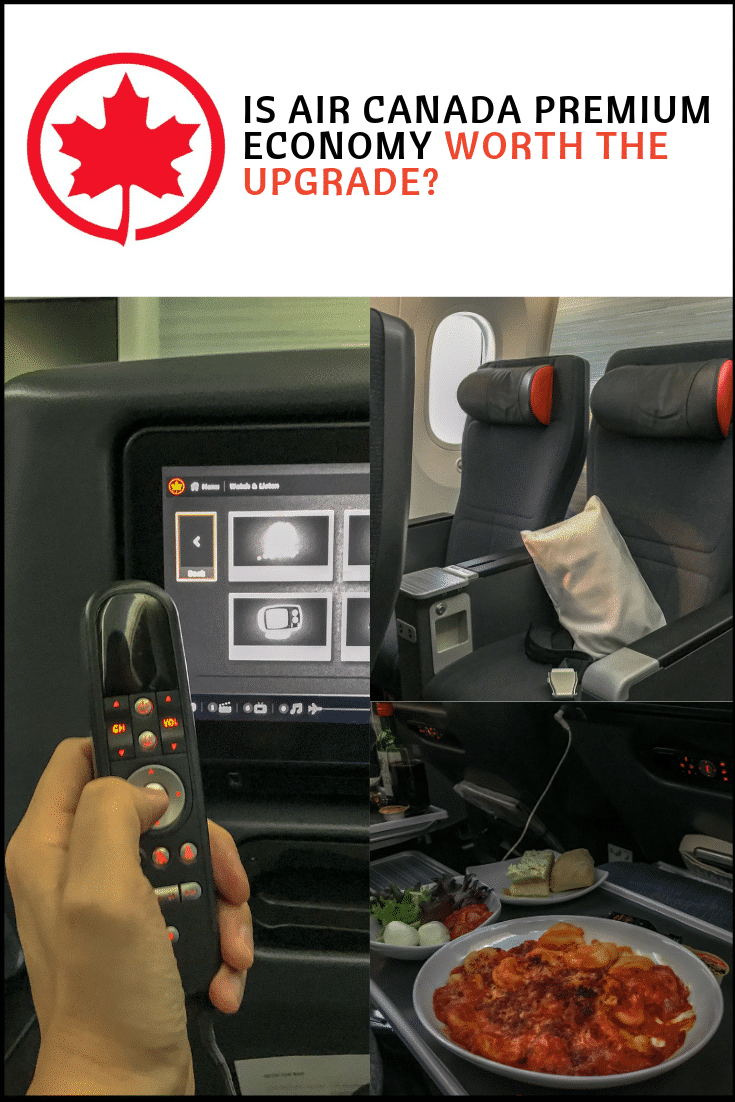 So how does this Air Canada Premium Class Review rank?