In search of shade – Napa Valley in a Day 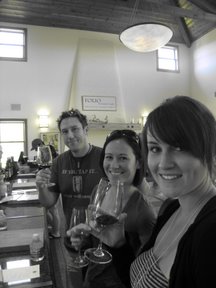 Even though we had a long, loooong night and even though my sleep was less than cozy, we managed to get up early Saturday morning. You can chalk it up to the excitement of seeing Napa Valley in a Day or the fact that I literally fell out of bed. Either way I was up. Before leaving for San Fran we discussed taking the train out to Napa or going on a tour in order to maximize time (and drinking) however Justin was convinced that renting a car was the way to go. He wanted to find some shade under a tree and have a picnic overlooking a vineyard. Sounded good to me so with that I let him make the arrangements. That said I was a little taken back when we got in the car and Justin said “Where to?” None the less, we made it to the Valley and stocked up on baguettes, fine cheeses and vino at the first store we found. By the by, booze is cheap in the states. Stooooopid cheap. I know I say this every time I go south but it still shocks me every time. 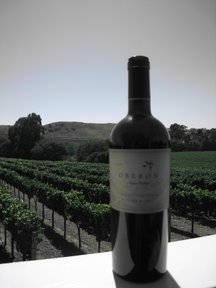 Our first stop was the Folio wine studio, a small vineyard owed by the Mondovi family. We entered and were instantly greeted by the very friendly staff. Being wine tasting virgins we were coached through the process and sampled some very good wines. When Justin asked about a good place to enjoy the wine with some food the hostess told us we would be hard pressed to find a spot not on private property and then took us to the back of the winery where they had a deck and comfortable seating for their guests. The spot was perfect. It overlooked their vineyard which made the perfect backdrop to our picnic. We bought a couple bottles of wine, some “fancy” plastic cups, and were set. It was awesome. I couldn’t image a better experience. Michael Mondovie himself came by to say hello even though Justin was wearing a shirt with a keg on it with the line “I’d Tap that” in bold letters. Class act. 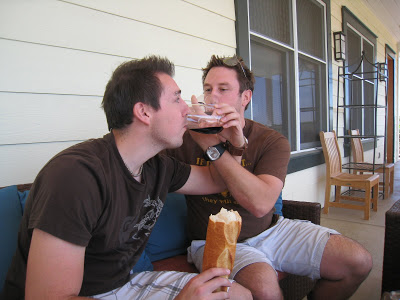 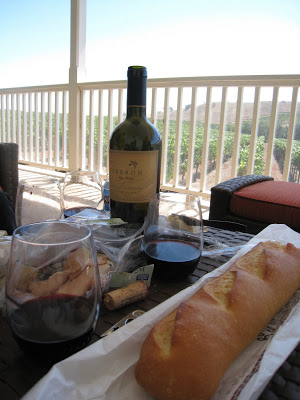 It was hard to leave the vineyard as it was truly relaxing, however there were many, many other wineries to see. We reluctantly packed up and made our way to the Black Stallion winery. If you are ever in Napa Valley DO NOT GO HERE. The large, shiny new facility is appealing to the eye but not the pallet. The overall experience left a bad taste in our mouths. A taste only comparable to the very swill they were serving. (Look at me! I’m a snobby wine critic!) The place was packed with tourists on bus tours, the staff was not even close to being friendly or approachable and…AND because the winery is new, they don’t even grow their own grapes! P.U. To be fair I think its possible that the welcoming experience at the Folio studio would taint any other wine tour although the staff was quite rude and the wine really was nothing special. With that we left in pursuit of our original plan.

Finding a tree for a shaded picnic proved to be an impossible task. Although it never happened, we got to see some beautiful country side in the search:

Unbeknownst to us, most wineries close at 5:00 pm. This was a shock to us but then we realized that they were not bars. Still… We didn’t get to see anymore that day but that didn’t matter. None of us complained as we all had some great wine, some fine cheese, some good laughs, and saw a lot of grapes.

We planned out trip back so it would take us through Muir woods and then across the Golden Gate Bridge. Unfortunately it was too dark to go through the woods (next time?) and the fog rolled in so the view from the bridge was less than spectacular. To compensate we headed to Lombard street (crookedest street) and drove down it. This was a task Erin and I tried to do with the GoCars last time in San Fran but failed to get there in time. Anyway, here is a time lapsed clip of the ride down:

A night of tasty sushi and Saki followed. It was a perfect post concert non-cleanse with much seen in Napa Valley in a Day. 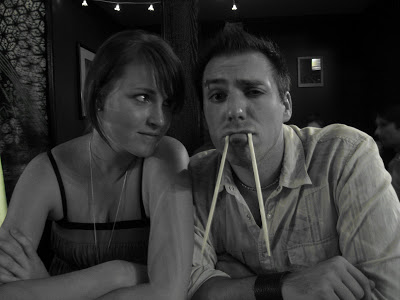