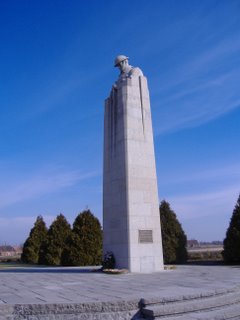 Today was a very big day for me. I know it may seem like all we are doing on this trip is drinking and eating…and drinking some more, but a big part of me doing this trip was to see the various war memorials and pay my respect. We did that with our visit to Decau, the Ann Frank house, and today, a tour of Flanders field.I already knew that WWI was a trench war but had no idea how little ground was fought over in Flanders field. Over four years a stretch of 11 km (not sure of the sq km) changed hands between ailed and axis forces. And over these 4 years hundreds of thousand of people died in this small area. It was shelled constantly and was a waste land. We saw pictures from different spots where now, it looks like a farmers fields in Alberta, but in the picture it is just mud, water, and blown up trees. Farmers are still digging up shells, weapons, and human remains. 200 bodies were recovered last year alone. Over 90 years and there is still bodies buried in the bunkers below. 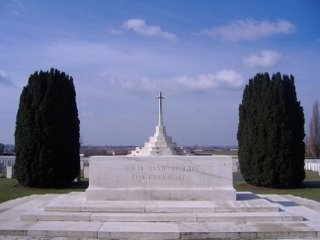 It was a very heavy day and was hard to take it all in. The Canadians that fought there had done some amazing things. They were the first to stand up to chemical warfare and did not back down when others fled. It was very moving and makes you feel very proud. At the end of the day it makes you grateful for what you have and what is taken for granted.

Some of the highlights of being in Flanders Fields was the Canadian monument, the bunker where Jon McCrae wrote “In Flanders Fields” and the Menin Gate (spelling?) which has names of over 50,000 soldiers that do not a grave. There is an estimated 50,000+ more to be added. I believe there is a picture of it on the Canadian 10 dollar bill.

Here are some pics from the day: