Most peoples Thanksgivings staples include the usual…turkey, family, friends, over-eating, and the occasional indigestion. My last few thanksgivings have included all those things plus trips in small planes. This year was no different. Not nearly as exhausting as last year but fun none the less and it has held true to the these new traditions.

The weekend started out with a bang. After touring Jasper and Banff for a couple days, Erin’s folks came to Edmonton in search of excitement, good times, and exciting good times. We didn’t disappoint as the first couple days were split between shopping for dishes and snaking sewer drains. Intense. What better way to bring family together than wondering countless stores in search of the perfect dinner setting? How about being elbow deep in a toilet drain? Cherish those moments people. I did. 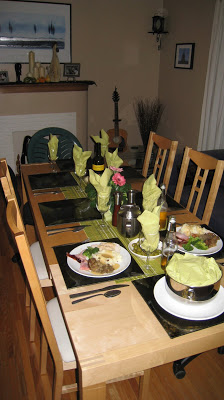 Bored and fed up with the chipped and mish-mash collection of bowls and plates in my cupboard, Erin decided it was time for me to move on from my college days dinner set. Time to move up to the big boys table. Originally I agreed with her in theory but financially I thought the money could be spent on more important things…like say food to put on those plates. With that the notion was dropped. All was well until I had a laps in judgment . On my way back from a particularly long road trip I stopped at Ikea to pickup some dishes Erin had said she liked. A simple enough task however I had just driven 1200 KM in less than 2 days. Picking out dishes quickly became very difficult for a simple person. Now the laps in judgment wasn’t the fact that I was not smart enough to execute a simple purchase. Nay. That was very thoughtful for (at the time) a very thoughtless person.The issue was that I told Erin about this thoughtful effort. With that the dinner plates were back on the table. 2 days (2 days!) was spent searching every store (every store!) in the city , trying to find “the” set. 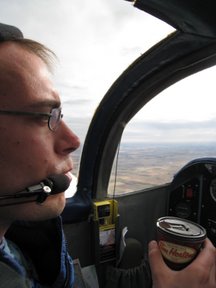 Being thanksgiving and all I was very thankful for my brother and his new plane as I was spared the second consecutive day of dish shopping. My mom and brother flew down to enjoy a thanksgiving feast with us. My mom joined the great dish hunt of 08 with Dani, Erin and John (so sorry John) while I continued on with Scott to Calgary. As previous posts have showed, Scott’s new plane is a small, fast, 2 seated sports car with wings. It is so small that you are half lying down when you sit in it. You couldn’t be much taller than me and still fit. In fact my feet were pressed against the rudder pedals when sitting/lying in the plane. When asked if this was an issue Scott shrugged and said that he needed lots of right rudder for take off but he would figure that out later. This was said as we taxied to the runway. So when I was asked to get off the pedals I had to put my left arm around Scott and lift myself back and use up the limited space between my head and the canopy. Factor is 2 Tim Horton’s coffees in between my legs and a camera snapping pictures in the other hand and you have got one interesting take off. 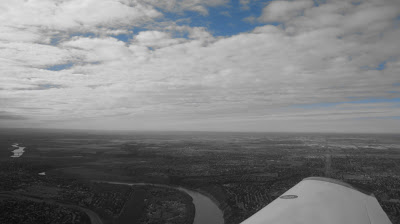 The flight down was great. I got to fly most of the way. Such a fast, fun plane. 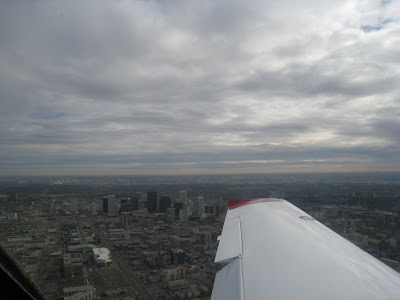 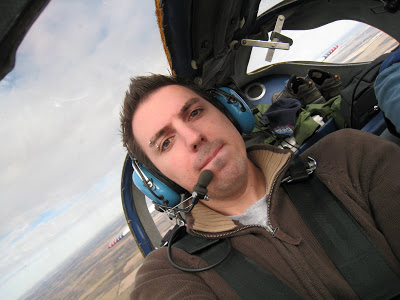 Once in Calgary we stored Scott’s plane in JN’s hanger (you may remember JN from last Thanksgiving) then made our way back to Edmonton in a rental car just in time for turkey. There was also a delicious ham Jon smoked on the BBQ. Life is good when delicious animals on the table…

Why is it the one time I have more house guests then bedrooms the basement toilet goes out of commission? Ain’t that a B? to add to the trouble it started acting up on the holidays so to get a plumber in would have been very very costly. This resulted in numerous attempts to fix the problem ourselves. Various chemicals, snakes and plunger attempts were made. All with little results. I even climbed onto the roof to snake from the top down. Nothing but dirty, dirty dental floss came of that. Thankfully we made it through the weekend on 1 toilet. Its a thanksgiving miracle!