China is renowned for its giant pandas, the rare species of bear that is indigenous to southwest China, mainly in Sichuan Province, with small ranges in Yunnan and Gansu. Once one of the most endangered species of animals in the world, and the logo of the World Wildlife Fund around the world, this beautiful and cuddly creature has now become a major tourist attraction in China, with four Giant Panda Reserves in Sichuan Province alone, located mainly in the area around Chengdu, the provincial capital.

Started in 1986 with just six rescued pandas, the four panda breeding centres in Sichuan are the top breeding and rehabilitation centres in the world for giant pandas and have helped to increase the population over the last 30 years to a point where the bears are no longer on the endangered animal’s list. Much of this is due to the hard work of the skilled panda keepers and researchers at these facilities. And for those that want to know what it is like to look after these beautiful bears, there are options in three of the centres in Sichuan Province to be a keeper for a day.

The best Chengdu panda tour is to be a panda volunteer. Dujiangyan, Bifengxia, and Wolong Panda Bases all have volunteer keeper programs, where you can spend the entire day with the skilled keepers, attending to the needs of the bears and preparing their food, as well as learning more about these animals that were once the most endangered species of animals on the planet. 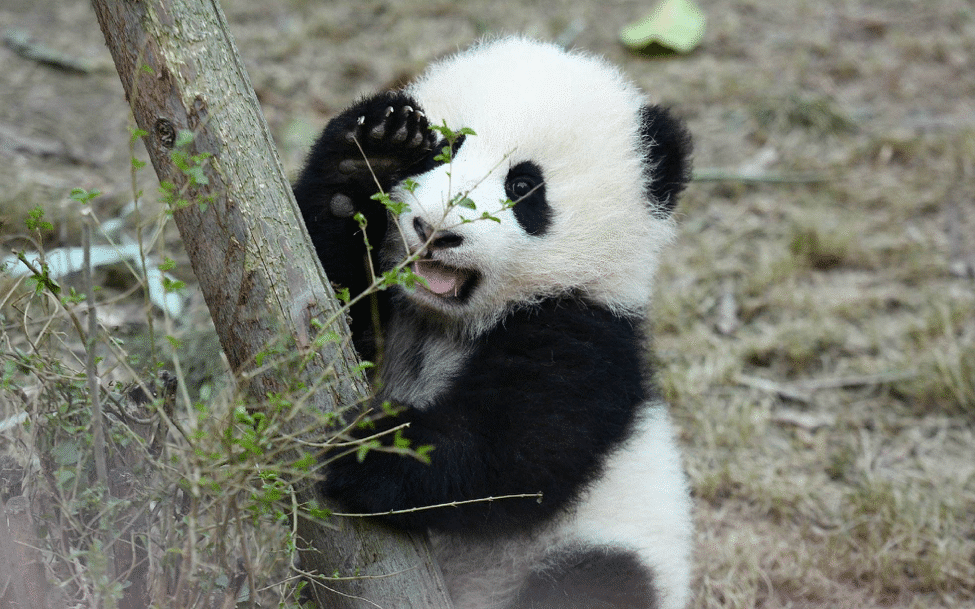 However, while volunteering to be a panda keeper for the day may sound like a great experience, because of the special care these bears need, it is not as easy as just going there to volunteer. The panda centres do not take walk-in volunteers, and all their panda volunteers are provided by third-party travel agencies with special permission to allow volunteer programs on their tours.

Panda volunteer tours are run by us in conjunction with all three panda centres that have the volunteer programs, and range from one-day to three-day tours, depending on the location of the centre. The tour must be booked through us in advance so that we have time to organize the panda volunteer program with the centres, as there are only a limited number of volunteers allowed in each centre per day. The tours can be done all year round, as the weather is not a big concern when dealing with giant pandas. It is also a very leisurely way to tour the centres, with little to no demand on your physical abilities.

Where can tourists be a panda volunteer

There are three sites where you can become a volunteer keeper for the day, which are:

The largest of all the panda centres in Sichuan Province, the Bifeng Gorge area is split into two zones, the scenery zone and the wild animal zone. The Bifengxia Panda Reserve is in the scenery zone, where the pandas have a comfortable and pleasant life, living as they would in the wild. The centre lies in one of the most beautiful valleys in Ya’an, with stunning waterfalls, vast stretches of forests, and lush green areas. Around 144 kilometres from Chengdu City, the centre has more than 80 captive pandas that have been delivered there from other centres and from around the world. A huge and comprehensive facility with excellent facilities for both research and tourism, the centre is one of the best places for the volunteer program. 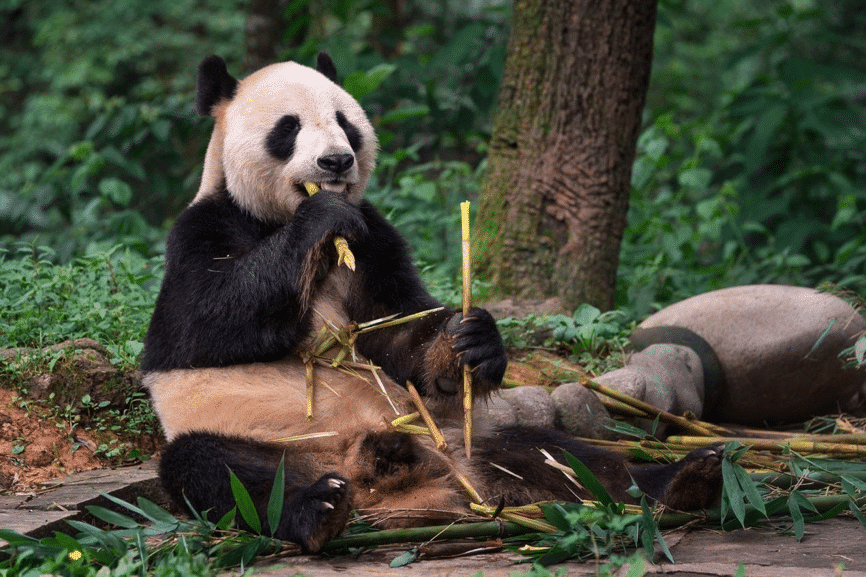 The closest panda centre to Chengdu that offers the volunteer program, Dujiangyan is officially known as the Chengdu Field Research Center for Giant Pandas but is known locally as just the Dujiangyan Panda Valley. Just 50 kilometres from the centre of Chengdu City, the centre was the first to be specifically built to provide a research centre that would release the giant pandas back into the wild as part of their breeding program. A paradise for the giant pandas that is not far from their own natural range, the centre has a tranquil environment for the pandas, which helps to promote breeding. The centre has a transitional zone where the giant pandas learn to fend for themselves in the wild before they are released into the forests of the Panda Valley.

Known as the Wolong National Nature Reserve, the centre lies around 130 kilometres from Chengdu, in the southwest of Wenchuan County. A haven for giant pandas, and the home of the precious giant panda bio-gene bank, the number of pandas in the reserve was counted recently at more than 100, totalling around 10 per cent of the global panda population. Despite being heavily damaged by the Wenchuan Earthquake in 2008, the centre has been rebuilt and refurbished and has the largest area f natural habitat for giant pandas in the world. This vast wild natural environment, with plenty of bamboo for food for the pandas, means that none of the giant pandas are kept in cages or pens, and they wander in their natural habitats in a variety of zones.

Highlights of a Panda volunteer in Chengdu program

The Panda Volunteer Programs mean that tourists can spend an entire day at the centres, and will actually interact with the giant pandas, and sometimes the newborn panda cubs, in their natural environment, caring for the pandas and preparing their food before the feeding times. However, this is restricted to people between the ages of 12 and 65 years old. 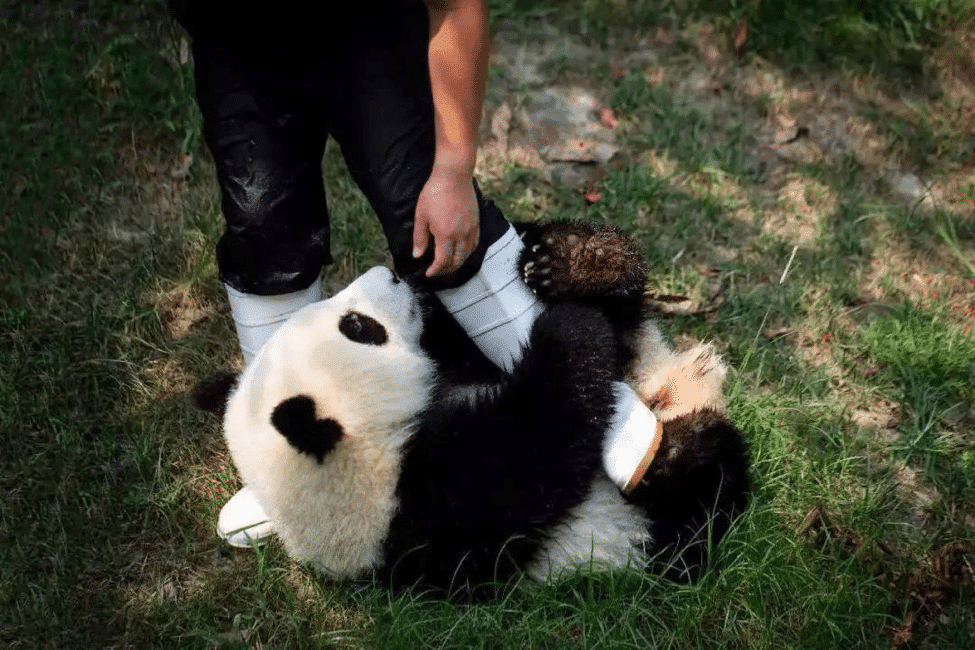 The programs consist of a variety of tasks that will be done throughout the day, from cleaning out the panda pens and making the famous “panda cake” to feeding and interacting with the cuddly pandas and learning more about the pandas, the centers, and the breeding and release programs. You will also get to tour the entire facility, and the day ends with a certification giving you the qualification of “Panda Carer”.

While the tours are limited in the number of people that can enter them at any one time, it is worth booking well in advance to get onto the tours for panda volunteering. At this time, there is currently no centre that offers the previous “hug a panda” experience, due to cross-infection of the pandas from people. So, the only way to actually interact with the bears now is to get onto the volunteer programs. The volunteer program is a great way to experience the reality of the panda centres of Sichuan Province, learn more about the pandas themselves and the amazing efforts of the researchers and breeding staff, and understand how important these beautiful animals are to the world.

What say you?
Thoughts on How to be a Panda Volunteer in Chengdu, China?
Let’s hear it!

Written By
Contributor
More from Contributor
Whilst planning your getaway this year, have you considered a British vacation...
Read More