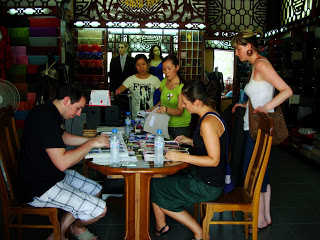 A well rested and medicated group arrived in Da Nang bright and early. Our hostel shuttle (which probably cost us way too much) took us to our very nice Hoi An hostel. I had not read up on Hoi An but was told it was a place to shop and get tailor made clothing for pennies. We let the hostel owner take us to his shop where we perused department store catalogs for some clothes to be made for us that day. A process that consists of pointing to an article of clothing in the catalog then picking your fabric. As simple as that sounds, for me it was a bit overwhelming. When I shop for clothes I tend to try something on, hum and haw about it, come back a week later, think about it some more, finally buy it 2 months later, decide I don’t like it, return it 3 days after I am allowed to get a cash return and end up with store credit. That is when another article of clothing catches my eye and the whole process repeats itself. Its a system. So for me to be sat down with a catalog with 4 Vietnamese women hovering over my shoulder all shouting “You buy something now!?” can be a bit much. Hoi An Tailor Made clothes were not for me but the girls were having a good time with it. That includes Justin. 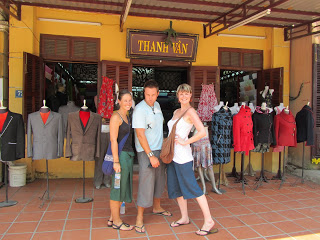 Established as the largest harbor in Asia during the first century, Hoi An became heavily influenced by the french. This is clearly represented with a walk in its old quarters. Amazing bakeries and restaurants along the cannel make it feel like your in a small European town…a hot and dusty European town but still, the feeling is there. 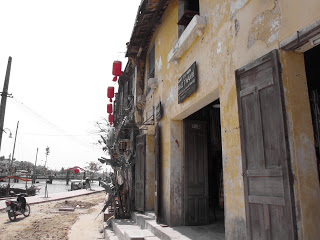 We also took in some culture as we watched how paper lanterns are made, took in some traditional dance, and ate quesadilla. We also went through the market area and one of the oldest houses in the area which for a century, floods every year! 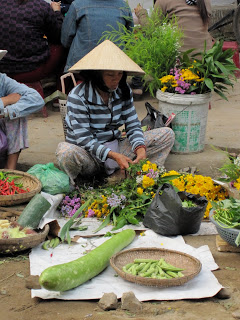 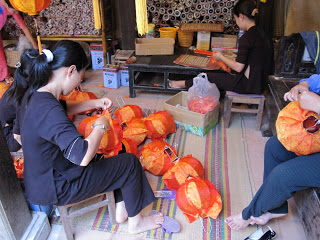 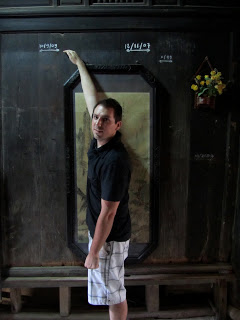 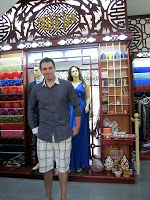 Back at the Hoi An Tailor Made shop for our fittings were hit and miss. Alison’s clothes turned out very nice as did Justin’s (minus a pair of unexpected short golf shorts) My dress shirts came out nice however my suit jacket was more dressy than I had hoped. Erin, wanting clothes totally different, was not so lucky. She got what appeared to be the reject pile at a fashion show. There was potential however with the quick turn around the complex pieces were clearly rushed. That said it was an experience…one we probably paid way too much for but an experience none the less. When will I ever get Hoi An tailor made clothes again?

After a dinning on the areas famous dish, chau lau, we ere done for the day. Another 6:00 AM flight in the morning.