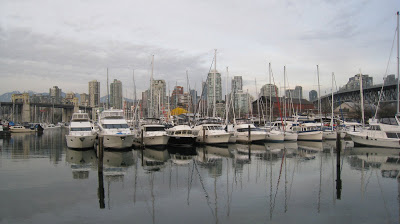 Yup. It’s Officially official. I’m heading to the west coast. The speedos and umbrella’s are packed. Giddy up.

Although it may seem like a sudden move for some, this has actually been the plan for sometime now. I had thought about a job transfer 6 years ago after visiting my friend (and former Jackdicky front man) Cort. I remember sitting on his Beach avenue apartment balcony and thinking that he had the life. I sat there in 25 degree sunshine and was in awe of the view. Mountains, beach, ocean and bikini clad women on roller blades. As I landed back in Edmonton I was greeted with flat brown fields with a fresh dusting of snow. Needless to say there were no bikini clad women. This reality shock wouldn’t have been so bad except it was May. It was at that point I asked myself “Why am I living here??” It was a great question. I really have little ties to Edmonton other than being an Oiler’s fan and having (relatively) cheap access to my home town (Yellowknife) So why didn’t I pack my bags then and there? The cost of housing. The Alberta boom hadn’t quite hit at that point so selling my place would have done very little at getting me into the hot Vancouver market. Not wanting to rent a shoe box of an apartment I decided to travel Europe instead. (I know what your thinking, tough comprise right?) You should be familiarized with how that turned out by now…if not see here! 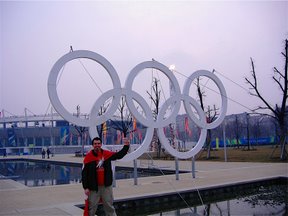 My first stop on that European trek was at the Turin Olympics. It was a blast. I remember going to the Canada tent and seeing all the promotion for the 2010 games in Vancouver. I decided at that point that I would make every effort possible to get there for that.

Fast forward to the booming Alberta market. Suddenly the ½ million dollar condos in Vancouver seemed less outrageous. Selling my place now became a viable option to getting into one of the best places to live in Canada, maybe the world. So for the last 2 years I have been looking into working on the coast and as of last April it has become official. So as “T.V”. would say on the CBC drama, “North of 60″…Screw you, I’m going to Vancouver!