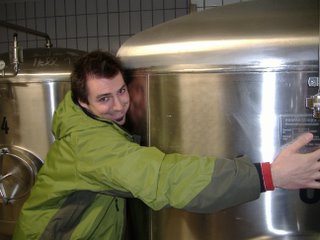 Last night we went on a beer tour and had a blast. Apart from drinking a lot of good German beer, we got an education as well. Germans love their beer. So much so that there is laws about what can be put in it. Makes you realize how bad North American beer is. We had a cool guy named John from Chicago on the tour. He loves Budweiser and got teased pretty good by our guide.

Here are some pics from the blurry night.

Our tour ended at the famous Haufbraus (spelling?) and it was amazing. The place was packed and it was a Monday night. We met a true bavarian man who owns a table there. 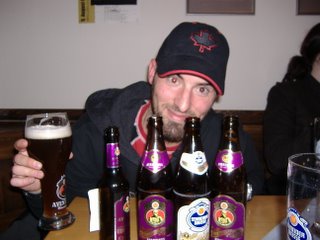 He was decked out in the full leader hosen and hat. We got some good pics but they are on Jon’s camera. I will post later on.

I loves me some German Beer.