The first leg of my February Fun trip started in Florida. Erin and I arrived in Orlando and were greeted by Mr. and Mrs. P and their new friend Tom…Tom being their new GPS which their kids got them for Christmas. Tom was supposed to ease the tension of driving in the south however I’m not convinced of this. Poor Tom took some pretty heavy verbal abuse the whole drive from Orlando to good old Saddlebag Lake retirement complex. Poor Tom.

Taking a tour on a fan boat was really neat. Was amazed at how smooth those things are, even over land.

On Erin’s birthday we headed into Tampa as our flight to Vegas left from there the next day. We celebrated in Clearwater over crab and mini put. (For some reason we can’t escape Florida without playing mini put…or going to Wal-mart.) Somewhere in there Erin mooned the gulf of Mexico on a dare. Who else can say they have done that on there 27th birthday? Oh to be young and reckless again. 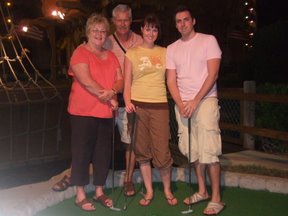 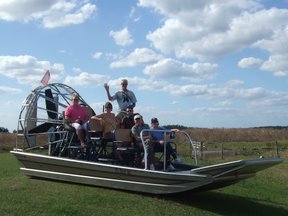 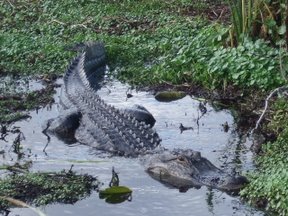 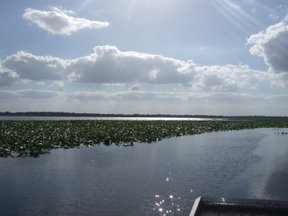