Walking around downtown Burbank all we noticed was chain restaurant after chain restaurant – and they were all packed. As we walked further I couldn’t help but feel like Burbank had no soul. In a place where creativity, imagination, and entertainment is born how can Buffalo Wild Wings and Fuddrukers be THE hot spot on a Friday night? What is unique and imaginative about that?

Enter Flappers, a comedy club looking to put a little character back into Burbank.

Amongst the big box stores and malls, Flappers Comedy Club stands alone. A testament to this – Flappers space was once a Macaroni Grill. With what appears to be everything against a mom-and-pop anything in downtown Burbank, Flappers Comedy Club has beaten the odds. Even with the “chain” comedy clubs trying to squeeze them out, Flappers brings the funny to the people. A silent victory but one that is not lost on those looking for something unique in Burbank. 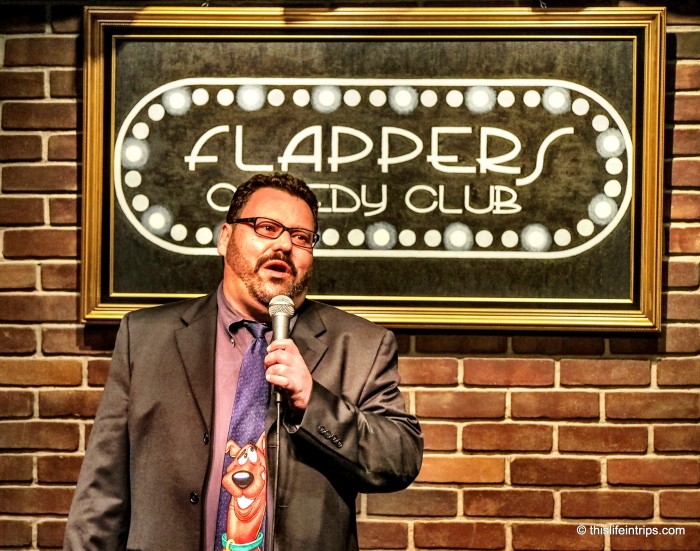 Once seated in the main comedy club (there are 3 stages at Flappers Comedy Club!) we were greeted by Barbara Holiday, manager and overall funny human being. Barbara’s passion for comedy is undeniable. The excitement in her voice was genuine as she gave us a rundown on Flappers Comedy Club and listed off well-known comedians that have preformed there. As Barbara took us through the underbelly of the club for a tour I couldn’t help but think that a club of its size is a lofty ambition. Two small stages, a bar, and a main stage as well as a full-size kitchen seems like a lot for a comedy club, even for Los Angeles. Still, after four years of trying to make a name for themselves, Flappers is starting to draw big-name talent. 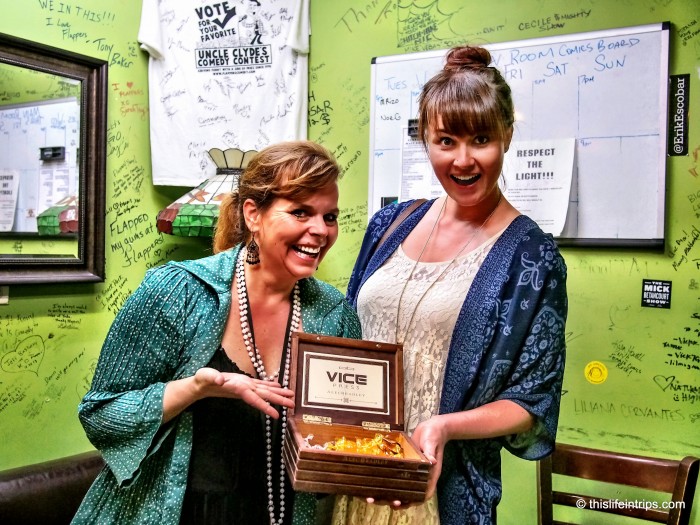 Flappers Comedy Club – A nice t-bone steak and a side of funny.


Barbara’s vision of a place where you can get a great meal and share some laughs is a respectable one and somewhat unique. It felt odd to me as any comedy show I have been to only had overpriced pub food on the menu. Not at Flappers. The menu ranges from specialty salads to steak and seafood dishes. Sadly Erin and I had a late lunch and were feeling the effects of a few days eating in Amurica so opted to share a couple dishes – you know, to be healthy. A plate of baked wings and specialty mac n’ cheese later and the button popped on my pants. 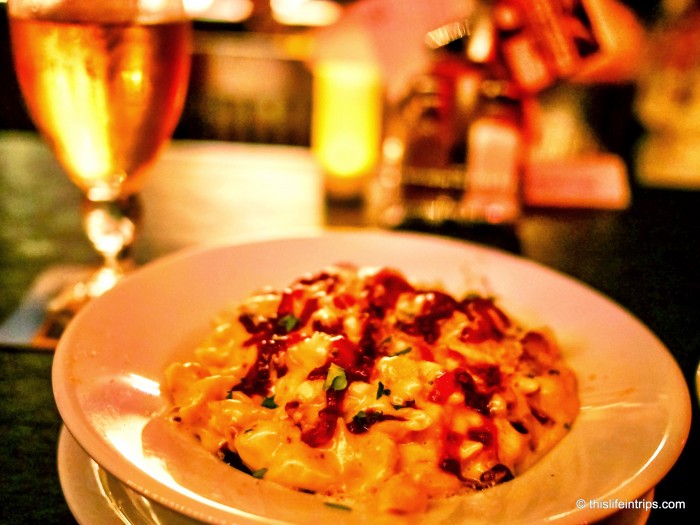 Flappers Comedy Club – Where dreams are made (and broken)

The space, albeit large, is well utilized. “Comedy classes” are taught during the day which are exactly what they sound like…sort of. “You can’t teach funny” explained Barbara. No, but you can teach them how to crack jokes, be more social, a better presenters, and above all else, to be authentic.  Skills that not everyone is born with but can get better at which is beneficial for the student and society in return. Because of this it’s not just comedian wannabes who are signing up at Flappers Comedy Club University – or “FU” for short. Doctors, lawyers, and business folk that are all looking to loosen up benefit from these classes. And that’s an amazing thing don’t you think?

The show itself was great, 3 comedians plus an MC who were all funny – and I mean “ha ha” funny.  What wasn’t “ha ha” funny was the amateur hour later that night. We returned to Flappers Comedy Club to meet up with some LA friends for a drink in the bar when we were told about happy hour and more comics in the “Yoo Hoo” room. Why not? Little did we realize that this meant the four of us and about 20 struggling comedians. Pure comedy gold, and not in the “ha ha” way. 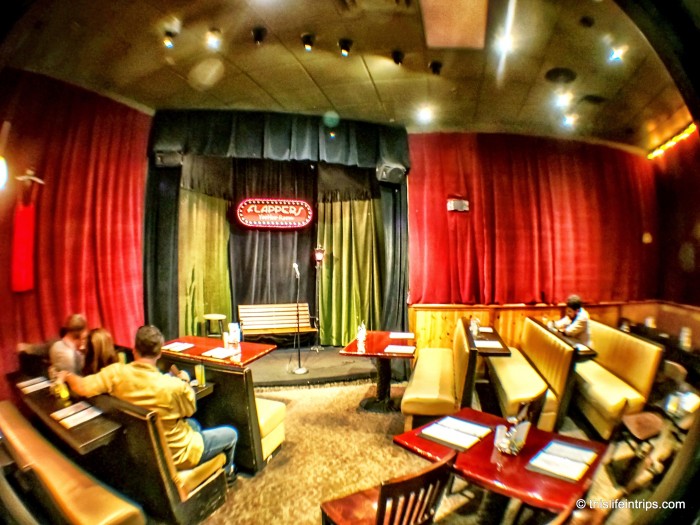 All but a couple of the comedians were painfully awkward. It. Was. Great. What made this occasion even more special is our friends from LA were out celebrating their wedding anniversary. Congrats guys! Here’s another joke about farts!

Painful comedians aside, Flappers does supply a jumping off point for those dedicated and talented few which is a great thing for the community and beyond. The world could always use more laughter.

Here’s to Flappers Comedy Club for acknowledging that.

My visit to Flappers Comedy Club was part of my #GreatCoastRoadTrip brought to you by Coast Hotels. Come along at roadtrip.coasthotels.com or through the social media links below.