If you have children, a family holiday in the heart of Majorca is a must-do. Not only can you choose from top-notch Majorca family hotels to find your way around the island with the kids in tow, but you’ll also be able to find plenty of things to do in Majorca that are family friendly too.

What’s the first on the things to do in Majorca agenda for kids? Animals are usually a winner. If this is so, then do try out Sa Coma Safari Zoo. Based on the eastern side of Majorca by the coast, this safari park is easy to get to and boasts many fabulous animals to see for children including giraffes, rhinoceroses, zebras, gazelles, gnus and monkeys, to name a few. There are several ways to see the safari park, including the safari tour by car and the safari train. There’s a kids’ club where you can go online and print pictures of animals in a join-the-dots exercise to colour in and take around with you to spot during your tour.

Being Majorcan, the exotic animals are not really the show-stealers though. Based in the Mediterranean Balearic Islands, there are plenty of colourful and exceptional fish to see. The Palma Aquarium, therefore, is another great day out for your family. The aquarium. situated a mere 500 metres from Playa de Palma beach is home to lots of marine species from not only the Med, but also the Pacific and Atlantic Oceans. If you’re feeling brave, you’ll get to dive with the Manta Rays and the sharks if you can stomach it. Something for your family to write home about! 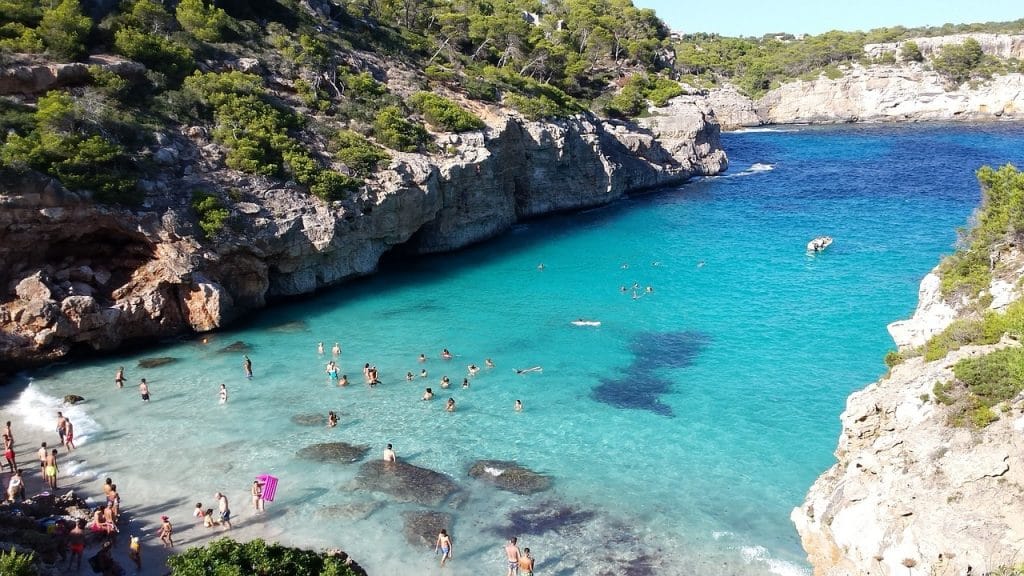 You can take your water and animal experience a stage further at Marineland in Costa d’en Blanes on the south-western tip of the island, just ten minutes’ drive from Palma. Here, the kids will be thrilled to see dolphins flipping and flopping in fun shows running at 12 pm and 4 pm daily. They can see sea-lions and seals too, along with the several smaller aquariums full of tropical fish on site, the flamingos and the aviary and the tropical house for creatures such as lizards. The whole family can also take part in the pirate adventure parrot exhibition, so a day out here is well spent.

Your kids won’t let you get away without a day on the beach either. The obvious choice and the most popular by far, is La Caleta, the busiest of all the beaches, followed secondly by Malagueta beach. Beaches in Majorca often come equipped with playgrounds nearby, so when the children have had enough sand and sea, they can start climbing the frames, rather than climbing under your skin. As well as these two beaches, there are many other beaches to be found, a few of the better ones from the list include Cala Llombards cove on the southeast coast, Cala Deià, near Sóller (in the northwest) and Playa del Muro, near Alcudia in the north. Some of the wonders of these beaches include long white sands, dunes and Juniper trees, crystal clear waters and literally open paradises. They are some of Majorca’s better-kept secrets.

Watersports on the island are fun for families too. There’s a good choice to be had. You can opt for diving in Santa Ponsa or scuba diving and snorkelling in Puerto Pollensa. Other options include jet ski, stand-up paddle boarding, parasailing, kayaking, canyoning and coasteering. Finally, you might want to dare yourself to cliff jumping or flyboarding. 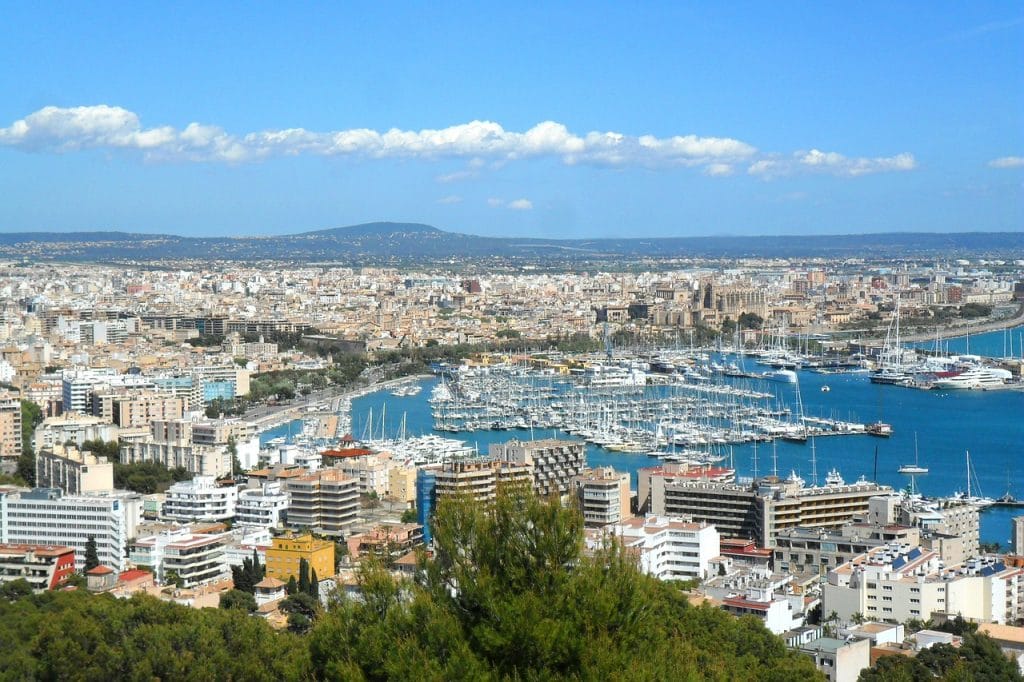 Most kids love an open-top bus tour too, and your offspring should be no different. The hop-on, hop-off bus tour around Palma’s city is a great way to enjoy a day tailored to your family’s wants and wishes. Just simply stop off en-route to see what you want to see (such as the Palau de L’Alumndaina  – the elaborate Royal Palace) or Bellver Castle (first built during the 14th century for King James II). One good stop-off would be to enjoy a lovely family-oriented picnic by Palma Cathedral to admire the amazing Gothic architecture majestically overlooking the glistening beach and horizon.

For decades many have enjoyed Majorca’s family-friendly shores. There are so many things to do in Majorca and much to see once you’ve got to the island. The list above is hardly exhaustive for there are plenty of trips to take and places to visit. The island is quite sizeable with over 30 cities, towns and villages to choose from. Even taking the kids up the dizzy heights of the island, the mountains of Serra de Tramuntana (Palma), Puig de Sant Marti (Port d’Alcudia), Sa Penya Rotja (Alcudia), Puig de sa Tudosa (in Arta) amongst others, is a great way to entertain them if they are old enough for the hike. If they are not, do check out the other options available to you: from watersports to caves to ancient churches in the hills. Majorca is a land of plenty, and your family will not be stuck for choice.

What say you?
Thoughts on these family-friendly things to do in Majorca?
Let’s hear it!

Written By
Contributor
More from Contributor
Okinawa is a beautiful island chain in the East China Sea. It’s...
Read More