Mykonos is too often associated with luxury and high prices. Given a chance, exploring Mykonos will reveal so much more of this idyllic island than extortionate restaurants, pumping dance music, and fancy hotels. This is an island with a long, rich history.  Its strategic trading position has meant that it has always been a desirable prize.  Settled by the Greeks in 11BC it was subsequently settled by the Romans, Byzantines, Venetians and Ottomans.  In Greek mythology, it is the site of a battle between Zeus and the Titans and the island, it is said, is made up of the fallen bodies of the giants.  If you want the benefits of a tour guide while exploring Mykonos then Viator offer an Authentic Mykonos Tour, intended to introduce visitors to another side of the island.

For a less touristy experience, try one of a number of traditional cottages and reasonable apartments available for rent.  When it comes to eating out, try the small beachside taverns such as Tasos on Paranga Beach, or Joanna’s Niko’s on Megali Ammos Beach. There you can enjoy traditional Greek cooking along with sunset views.  For the really adventurous, you can even buy fresh fish from the fishermen off the beach and have a go at cooking back at the apartment. 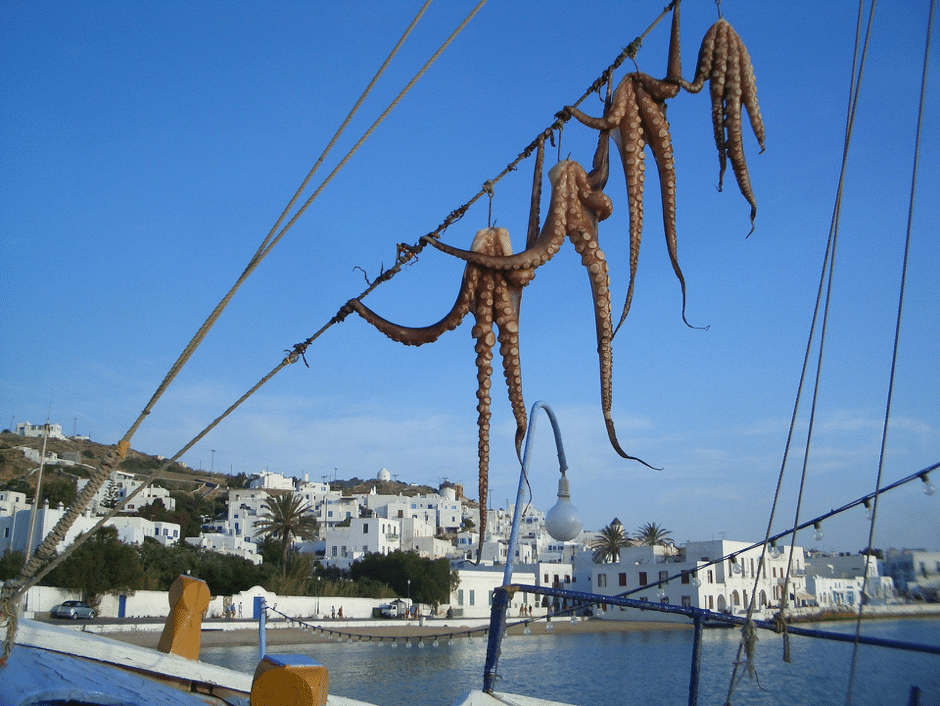 For great discounts on traditional and unique accommodations, check out Booking.com deals for your opportunity to enjoy your stay at a great price.

There is perhaps no better place to get away from the hard-sell bustle of modern Mykonos than in the quiet simplicity of the church of Paraportiani, the classic brilliant white exterior of which have made it one of the most famous of all Greek churches. Exploring Mykonos you will find it is constellated with churches all are worth seeking out and exploring, as much for their tranquillity as for their brilliant interiors. 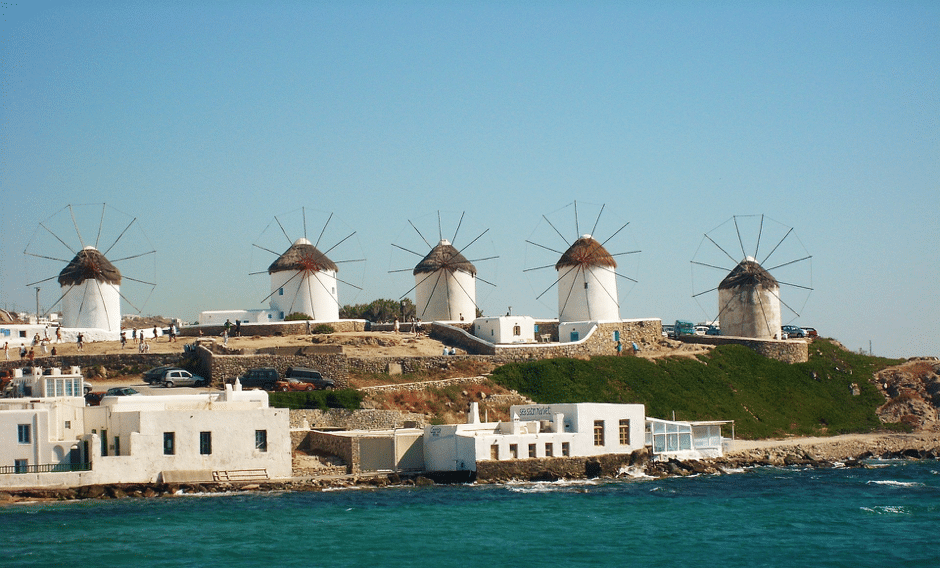 The other great landmark of the island is, of course, the seven extraordinary windmills left behind by the Venetians. Their sculptural beauty is much photographed but they are no less captivating for that. 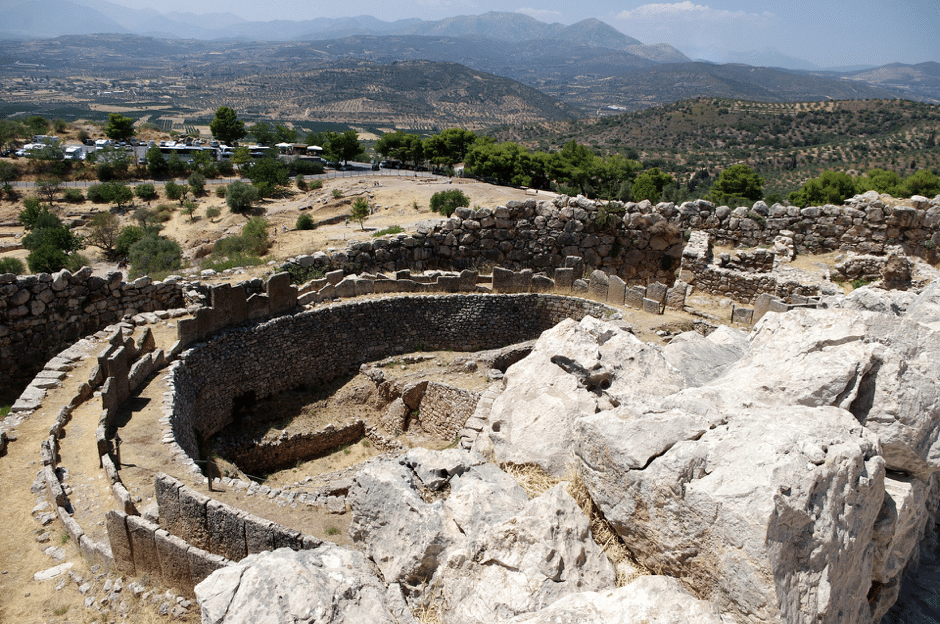 A liberating way to leave the crowds behind is to hire a scooter and explore the island’s wilder side.  Take plenty of water and take it easy, there’s no need to hurry.  A visit to the Folklore Museum and the Archaeological Museum will also help you get in touch with the cultural identity of the island. For an alternative view of the island why not join one of the diving tours and explore the reefs and caves of the coastline. 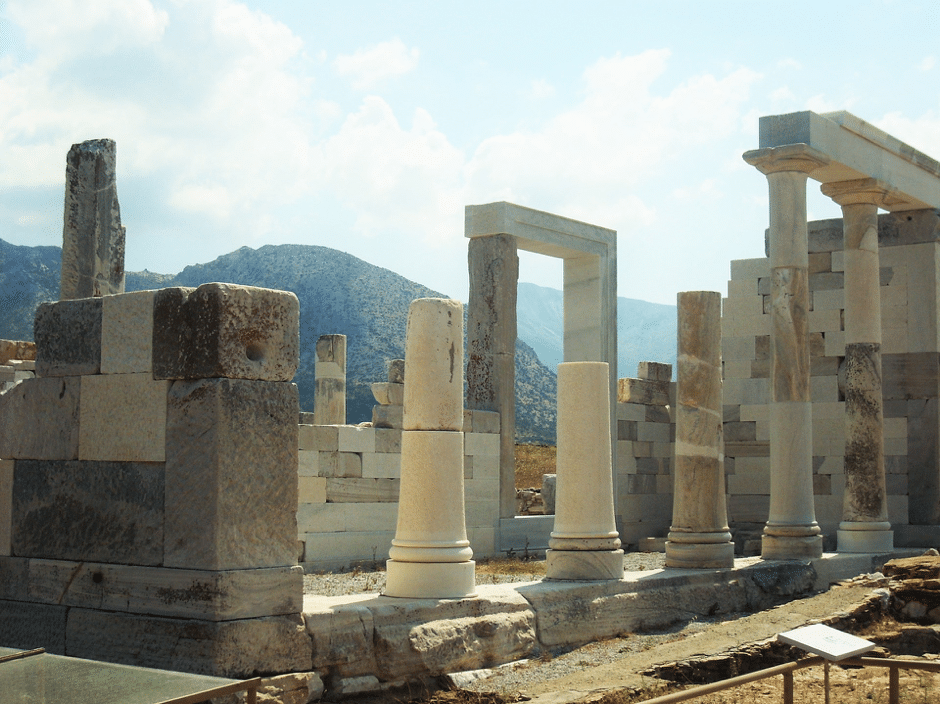 Just a short boat ride from Mykonos harbour is the island of Delos.  For centuries, this island was revered as the most sacred of all Greek islands, for it was here, according to mythology, that the god Apollo was born.  Uninhabited since the seventh century it is an archaeological treasure trove and is now a world Heritage Site.  The entire five-kilometre island is of archaeological interest, containing, as it does, Doric temples, markets, an amphitheater, houses with mosaics, and the famous Terrace of Lions.  Boats leave Mykonos harbour between nine and twelve in the morning and visits are limited to four hours.  There is a simple café on the island but visitors are advised to bring, food, water and plenty of sun protection.

What say you?
Thoughts on Exploring Mykonos Beyond the Glamour?
Let’s hear it! 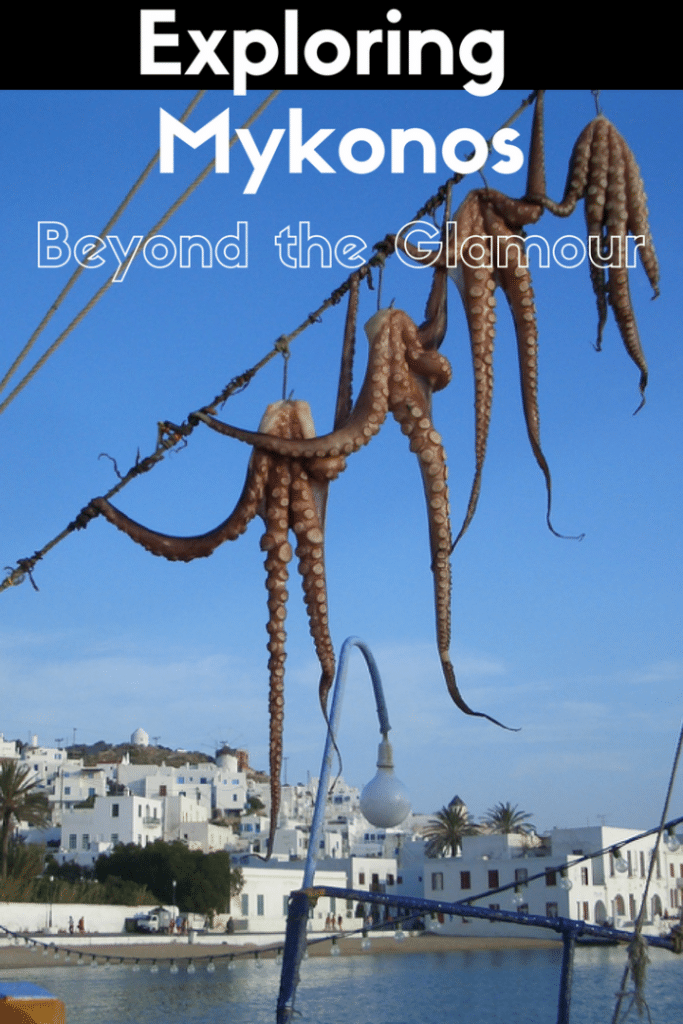