So I sat and read as it rained like I have never seen. I’m gonna take this time to tell yall about the book I’m reading. Its called “Yes Man” and was 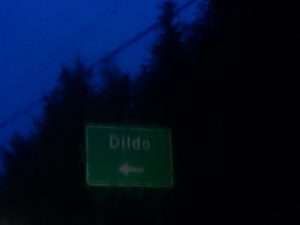 recommended to me by a British girl I had met in Lagos. The book is about a guy who is in a slump. He goes through a year of nothingness, never going out, just working and watching TV. He had an excuse for everything in order to stay in. I think we all go through a phase like this. I have and I had and definitely have friends like that. So one day he meets someone and explains his problems to which the guy simply says “say yes more.” And that’s what he did and his life turns around. Its a great read, so funny, and hits close to home with what I am doing. It has been inspirational for me doing things on this trip…Like going to Newfoundland. I have yet to be disappointed by any of these random decisions…Like going to Dildo.

The next day turned out to be glorious. Nuts. I still had the car till 5:00 so I headed out and drove the Irish loop which was beautiful. You go from coastal cliffs to complete barren lands to green hills by the sea. The drive was half the fun as the road was windy and lots of hills. I decided to visit Mistaken Point which has “the oldest divers assemblage of complex multi-cellular organism’s described anywhere in the world” Cooool. This was suggested by a pamphlet on the Irish loop. What the pamphlet didn’t tell me is that to get there you had to drive 1/2 hour on a windy, narrow, gravel road. Being pressed for time I flew down this road, literally. I banged that car up good and laughed the whole way. Initial here if you accept coverage…Thankfully I did.

I arrived to find a sign saying the fossil site was a 45 min hike away. Crap. I 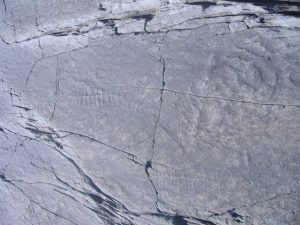 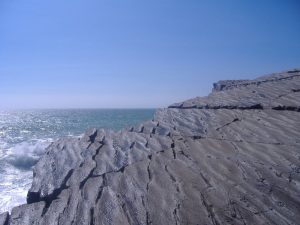 ught, well that’s probably 45 min for your typical walkie. I would jog and do it in 20 min tops! Yeahhh…have you ever tried to jog into Gail force winds? Not so much. I took a breather by the coast and was pleased to see some seals feeding by the shore.

I got about half way down the trail and found the path had been washed away by the storm. I thought about turning back but I have never been one to back down from a challenge. I pushed some boulders into the stream and hoped across. I was quite pleased with myself and as a plus my feet were dry. Everything’s coming up Milhouse. This fossil site better be amazing. It was. Not so much for the fossils but for the view. The waves were huge from the storm and were slamming high on the rock shelf I was on. It was awesome.

I could have stayed there all day but time was against me. I rushed back to the car stopping to take pictures of more seals and leaping across the washed away path. Wasn’t as far as I thought but was still pleased.

I raced back just in time to catch the car rental place before they closed. 2 nights left in St.John’s and I know where I’m   spending them!