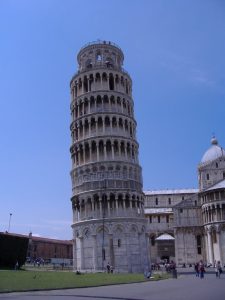 Not too sure where to start. I think a lot has happened since my last post. For one, Nice is soooooo expensive. I spent 50 euro one night on beer alone. It was at a pretty cool bar and I think the only reason we got in was cause we are Canadians. The bouncer was not letting any other guys in. I woke up the next day feeling fat and sweaty and realized how stupid that is and have decided to give up beer until Greece. Detox time for me. One of my managers from work had a good idea of using a counter for all the beer we drink on this trip. I think it would be disgusting if we knew the truth.

Monte Carlo – A world I will never know

We left Nice a little more broke and headed to the most expensive spot on the Riveara…Monte Carlo. After the lady at the hostel told us there was large lockers at the train station in Monte Carlo, Jon and I decided to spend the day there on our way to Moteroso, Italy. Little did we know that there were no lockers in the train station so we had to lug our bags around for the day. Whats worse than hailing 40 pound packs around Chamonix? Yeah… So Monte Carlo was not a fun spot for me. People with way too much money and boats the size of battleships giving us dirty looks as we sweated and cursed our way past them. 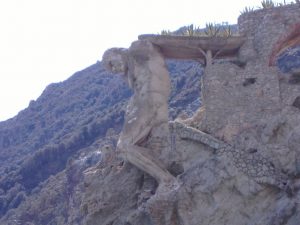 Easter weekend is huge in Europe

After sweating our way around town and spending close to $9 Canadian for an ice tea, (on tap kind) we headed to the train station. We got on our train to find that we were supposed to have reservations and ended sitting in the small area between the cars. This is where the bathrooms are. When we thought it could not get worse, the trains engine broke down causing a 2 hour delay. Ended staying in Genova for the night and hit the small fishing town of Monteroso in the morning. This town is part of 5 small villages all connected by hiking trails. A not so hidden gem anymore as it is packed with German and American tourists but still very nice. Detox was started as some of the hikes were intense. So out of shape. Everyone said that you lose so much weight and get in shape backpacking but I don’t see it. Probably because all we have done is drink and eat for 2 months…not that there is anything wrong with that! But no more…for awhile. We went harder the next day and climbed a mountain above the town. Great view of the town and the sea. One of the coolest things about being in these small towns was the other tourists we met. We ran into a girl we met in Grenada on one trail. Also met a guy from New york who was hiking the trail with 3 bags. He did not look like he was having fun so I asked what the bags were about. He was visiting family in Italy and they gave him food to take back. He felt bad so he took it all. Also met an older American couple at diner. they ordered to much food and shared with us. turns out they frequent Alberta and Edmonton so we had some good chats. Something that would not happen in a larger city.

After that it was off to Florence. We had a half hour stop over in Pisa. Jon had already seen the tower so I asked if he could watch the packs while I run over for a picture. Detox continues. It was on the other end of town and I immediately regretted the decision as I ran half way. I ended up getting lost and decided to hail a cab back when I found it. I had ran over 4 blocks too far! I got there with enough time to take a couple pics and buy Jon a snow globe he requested. Jumped in a cab with a Chinese girl and got to the station with 2 min to spare. I was very impressed with that…and very sweaty.

In Florence now for a couple days then off to Rome. This update, Like most, was very rushed. May add more as details come back to me.

Italy has some serious topless beaches