Hol Chan is one of Belize’s top tourist attraction for a reason. It is part of the Belize Barrier Reef, second to only the Great Barrier Reef in Australia in coral reef size, and its waters are teeming with sea life. From sea turtles to giant stingrays, you can swim with them in the wild on a day trip snorkeling Hol Chan. Each year 50,000 visitors swim its waters, and on this day, six loud and drunk Canadians. Here’s how it went:

There are countless tour operators offering tours snorkeling Hol Chan. Shop around. Because there was six of us we decided to splurge on a private catamaran. At ~$90 per person, this day trip snorkeling Hol Chan wasn’t cheap but the excursion did include snorkel gear, private guide, Hol Chan Park fee, and “bottomless” rum punch. As we gathered next to the massive and beautifully modern catamaran on the docks meeting point, we came around on the price. Then our bubble was burst when our guide waved us over to our actual ship, one that was held together with duct tape and PVC piping 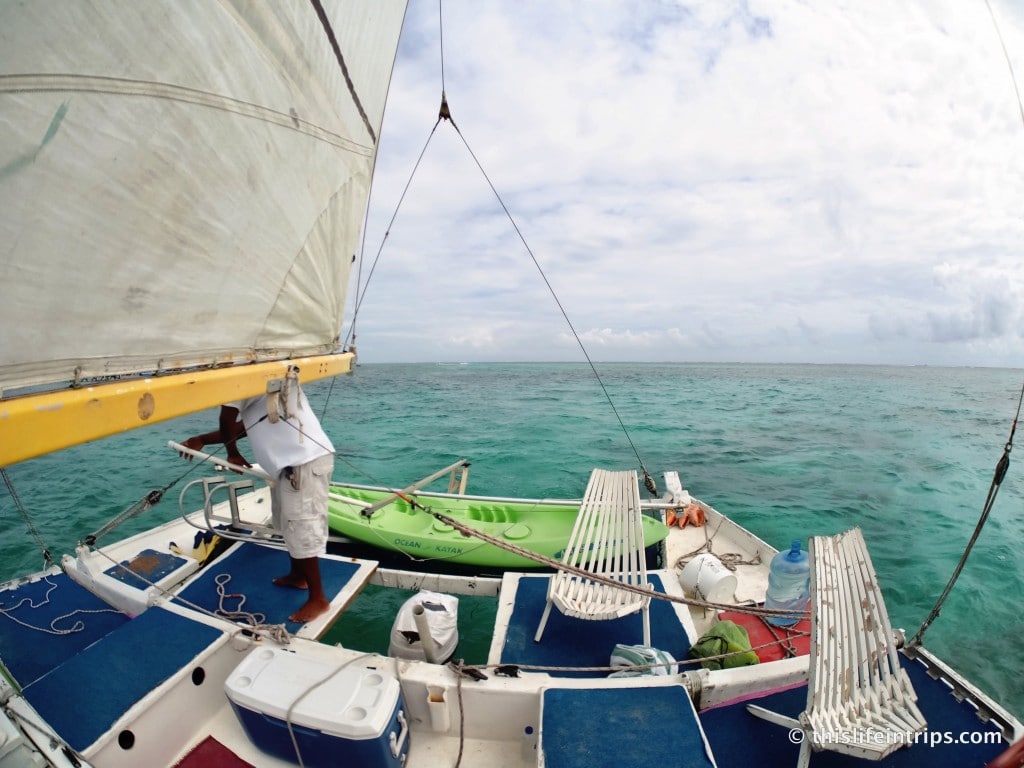 This letdown was quickly raised once the tunes began and the rum punch started flowing. Plus it’s pretty hard to be bummed out with views like this:

First up on our day trip snorkeling Hol Chan tour was a stop at Shark Ray Alley. Thankfully, the rum punch was kicking in and eliminated any fear. To be fair, these were nurse sharks, the oceans answer to our oversize lapdogs. As we plunged in we were surrounded by dozens of massive nurse sharks and large stingrays. 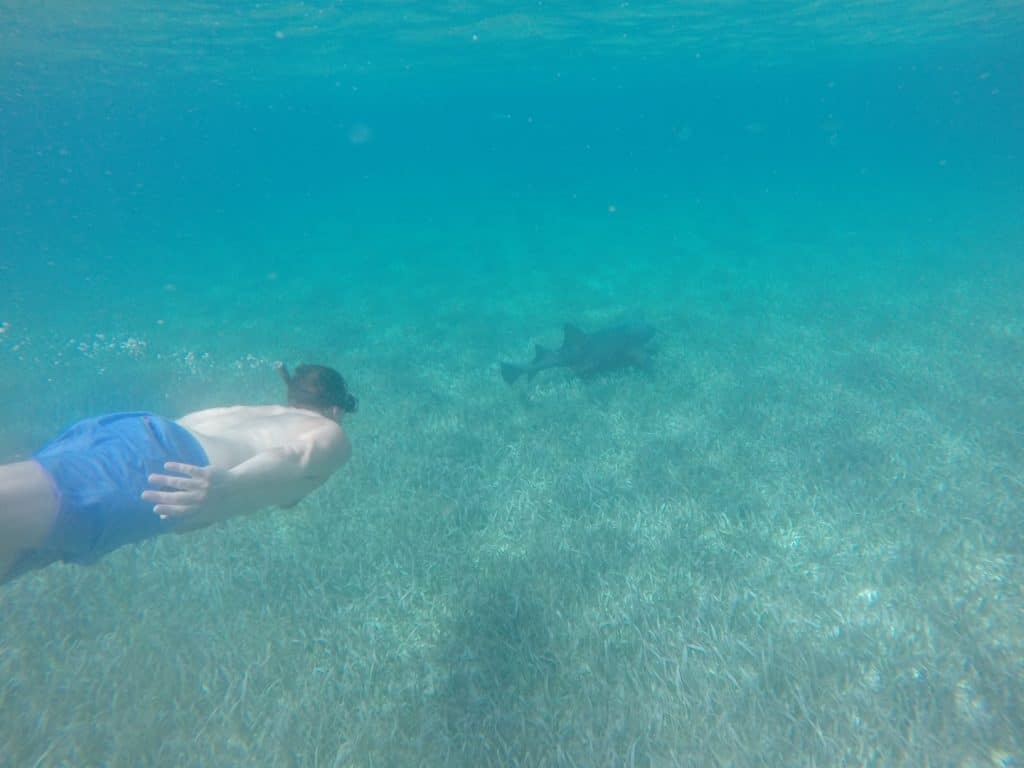 One thing to point out is we chose a tour operator that doesn’t bait the sharks. As we found, there was no need. Shortly after we jumped in a packed boat pulled up and tossed a bucket in the water which attracted tons of sharks. The downside is these sharks were swimming around the bucket with dozens of people just watching, instead of the sharks freely swimming past you. Why not just go to an aquarium?

Our next stop was the entrance to Hol Chan. On the mandatory guided swim in we passed hundreds of colourful fish and one dopey sea turtle. Then there where the deep trenches where we dove down to see eels, coral, and large schools of fish.

The cruise home was another highlight from this day trip snorkeling Hol Chan. Coming down from the high of the snorkel trip with bottomless rum, great music, sunshine, and friends to share it with was a great feeling. Oh, and we totally found the bottom of that rum punch. 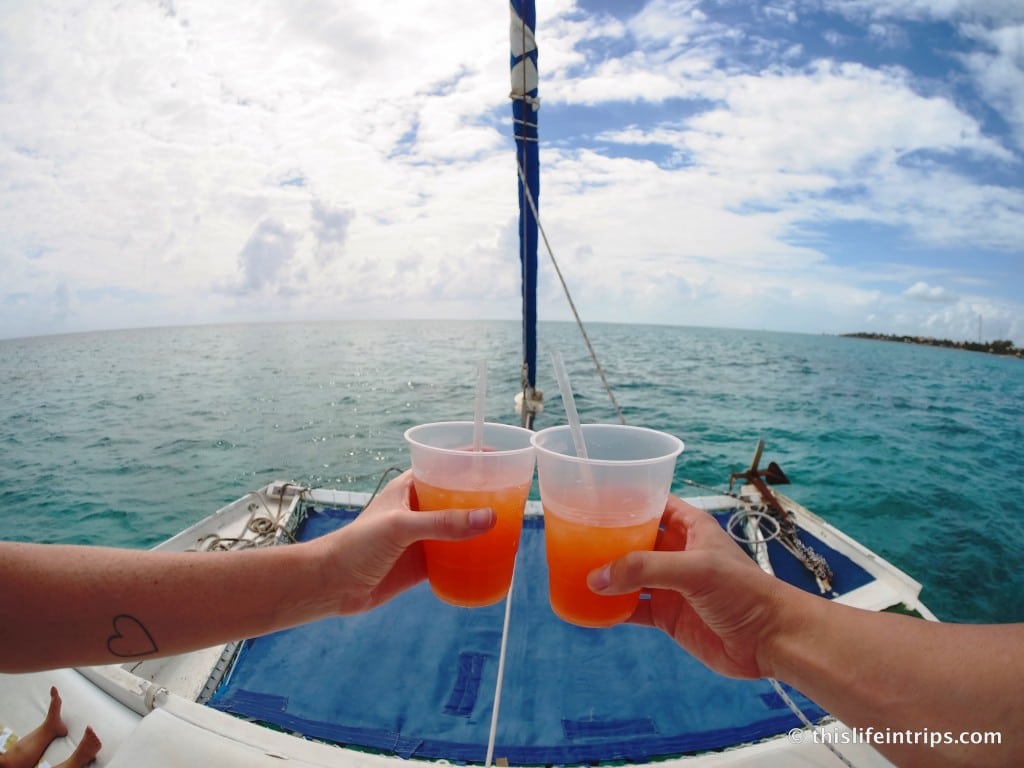 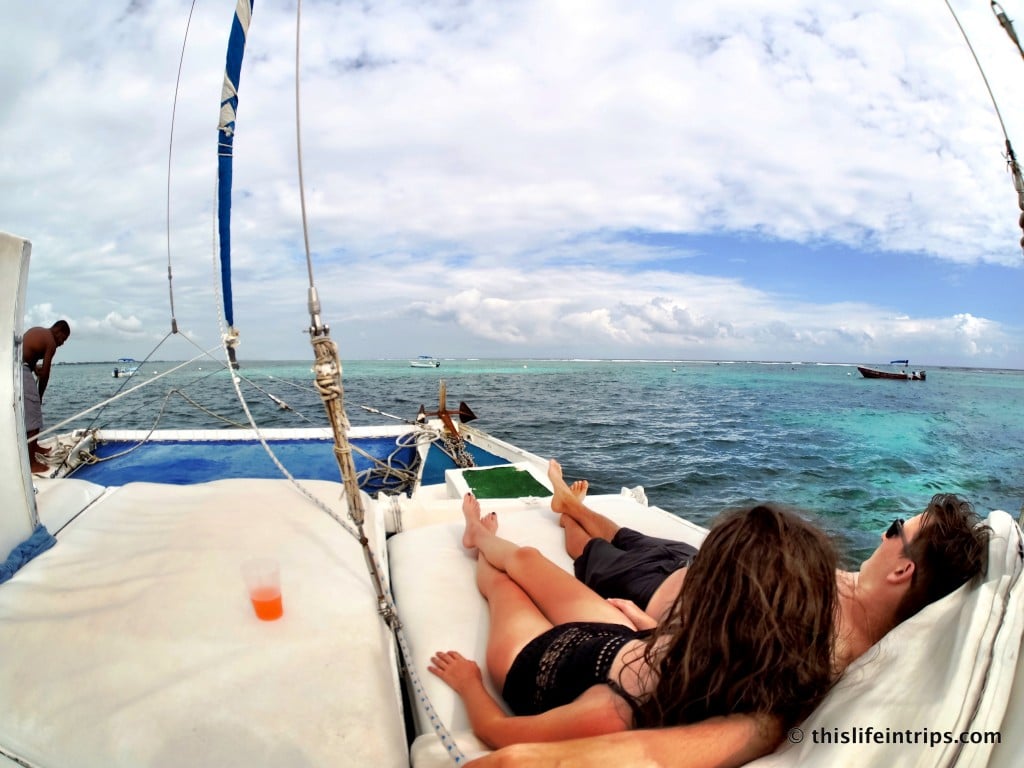 What say you?
Thoughts on this day trip Snorkeling Hol Chan in Cape Town?
Let’s hear it! 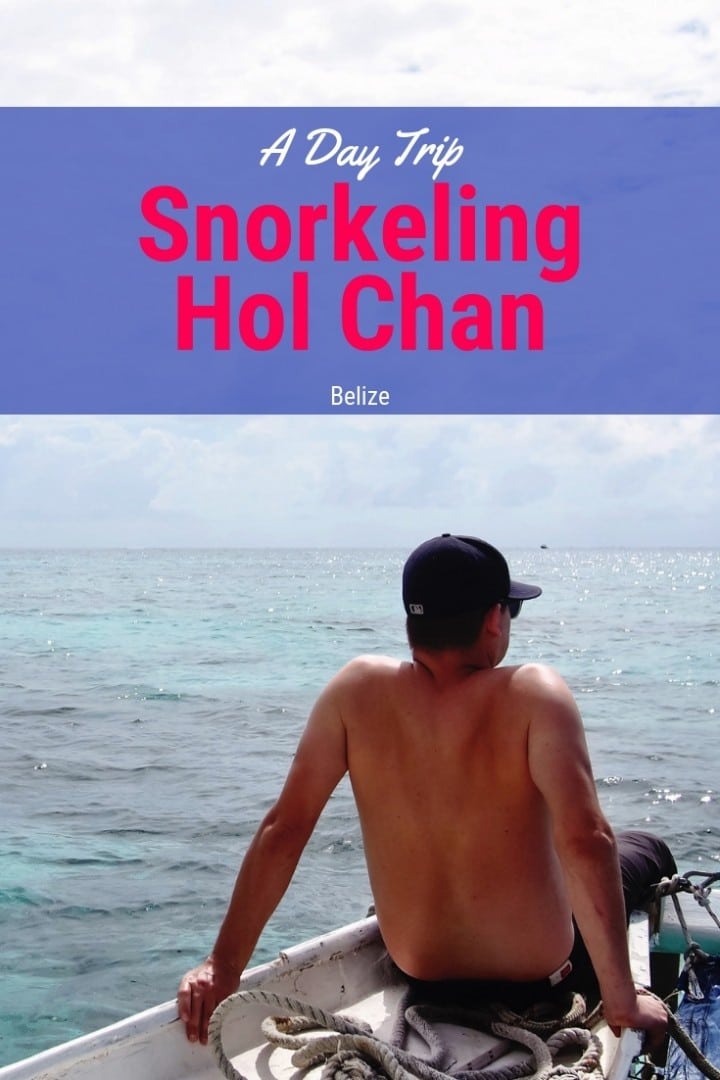