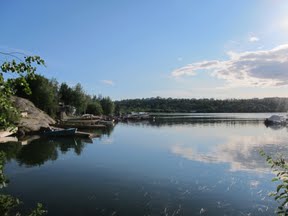 Normally I would jump at the opportunity to go fishing in the east arm of Great Slave Lake. When the opportunity came up this past summer I had to think twice about it. Two years ago I had went and had a blast. The weather was amazing, the fishing unbelievable. +30 and sunny every day.  Erin’s father caught a 47 lbs (depending who you ask) lake trout.  It was also my last work trip north and it felt like a good send off before moving west. Everything was perfect. Almost as if it shouldn’t be attempted to top. This hesitation left when my grandfather and uncle said they were going. I wasn’t going to pass on a trip with them. 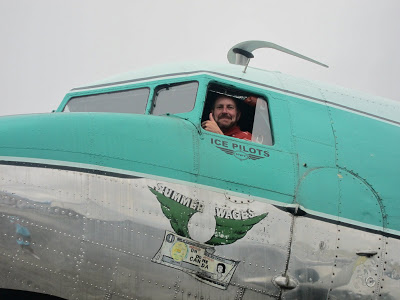 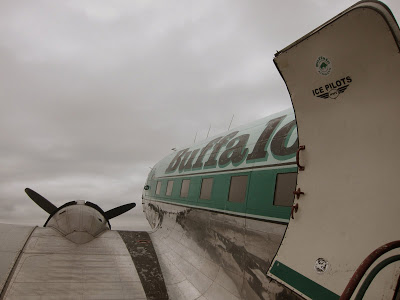 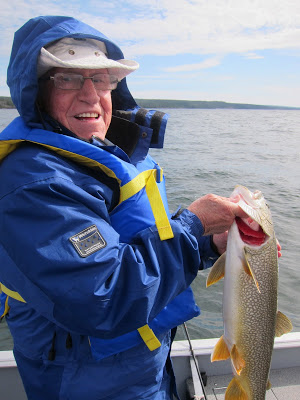 Although we were in YK  for a couple days prior to leaving for camp we had little down time.  We were running around gathering last minute odds and ends like beer and missing tent pegs. With the free time we did have we visited Buffalo airways hanger, home of the TV’s series Ice Pilots. To my surprise we were welcomed in, shown around and allowed to tour and take photos.We almost went for a flight but didn’t really want to spend the night in Hay River.

While searching the city for these missing tent pegs I couldn’t help but notice how run down the place seemed. A pride of ownership that I remembered was missing. I had to pickup something from the “mall that’s got it all” and was sadden to see half the stores vacant. The entrance on main st. was dank and dark. The entrance on Range street was boarded up. I can only imagine that the box stores that opened up in an industrial part of town are to blame. A scene all to familiar across small town north America. City planning at its finest. In a place with more lakes than people every property could have lake front views. Instead trailer parks have popped up in odd spots and tucked away in the bush. A failed example of trying to get said views sits high above back bay. Perhaps due to the cost of building in the north or shady deals, this unfinished derelict looking eyesore of a condo sits for all to see. This was however the first time home without my mother living there. To say I was spoiled whenever I went home is an understatement. Perhaps YK has always been YK and my mother just put a shine on it.

Summer in Vancouver was slow to arrive. As odd as it sounds I was looking forward to heading north for some sun. The weather in YK  was consistently hot and sunny all summer…until we arrived. 3 days of cold and rain met us at camp. Naturally, I blame my uncle Paul whom earned the name “dark cloud” as his luck seems to grant these things. We would later find out that after we left it became unbearably hot for the rest of the week. Dark cloud indeed.  Of course, we made the most of our visit and had a great time.  We Hiked, swam in the painfully cold water, ate great food and drank expensive rum. The fishing was awesome as usual and it was great to be able to spend time with my uncle, brother, father and most of all my Grandfather who celebrated his 85th birthday while at camp. 85 years young. He was hopping in and out of boats with nothing but a smile on his face. There is nothing but positivity from him. If I get a splinter I complain. Grandpa, you are my hero.

The modest camp run by my brother and managed by my father was considered the best by a group from France that arrived after we left. They were avid fishermen and had been to Alaska 17 times to various types of camps. That was great to hear. Take that Sarah Palin. The camp is outfitted with simple yet the best equipment making it comfortable and rustic. For more info on what products are used see this article.

On an incredibly sad and tragic note the twin otter that we flew to camp on was lost along with its 2 pilots September 22nd, 2011. One of these pilots, Nicole Stacey, flew us down the lake. She seemed like a beautiful person inside and out. She smiled the whole time and chatted with my grandfather who when is hearing aid is charged, can be very chatty.  Her love of flying and the north was apparent as she spent time taking pictures of the area around our camp as she had never flown in there before. My heart and thoughts go out to the family and friends of both pilots that died in that horrible crash.