What was supposed to be a laid-back day checking out ancient olive orchards and Greek ruins turned into one of the most stressful days of travel I have ever had. Although incredibly scenic, my Crete road trip has put me off from driving in Greece for a long time. Here’s why.

My Crete Road Trip – Shady from the get-go

It all started at the rental office. The sales lady gave me a “great deal” on an upgrade and was kind enough to include full insurance and a GPS from 1995. All for the bargain price of €42… for one day. When I asked about taking off the “mandatory” insurance I was told that they would have to charge €150 deposit to my card and keep it if something were to happen. This said to me pay €42 or give me €150.

Blarg. Next time I will rent from a reputable company instead of an unknown mom and pop shop.

After filling out the paperwork I asked for info on what the “full coverage” insurance includes. She tapped the piece of paper where “FC” was checked off. “Don’t worry, you have full coverage. See?” Right. The conversation continued until finding out that full coverage means full coverage as long as I am not at fault, which really means half coverage?

When our 1992 midsized hatchback rolled up I was less than enthusiastic. She gave me the damage slip which had nothing marked on it. “What about that?” I question while pointing at the spot where half the bumper used to be. “Oh, that happened last night. No worries.” The car was more dings and dents than anything else. I would later find out that it looks exactly like every other car in Greece. No wonder the saleslady was surprised as I started marking off all the damage. This Crete road trip was off to a good start. 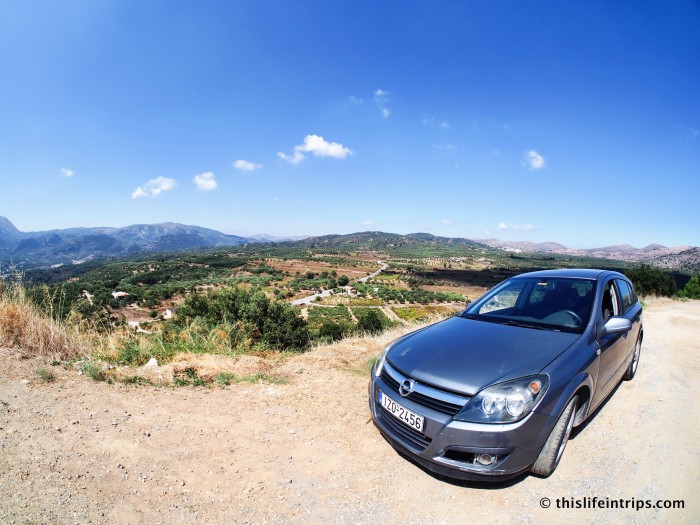 Leaving the lot feeling less than confident I started to understand why there are so many damaged cars in Greece. Following the archaic GPS to the highway, it took us on what felt like a one-way street. Although it wasn’t, the large tour bus coming at me sure treated me like it was. The driver was in a fit of rage, flailing his arms in a way that could only say “F*ck you” in Greek.


I would experience this a few times throughout the day including a point where I was turning left and an incoming car was trying to pass another car but I was in the way. This while on a major road where he had solid double lines.

But I’m the idiot. 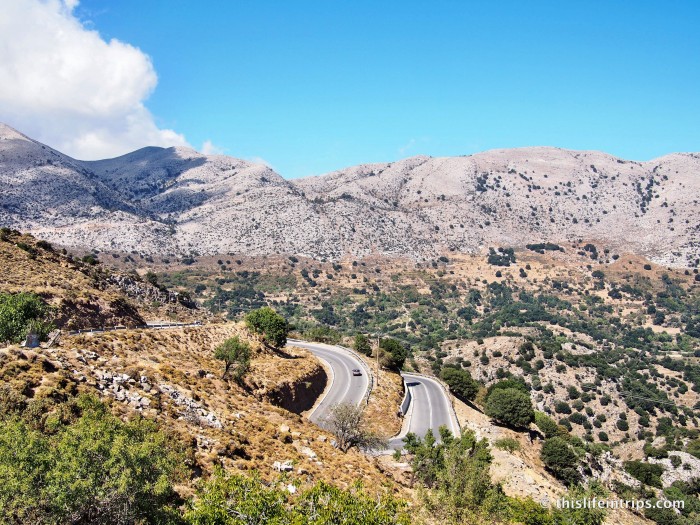 Navigating small towns with limited signage we turned to our phones. They weren’t much better than the GPS from 1995. “Turn right” where there is no place to do so is more than a little frustrating. Then there was getting back to our Aldemar Resort, which is not accurately labelled in Google. The GPS had us turn down a road that turned out to be an olive orchard. This resulted in getting stuck, denting the hell out of the bumpers, and a few dozen curse words. Not a high point as you can imagine.


The worst part is this detour was less than a kilometre from our hotel. It took us 30 minutes to navigate that 1 km. Erin later blamed the humidity, stating that it interferes with the GPS. It was that statement that made us laugh off the craziness we encountered. Prior to that, we were working on our 5th breakup of the day.

Once out of the small towns and away from the olive orchards our drive through the hills was pretty awesome. We took endless switchbacks while passing goats grazing on the hillsides. Then we drove along highways that suddenly turned into narrow town roads and lead to town squares where people were having coffee. We toured picturesque towns on the coast and tiny villages in the interior.

All of this was fantastic but not worth the stress. I backed into a scooter trying to park, leaving a nice black scuff and added some scratches to the grill while “touring the orchard” near our hotel. I felt like a jackass dropping it off after I marked every little ding and dent before we left.

“Any problems?” asked the agent.
“Nope. Just a day driving in Greece.” 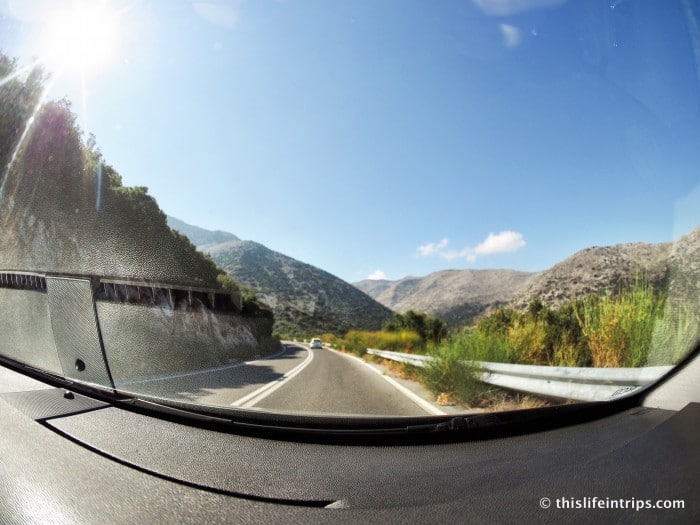 What say you?
Thoughts on this Crete Road Trip?
Let’s hear it!