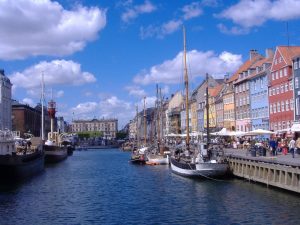 So I decided on a whim to go to Copenhagen. You know, just to Copenhagen-it. This was largely fueled by the fact that LegoLand is in Denmark. I read this in my guide book on the way to Gutenberg and my eyes lit up. Unfortunately it does not open till summer but I thought “Denmark has to be bad ass if it has LegoLand!” I was also swayed by the fact that I had no place to sleep in Oslo. When I arrived in Copenhagen I quickly found that I was in the same situation. Long weekend in Denmark makes it tough on Shaun. I was lucky to find a bed as the city was flooded with drunken Danish‘s…mmmm….Danish’s…. 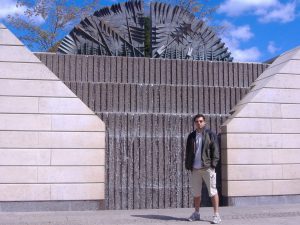 Anyway, I packed a lot into my short stay thanks to a wicked bike share program. It works like getting a shopping cart at a grocery store, you put a coin in and get a bike. There are 110 bike share stands around the city so you just ride around and then drop it off and get your coin back when you want to see something on foot. When your done sightseeing you just grab another bike and Copenhagen-it. It was very handy and I had a blast. My home town of Yellowknife attempted a similar program years ago. Bike thefts run as rampant as std’s there. The city would get a surplus of old unclaimed bikes so they decided to (if I remember correctly) paint some camo colors and use them as shared bikes. The idea was when you were done with the bike you would leave it under a tree for someone else to use. Sadly, they ended up being ditched in lakes around town…Ironically like how shopping carts are tossed in the Sturgeon River…Which is more shopping cart than water. Hmmmmm…. 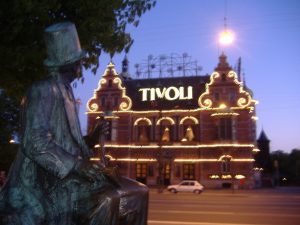 So the guy working at the hostel gave me some spots to hit and I was off. It started with me following a parade of Danish guards. Changing of the guards in Copenhagen is a little more drawn out than most…or at least on Sunday’s. They parade through town then at the palace, which is octagonal in shape, change postings at each corner. I liked there fuzzy hats because…well I like fuzzy things.

Moving on. I made my way through a huge garden that contained 100’s of different plants. Because of this I have decided that Copenhagen is the best smelling city I have been to. 2nd is Amsterdam…Because of mamma’s Shawarma’s. 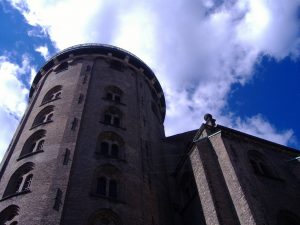 After the gardens I headed to the port where there was a small fleet of Swedish battleships. I found this odd because I thought Sweden was a neutral nation with no armed forces. I don’t mean to be arrogant but when I was chatting with Riasa (from Finland) and Johnas, (Swedish jazz man) we discussed how Germany occupied Norway and Finland in WWII. Johnas poked fun at the fact that Sweden, being neutral, let the Germans through. ” Norway? Yah sure, take a left at Stockholm…Here’s a map!” But then I see these ships and wonder if Don Cherry was wrong about the Swedes…

After the harbor tour I dropped off my bike and took a boat tour. Got an excellent view of the city from the canals. 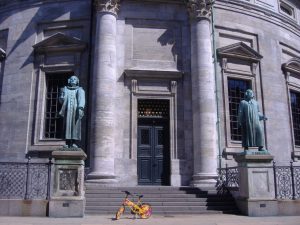 A quick lunch of a somerbourg (open faced sandwich) and a danish and I was off on another bike to the round tower where I got another great view of the city. I poked around down town for awhile and then was on my way to the Carlsburg brewery. I got sidetracked by some pickup basketball and should have went to the brewery as I would have been in better company. 3 months of partying is not good for the game. Still, I held my own on the court.

dined on a Shwarma (again not even close to Mamma’s) and strolled by Tivoli amusement park. Here is a picture of a statue of Hans Christen Anderson in front of Tivoli.

Oslo in the AM…For sure this time.