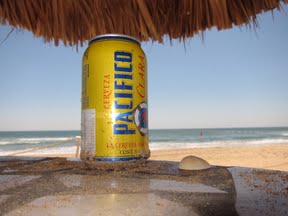 F For a few years now my friend Jon has been inviting me to his parents place in Mazatlan Mexico and for a few years now I have had excuses to not go. For the most part it had been other trips and conflicting dates or the lack of vacation time available to me. Afraid that he would stop inviting me, last summer I said lets book something now for next spring that way I am committed. To that Jon said yes and that we would book flights closer to the date. Fast forward to last fall and the awkward email I had to send to Jon saying that the dates he is going conflicts with my free trip to Europe. Understandable? Yes. Douchey? Absolutely. I felt bad but a free trip to Europe doesn’t come up that often. With that he said he was done asking me. After getting back from our European baby sitting adventure I asked Jon about Easter weekend which ended up working out for all. Friendship saved. 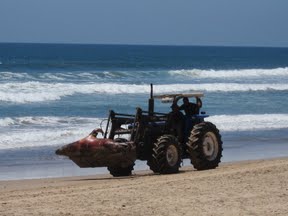 To pass up a trip to cassa de Wood really is a shame as their place is amazing and the price is right. Free accommodations, cheap air fare ($89 direct from Van on the way down!) cheaper food and cervaza and hot weather are all good things. I had been to Mazatlan twice before and apart from sharing a bed with Jon’s brother Maury while he threw up from tequila and hot dogs wrapped in bacon, my memories were fond. This trip was no different.

Our first day was an eventful one. It began with drinks on the beach as we watched a bloated beached sea lion be carried away by a tractor and ended with me almost going to a Mexican jail. A girl drink drunk day that included watching the Canucks defeat the Blackhawks in game 7 OT was concluded with a late night stop at a taco stand where Jon and I just weren’t satisfied yet. We parted with the rest of the group and made our way towards a taco stand that Jon had been going to for years. We didn’t get very far as I needed to relive myself from the evenings beverages. Even though the area we were in smelt like a urinal, it is never a good idea or acceptable to urinate in public…especially when the policia are near by. “McDonalds? Mcdonalds??” both Jon and I said in an effort to get out of trouble. Looking back Im not sure how that was going to do us any good. Now it sounds like this was a serious situation but it was hard to be concerned when the police officer was eating an apple while threatening to put me in hand cuffs. Jon finally gave him a wad of pesos to make him go away which is all the guy wanted…that and enjoy his fruit in peace. 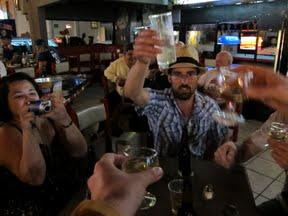 My birthday happened to fall on this trip so Jon’s gift was a timely one. That day was spent lounging poolside at Jon’s parents other property which we had to ourselves as it wasn’t 100% done yet…but really nothing in Mexico is 100% done yet. 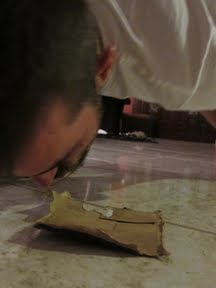 A great dinner and pina coladas was followed with a drinking game that I had no place playing let alone winning. The “box” game is really only a drinking game as you need to be drunk to physically play it. The idea is to take a beer box and pick it up with you mouth with out touching the ground with your hands…or face. Each round an inch or so is removed from the box making it harder and harder to reach. It is basically limbo for your face. I surprised everyone (and especially myself) by making it to the last round and eventually picking up the flat piece of cardboard with my mouth. To be fair Jon and Melissa both picked up the last piece as well but I’m not sure that both combined weigh as much as me and I’m pretty sure Jon is missing a rib or two. None the less this was right up there with climbing a mountain or coloring between the lines for me. 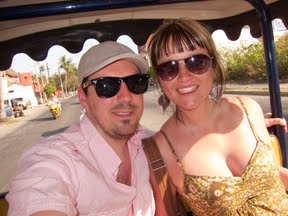 The other highlights of the trip were Spanish bingo and eating “hooker” shrimp. Jon’s girlfriend Susie took us on an excursion that saw us buying fresh shrimp off the street and bringing them to a cantina to be cooked for us. What made them “hooker” shrimp is this cantina is a bar by day and brothel by night so the staff working there multitask. It is apparently a very Mexican thing to do. This was clear as we were the only tourists in there. The food was as delicious as the story.