San Francisco’s Pier 39, Chicago’s Navy Pier, Key West’s Mallory Square. 3 examples of waterfront locations turned tourist traps. These are also 3 reasons why I was skeptical about visiting Cape Town’s V&A Waterfront area. I have associated these tourist traps with bad food, inflated prices, and attractions that have nothing to do with its picturesque location other than taking your travel dollars.

Yes, I had all but written off visiting Cape Town’s V&A Waterfront. So why am I plugging it now?

I had no intention of visiting Cape Town’s V&A Waterfront as I was convinced it was a tourist trap. I already decided I loved Cape Town, why taint it? Thankfully a chance meeting changed all that. While enjoying the good life on Rovos Rail I met the managing director for Legacy hotels and after a few cocktail he graciously invited us to stay at the Commodore – one of Cape Town’s most prestigious hotels. This offer couldn’t have come at a better time as one of the properties I was supposed to review burnt to the ground in a bushfire. Never thought that was something I would type.

Our Commodore Hotel room turned out to be a massive suite with ridiculous views and even more ridiculous amenities – like an open bar. Turns out this very room was the same one Bill Clinton stayed at while visiting Nelson Mandel in 1994. 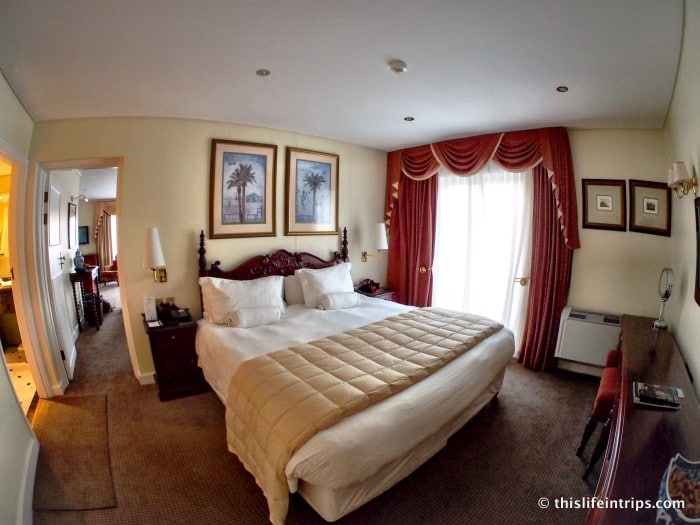 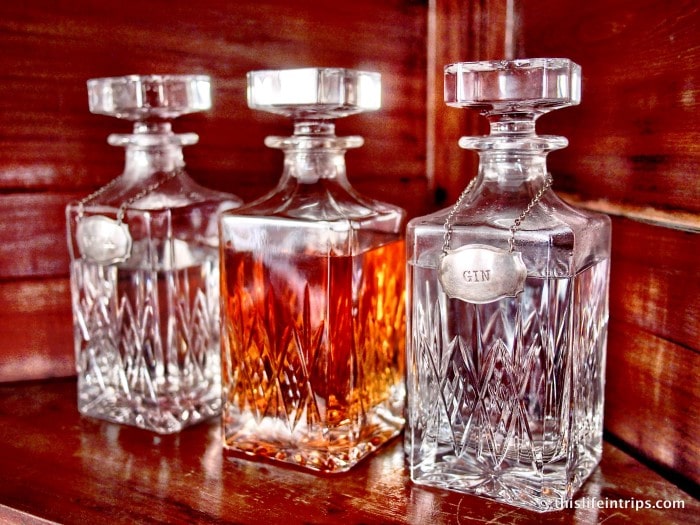 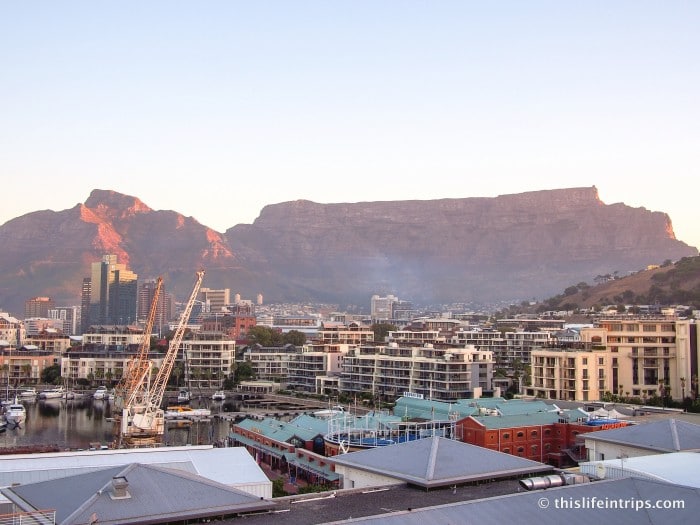 Not necessarily in that order of course. With an amazing home base to tour Cape Town’s V&A Waterfront from I was off to give it a shot. The first thing I noticed while wandering the picturesque harbour setting was the prices at the restaurants and bars were reasonable. Typically these high tourist concentrated sites gouge you on quality and price but this was not the case.

After a couple of drinks I was starting to come around on the V&A Waterfront. 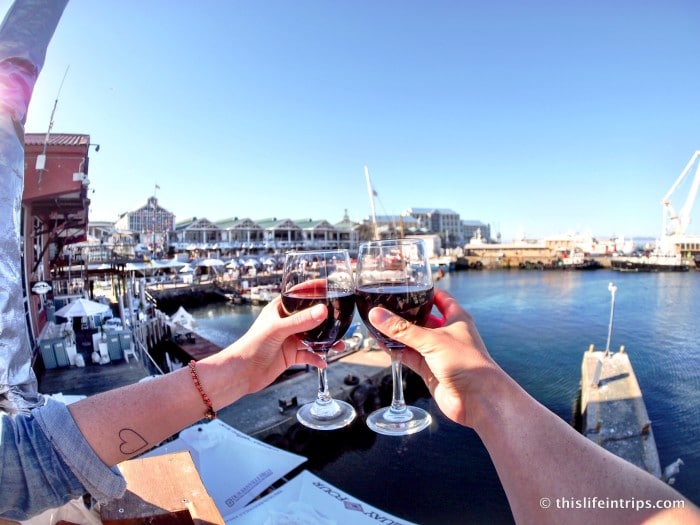 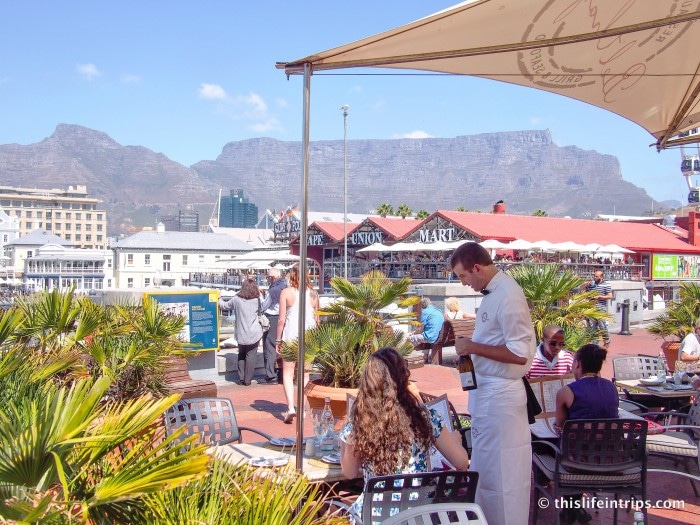 With no shortage of restaurants it was tough to choose where to eat. This was, of course, until we stumbled up on the Watershed. This massive artisan mall has plenty of stalls selling craft gifts (like a guitar made from an oil can) to clothing and souvenirs you would actually give people. What a concept! 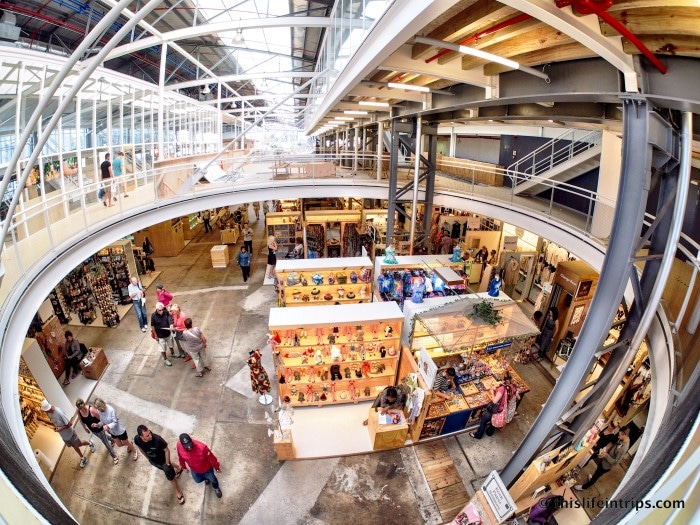 After touring the market we decided on some food from the Watershed vendors. From craft coffee and ice cream to biltong and fresh pressed juice, this is a hipsters hangout. Throw in vendors serving dishes from around the globe and I was sold. 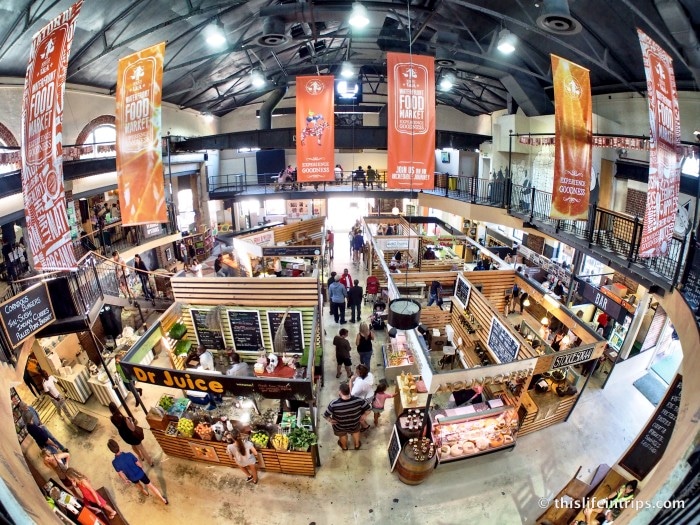 Walking around the V&A Waterfront I couldn’t help but notice how picturesque it is. With the waterfront setting and a Table Mountain backdrop, this area of town is worth the postcard views alone. 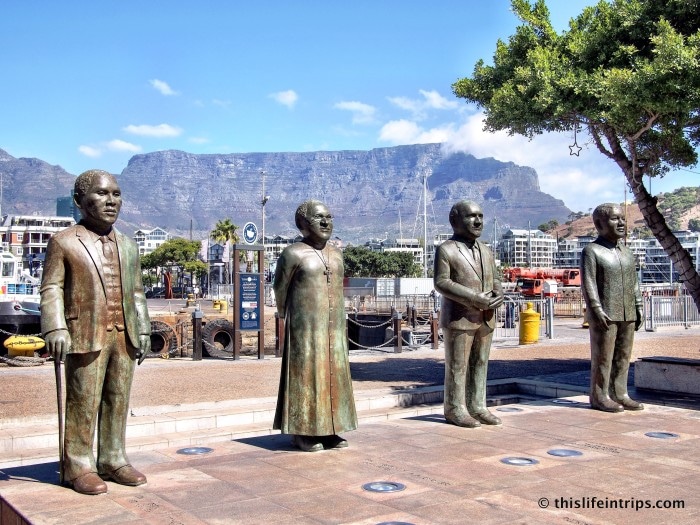 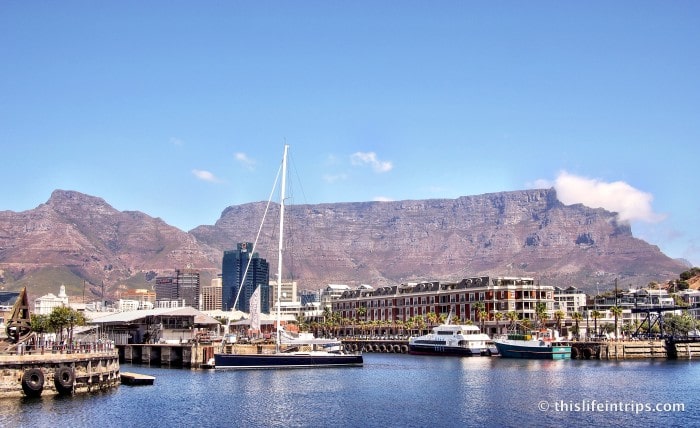 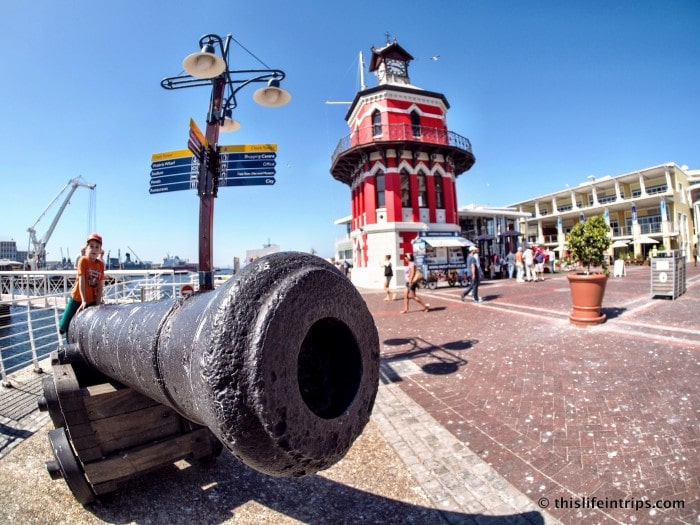 Really, all I needed to come around on the V&A Waterfront was some good food and drinks at a reasonable price. This new mindset made me realize that the V&A Waterfront is actually pretty great. There are a ton of tourist activities to take part in from the harbour including boat cruises, helicopter rides, and fishing trips.  There is also a ferris wheel for the kiddies. Although I didn’t sample any of these activities I did hit the Springbok Experience Rugby Museum which turned out to be pretty awesome. 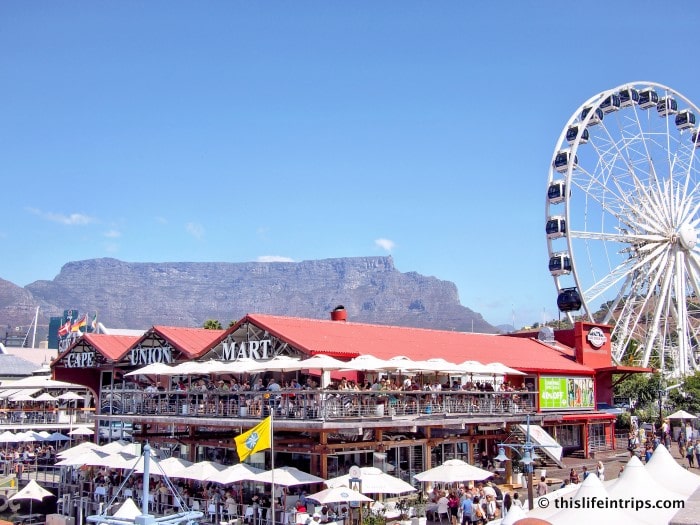 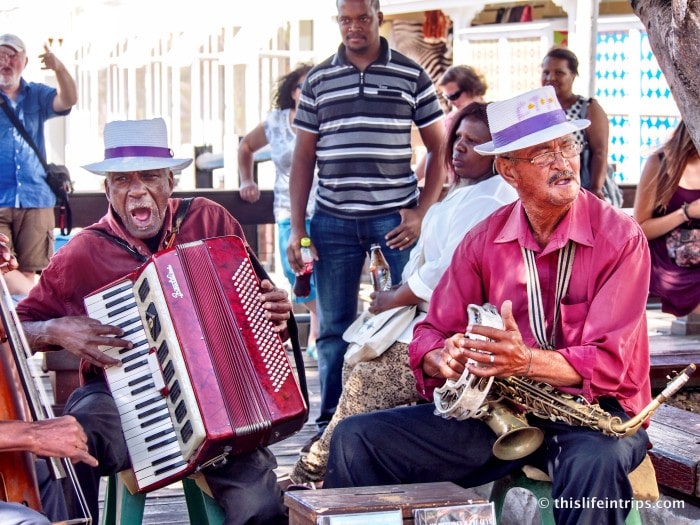 The Rugby Museum is more interesting than it sounds. South Africa had a tough go on the sporting side of things during Apartheid and this is well documented in the Rugby Museum. Most notably was the petition book New Zealand presented South Africa with in protest of some Rugby matches played in their country against the Springbok. In it there is a request for this book to be on display in a museum someday which the Rugby Museum has done in chilling fashion. 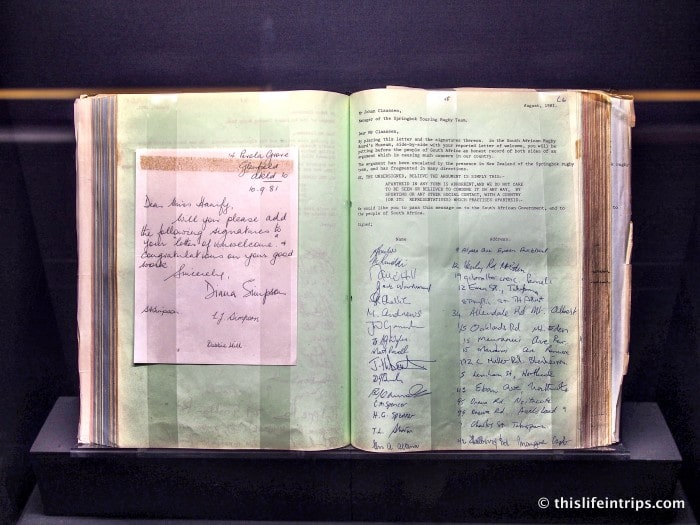 Oh, the rugby museum also has stuff on rugby, which I am clearly a big fan of after watching a game at Newlands. Don’t miss the fun/cheesy interactive displays and the tribute to the 1995 World Cup champions! 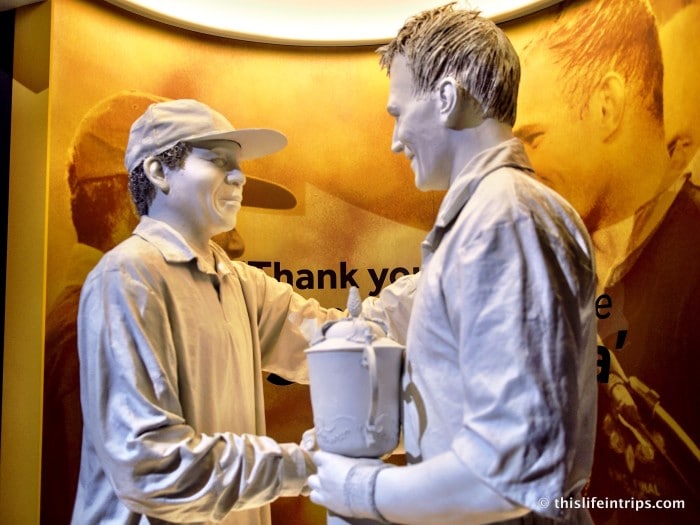 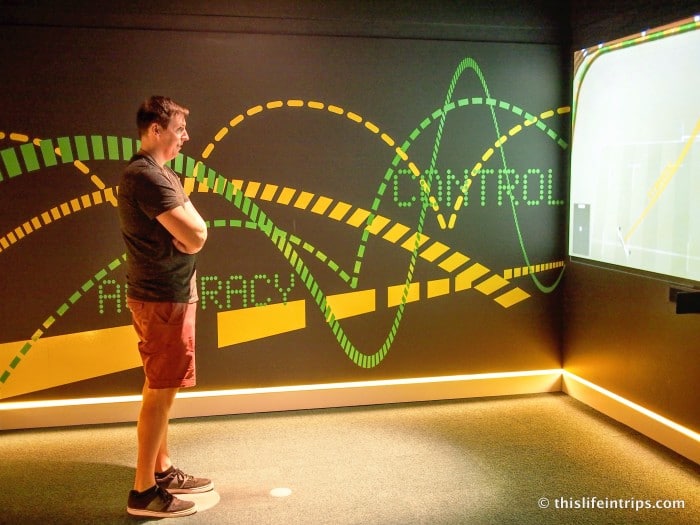 The V&A Waterfront is also the departure point to Robben Island. This is a must when in Cape Town. 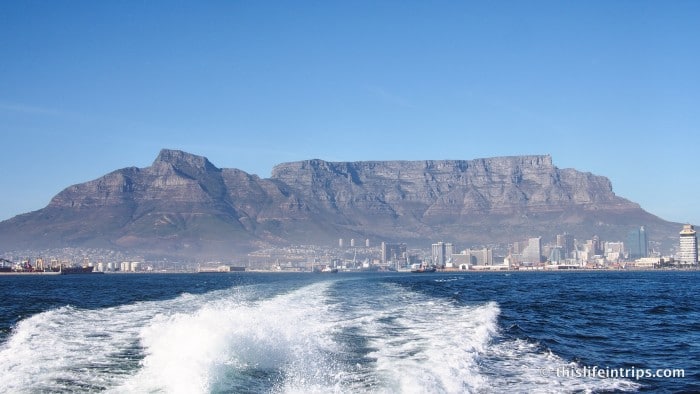 Not only is Cape Town’s V&A Waterfront the gateway to Robben Island for tourists, it was once the departure point for those unfortunate inmates held there. Cape Town’s waterfront has not forgotten this dark past and has turned Jetty 1 into a memorial/museum. This free exhibit houses several interactive displays and multimedia installations that are more than worth a visit. 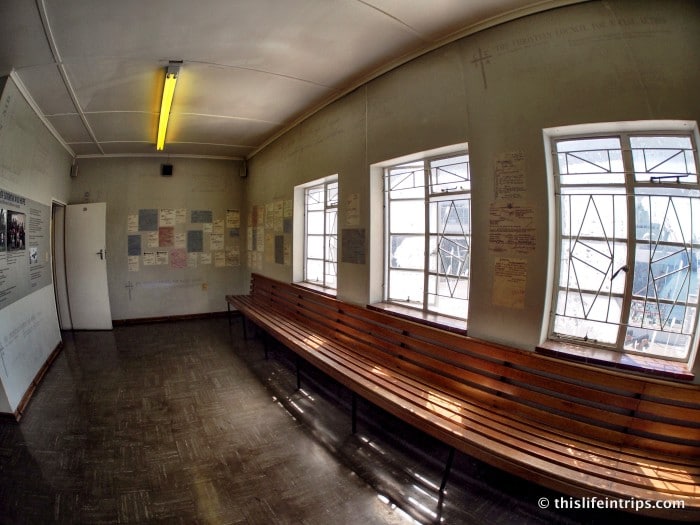 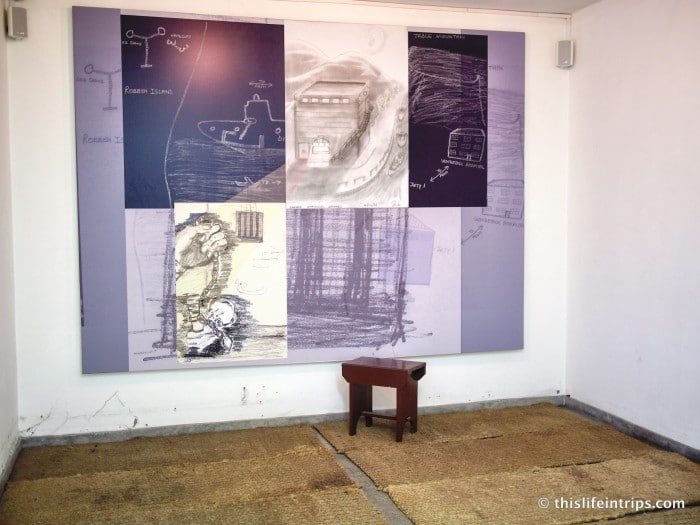 Don’t Write off the V&A Waterfront

From the great food, crafts, and departure point for fun activities like boat tours and helicopter rides, the V&A Waterfront is worth a visit. I went from being sceptical to visiting a couple times while I was living in Cape Town and urge you to do the same. Clearly not all waterfront tourist sites are created equal. 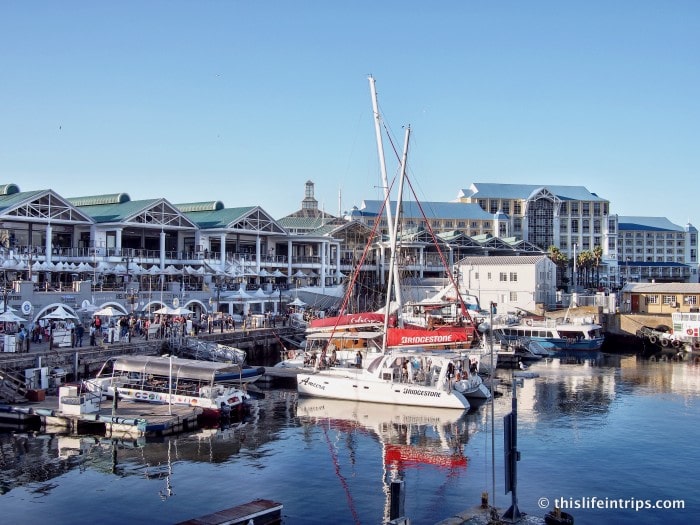 What say you?
Thoughts on visiting the V&A Waterfront in Cape Town?
Let’s hear it! 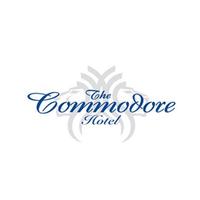 Although I was provided a complimentary stay at the Commodore Hotel,
the experience, opinions, and coming around on the V&A Waterfront are my own.