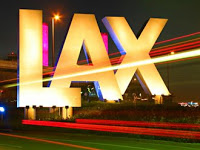 Navigating LAX is something else. There is no stopping so we had to keep circling the huge airport while we waited for Erin’s flight to arrive. we stopped several times only to be politely asked to move on by police of security. At one point an officer that was a spitting image of Police Academy’s “High Tower” (and just as bright) tapped on my window and questioned me about the temp plates on the Jeep. He was very abrupt and words like Edmonton, Canada, and temporary registration seemed to confuse him. He let us be and probably went for a juice box and a lay down as his head must have been spinning.

Once Erin landed we packed up her bags and headed south down the pacific highway and along the Cali coast. Traffic was horrendous on the highways except for the car pool lane which was surprisingly empty. It blew our minds that all the vehicles stuck in traffic had only one occupant. Good for us as we flew past with little to no slow downs.

Our first stop was Laguna Beach. We had lunch at a recommended taco stand then went and relaxed on the beach. 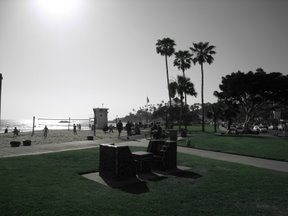 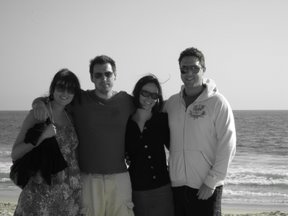 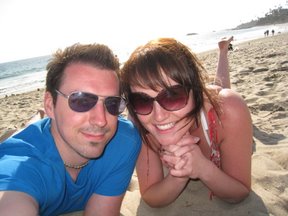 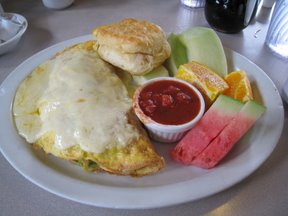 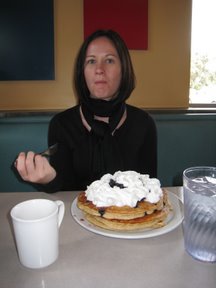 We didn’t stay long as we wanted to get to San Diego before dark. We did however stop along the way to watch the sunset on a beach. Being the “best idea of the day” kind of guy we grabbed a bottle of wine and sat and enjoyed the view.

It was amazing. There was even dolphins playing in the surf in front of us. Cali coast bonus feature – I took this time lapsed video with my new camera:

Once in San Diego we made our way to our hotel, another Hyatt and another great find on Priceline. Being exhausted from the previous days events and Erin from her flight, we had a quiet night. This allowed us to get up early the next day and enjoy a nice “light” breakfast before heading to the San Diego Zoo: 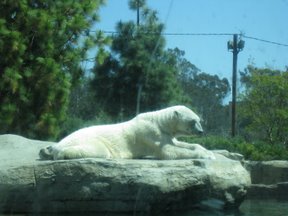 The zoo was nice but I got to say I expected a little something more. What I don’t know. Some sort of exotic, endangered animal I have never heard of perhaps? Not Polar bears in +32 heat.

My camera sadly died so no more caged animal photos for you I’m afraid.