To B and B

Driving on little sleep is never a good idea, even worse in a place where moose out number people. Thankfully I did not hit any “Newfie speed bumps” but was on alert non the less. I was also kept alert by passing race cars from the Targa car rally which was cool to see. 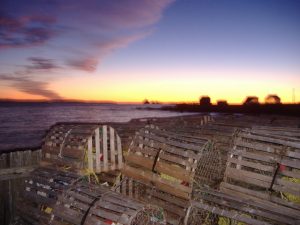 sta around 8:00 pm and pulled up to a bed and breakfast. I was pretty hesitant about staying at a strangers place and eating with them but was so glad I did. It was like staying at a hostel for adults and I loved it. I planed on going straight to bed but ended up drinking homemade blueberry wine (made from hand-picked berries) with the owners and 2 other couples staying there. We shared stories, ate homemade blueberry pie, and laughed. It was great…The experience not the pie. The pie was delicious. 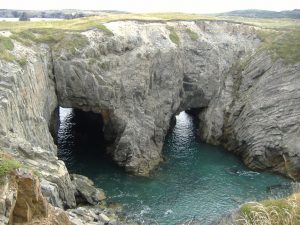 The elderly couple running the B and B were lovely and so friendly. Breakfast was awesome and was highlighted by 5 different home-made jams. I was planning on an early start but after breakfast we all chatted. One of the couples was in their 70’s but you could not tell. They were hiking everyday and attribute their good health to healthy eating. Soy milk, little red meat and dairy. Very inspiring couple and I hope to be doing what they’re doing at their age. I also hope my loved ones can enjoy that kind of life too.

ut 11:00 am by the time I left. I was hugged by everyone and told I was like family which was nice…Cause now I have options when it comes to family! 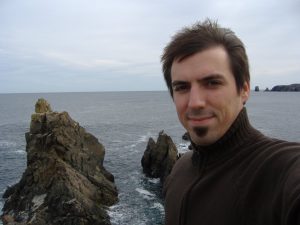 I visited the sites in the small town then headed out to the lighthouse. There they have a statue of Jon Cabot whom is said in 1497 to have landed on the Bonavista peninsula. After that I headed to the Dungeon which is a huge hole carved out by rushing sea water through two arc ways. (got that?) A very cool site and reminded me of the coast in southern Portugal. I sat there for quite a while and took into all in. It was a very peaceful spot.

I continued down the coast through small villages and towns until I reached Trinity East. From there I hiked a trail that is said to be one of the top 5 in Canada. It did not disappoint, There was some breathtaking spots. I took so many pictures. At one spot I sat on top of a cliff overlooking the ocean. It was amazing. Every now and then I will have these moments, quite often actually, where I will smile then laugh out loud cause I realize where I am and how odd it sounds. I was having one of those moments on this cliff and I chuckled, “I’m in Newfoundland!” Just then a huge bald eagle cam 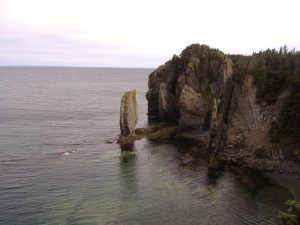 e up the cliff and turned less that 5 feet away from me. The noise from its massive wings scared the crap out of me. It was such a surreal moment. I was waiting to hear someone say “Cut! We got it” as it could have been a Newfoundland tourism commercial.

I finished the 5K trail and then made my way to Trinity. That’s where I was supposed to go kayaking but the forecast was not looking so good thanks to hurricane Florence. Thanks Flo. I walked around the pretty town for a bit then thought that if I’m gonna get caught in a hurricane I might as well be somewhere I can do something inside. The only thing I could think of was the air museum in Gander, And from my brothers mouth, the most beautiful women in Canada work at the Tim Horton’s in Gander.