A Day in Rio 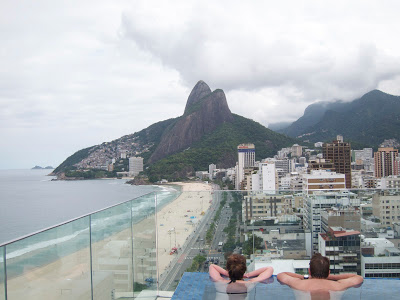 There is nothing quite like sweating out the meat from a previous nights feast while laying on the beach. Fat man’s heaven. We played in the surf for awhile before heading to our now private (as the hotel emptied after the weekend) roof top patio. Again, rough life.
We went from riches to rags heading back to our hostel to catch a city tour. With limited time left we opted to pack all the sights into one day. First up was the big man himself, JC. The clouds rolled in as we left the hostel and were told that its not much fun when you cant see 2 feet in front of you.  Thankfully the clouds parted as we made our way to the top of corcocado mountain. Like  “he’s on the dashboard for the entire country” – Homer Simpson,  Christ the redeemer stands – tall. Up close it is one big messiah. With the parting of the clouds we were presented with amazing views of the beautiful city of Rio and its surrounding neighborhoods. 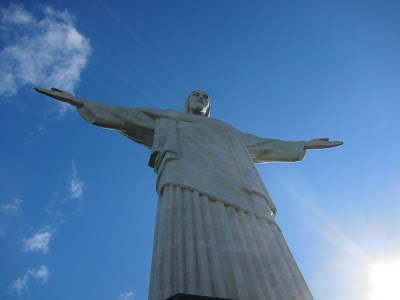 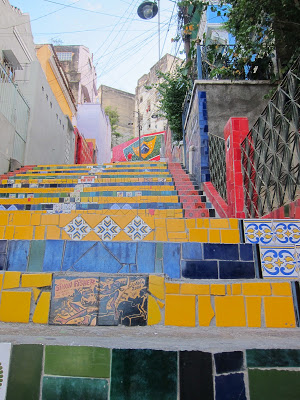 We had little time to take it all in as we were whisked away to our next stop, Santa Teresa. We were only given a brief look at this pretty little neighborhood before being picked up and deposited at the 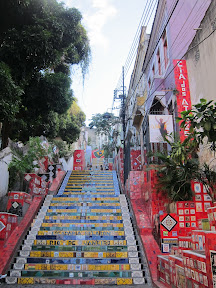 Lappa steps. This art project started as a renovation of some dilapidated steps by using blue, green and yellow tiles – the colors of the Brazilian flag. This never ending piece is now made up of tiles donated and collected from countries all over the world. In a few short steps we covered our South American trip with tiles from New Orleans, BA, Uruguay and Iguazu falls.

Again, too soon we were rounded up and brought to the Cathedral of Rio de Janeiro. This Aztec looking church has a standing room capacity of 20,000 and some pretty wicked acoustics. Oddly Gothic and ugly, it was not the highlight of the day.

Sugar loaf mountain at sunset was next. This giant loaf shaped mountain rises to 1,300 feet above the Atlantic ocean and once again we were given amazing views of this ridiculously beautiful city. Thankfully on the giant cable car ride we didn’t have to fend off Jaws from James Bond. 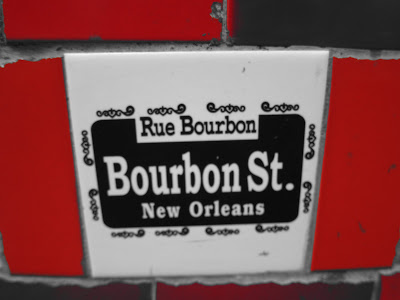 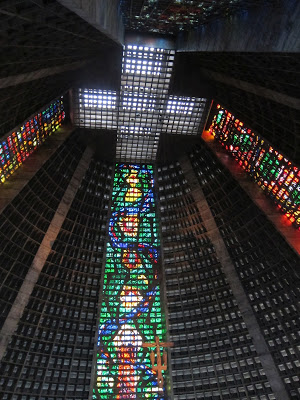 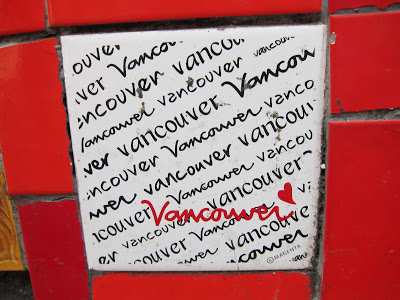 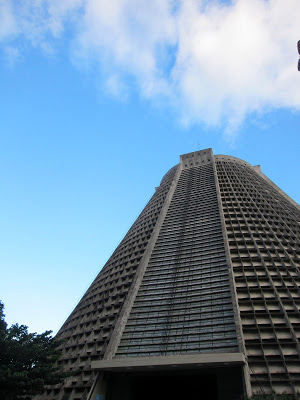 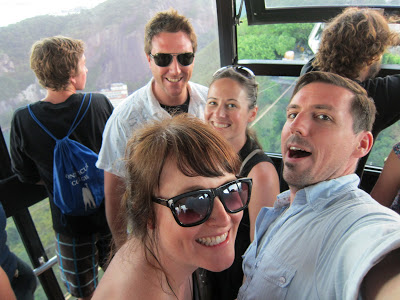 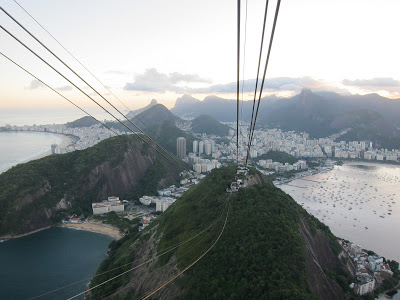 With that our quick tour was over. It would have been nice to spend more time at each spot and explore the neighborhoods more but we did cover a lot of ground without getting kidnapped or robbed. Back in our safe and swanky neighborhood we decided to eat cheap and hit a grocery store for meats, cheeses, olives, bread and of course wine. We also drank a gauntlet of booze as we stocked up on the way into the country as, like Canada, alcohol is heavily taxed. Drunk like teenagers we headed back to the hostel bar for happy hour and drank with some young Brits we met on the tour. This was an age check where I was told by Erin, and reconfirmed by Justin and Alison that we are indeed, old. With that went to bed.

All in all, an amazing day in Rio. 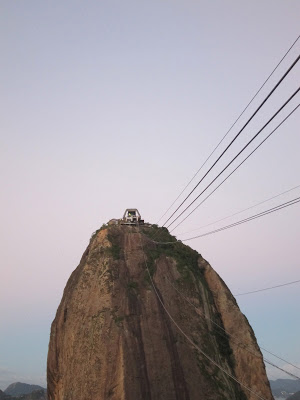 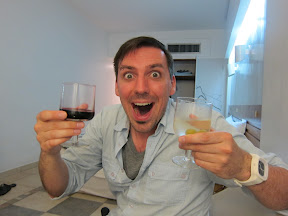 A girl on our city tour stayed there 3 nights and said she would never go back. Still, can we really go to Rio and not see this iconic beach? Barry Manelow would surely say no. It wouldn’t be a day in Rio without a visit to Copacabana. 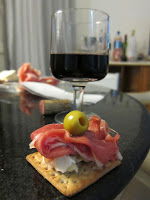 So with that in mind we cruised the length of Ipanema and continued on to Copacabana with the intention of not stopping except for a couple pictures. Its amazing how worked up we got from other peoples experiences. Everyone was out to mug us in our minds. In the end we escaped just fine. The beach is long and definitely older than Ipanema . It was easy to see it as the hottest spot “south” of Havana back in the day –  in the song, “north” referred to a club in New York called Copacabana…fun fact of the day. 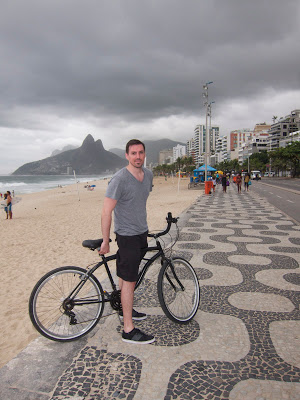 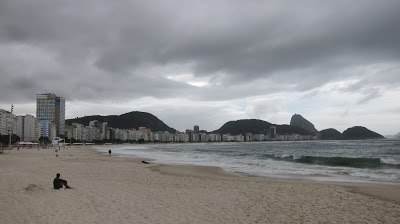 Beach side coconuts and one last meal of empanadas and frozen acai berry followed. 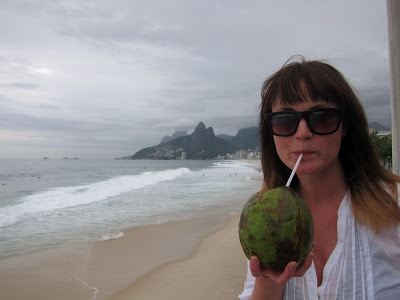 And of course one last Caprinahs before heading home. 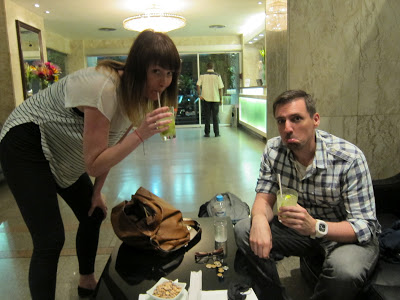 All in all a very short but great trip. When we travel it is like we are on the Amazing Race but I’m not sure I would have it any other way. 4 countries in 2 weeks filled with great food, drink and overall good times. The flight home was not so good for Justin and Allison. Their connections proved to be too tight and resulted in 2 missed flights, 1 lost bag and 24 hours to get home.