Looking for things to do in Thunder Bay, Ontario? Read on for a great list of sights, activities, and eats in the “Canadian Lakehead.”

From its fur trading origins to its importance as a transportation hub on the Great Lakes, Thunder Bay has been a unique stopping ground for centuries. Today, it provides a welcome escape for weary-eyed travellers on the TransCanada highway. Those that stick around will find much to discover. Here are 10 great things to do in Thunder Bay, Ontario.

Terry Fox set out to run across Canada to raise awareness and funds for cancer research. This, by any means, is a gruelling task. In Terry’s case, unimaginable as he was attempting it on one leg.

At just 18 years old, cancer took his right leg. Not to be beaten, Terry set out on his Marathon of Hope. Sadly, after 143 days and covering 5,373 kilometres, Terry’s cancer returned, this time in his lungs. He was forced to stop his journey just outside of Thunder Bay.

On that very spot, a memorial can be found including an information centre and statue commemorating this national hero. It’s a very fitting tribute for someone who has raised over $800 million since then for cancer research.

For more information on Terry’s incredible story and details on how you can donate, please visit the Terry Fox Foundation website.

Looming beyond Thunder Bay’s harbour is a rock formation resembling a figure resting on its back. This is a Sleeping Giant and hiking it is one of the most challenging and rewarding things to do in Thunder Bay.

At over 563 metres tall, climbing the Sleeping Giant is no easy task. After a 5 km walk or bike ride, the trail heads uphill for 2.7 km. Those that make the trek are rewarded with sweeping views of Lake Superior and the massive gorge that looks like it would be at home in a Norwegian Fjord.

More detail on hiking Sleeping Giant, see my full write up below!

Although I can say climbing Sleep Giant is a must do and was my highlight from my time checking out the things to do in Thunder Bay, there’s plenty of other great activities to do in Sleeping Giant Provincial Park. Renting a canoe and paddling the calm waters of Louis Marie lake is a great way to take in a sunset. The loons were calling on my visit and I enjoyed it all with a Sleeping Giant beer. What’s more Canadian that!?

The Sleeping Giant is so entrenched in Thunder Bay‘s culture you can even find it on tap.

Sleeping Giant Brewery offers a collection of locally brewed craft beer and is a perfect sundowner companion after that hike or paddle. Alternatively, you can visit the tap room and sample it from the source!

Sleeping Giant isn’t the only brewery in town. On my visit I checked out Dawson Trail and highly recommend their Pilsner and Bitter.

A cascading set of falls on the Kaministiquia River, Kakabeka Falls is the second-highest in the province and is often referred to as the “Niagara of the North.” Locate a short 30-minute drive from downtown Thunder Bay, visitors will find plenty of walking trails including boardwalks along both sides of the river and a bridge connecting them. Camping on site is also available.

A Persian in Thunder Bay is a sweet pastry. Think cinnamon roll with pink frosting. Oddly, its origins have nothing to do with the Middle East or an immigrant baker.

The story of the Persian dates back to the 1940s when an American general named Jack Pershing met local baker Art Bennett. Art had just created the sweet treat and decided to name it after his new American friend.

Since then, the Persian has become a locally loved treat. It can be found at the Persian Man Bakery (two locations in town) and at local grocery shops.

Pioneer Village allows visitors to “touch history.” There are several shops restored to original detail and plenty of characters to chat with.

Fort William brings Thunder Bay’s fur trading past to list. Spread out over 250 acres, historic Fort William includes several buildings and activities to enjoy. Guests can visit the massive and modern visitor centre and learn about Fort Williams strategic location and on the Kaministiquia river and how it became an import gateway to the west for paddling canoes peddling pelts.

Here’s a fun fact; Outside of Finland, Thunder Bay is home to the highest concentration of Finish people. With that comes some of their unique culture, one being their delicious Finish Pancakes.

These thin and buttery flapjacks are served with plenty of syrup and topped with more butter. Think a pancake/crepe hybrid. The result is one of the best pancakes you’ll ever have.

This dish can be found in most diners and eateries around town. I went to the Java Hut and can recommend for the unique experience and menu that stretches far beyond your typical coffee shop.

Last up on this list of 10 things to do in Thunder Bay is enjoying its waterfront and downtown core.

Thunder Bay’s Waterfront District received a recent makeover and has plenty to offer. With Lake Superior dotted with sailboats and the Sleeping Giant as its backdrop, Thunder Bay’s waterfront makes for a great evening stroll.

There are several shops, restaurants, and pubs in the area along with plenty of public art. Those looking to get out on the lake can find boat tours at Pier 3. You will also find the Alexander Henry Museum Ship which is well worth a visit.

Where to Stay in Thunder Bay?

As it continues to be a transportation hub, Thunder Bay has plenty of accommodation options. I stayed at the Valhalla Inn Hotel and can recommend for its rustic modern rooms and claims at being the most unique hotel in the city. The onsite viking themed bar is also a nice touch!

What Do You Think of These Things To Do in Thunder Bay?

There you have it, 10 great things to do in Thunder Bay. From its natural beauty to its pink frosted treats and pints of local beer, there’s plenty to love about Northern Ontario’s second largest city.

Hopefully this will help you stick around for a couple days if you are driving through. Better yet, Thunder Bay makes for an interesting weekend trip. With direct flights from Winnipeg, Sioux Falls, and both Toronto airports, getting to Thunder Bay is easier than you think!

–> Search for the cheapest flights to Thunder Bay with Skyscanner

What say you?
Thoughts on these 10 Things To Do in Thunder Bay, Ontario?
Let’s hear it! 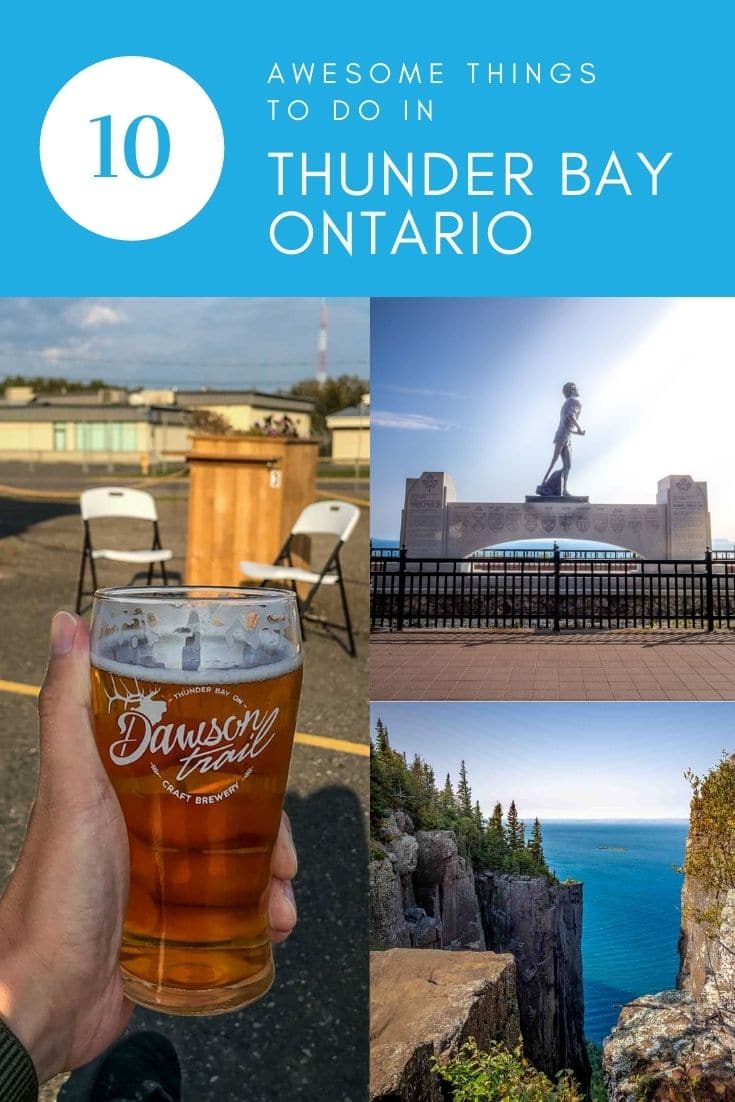 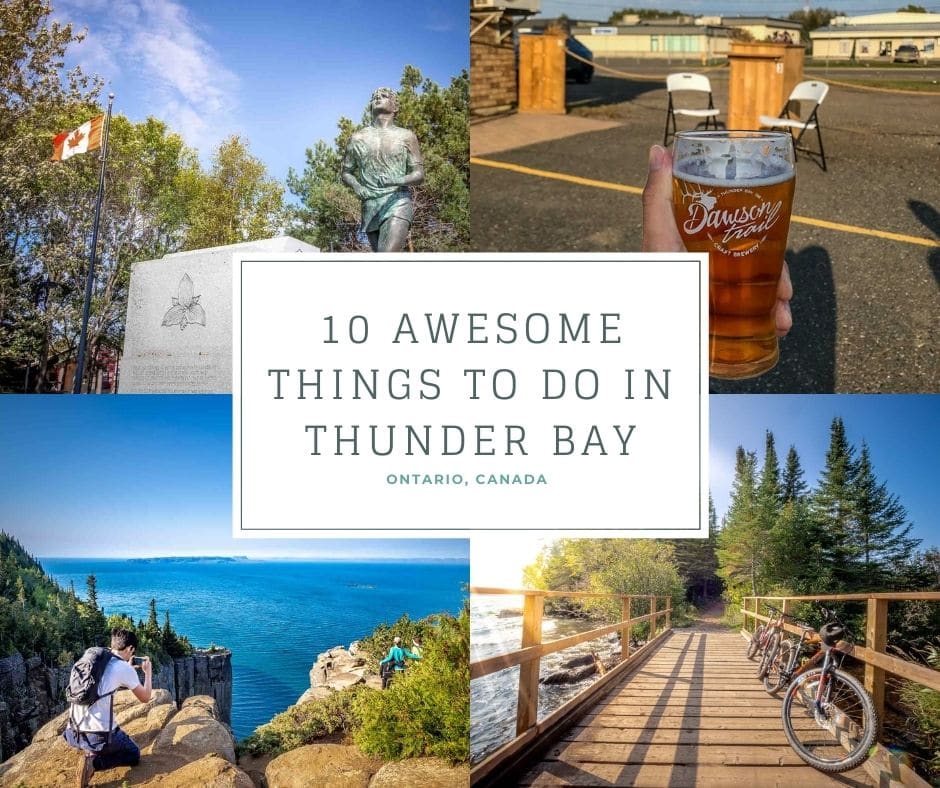 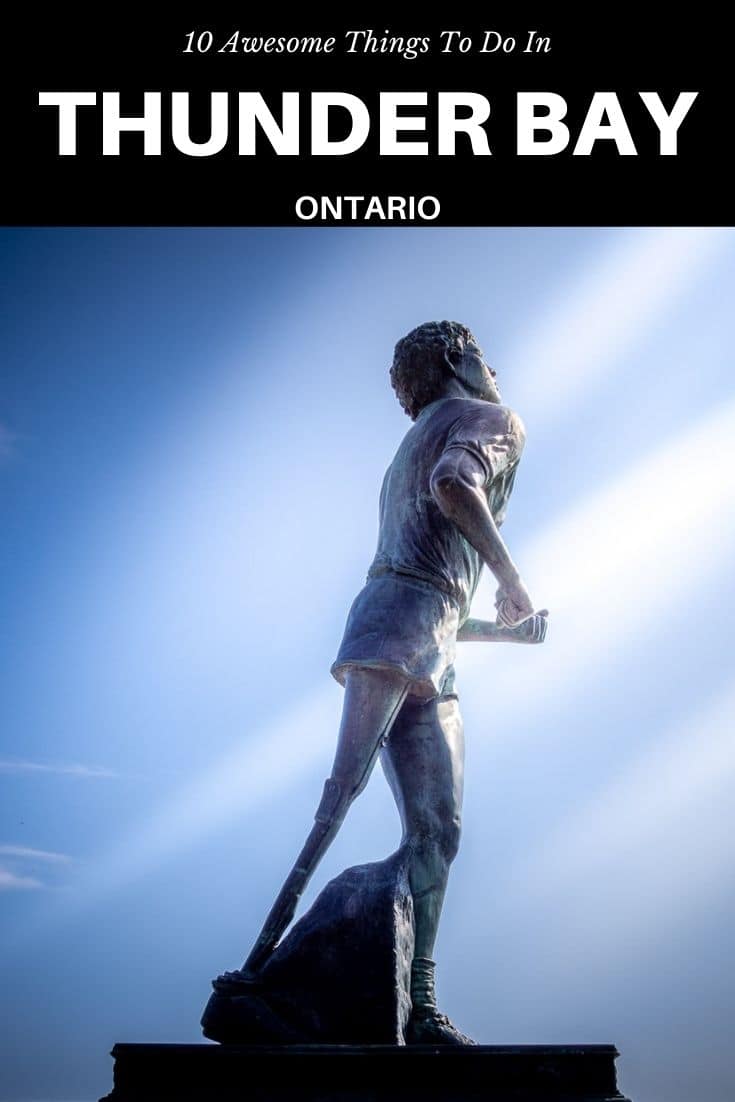 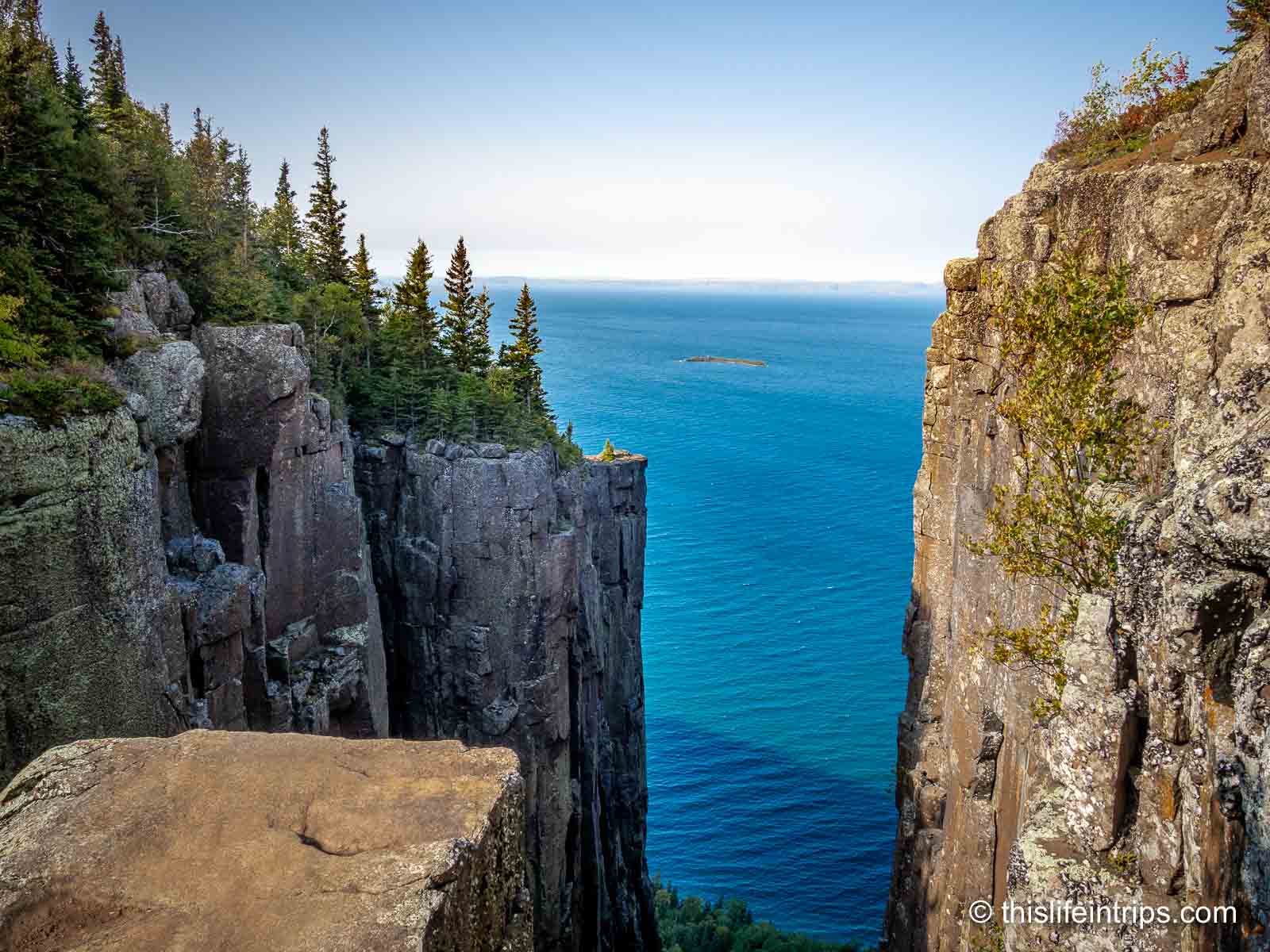